Huddersfield Town supporters can now watch highlights from the Terriers’ action-packed 2-1 win over Bristol City on Tuesday night in the Sky Bet Championship.

The win sealed an important three points for Town, which were well earned after the hosts impressive attacking display.

Bristol City struggled to contain Town’s forward advances from the off, with Emile Smith Rowe and Lewis O’Brien posing an immense threat.

There were many chances for Town, who finally opened the scoring through an exquisite strike from Chris Willock, one that would give him his first goal for Huddersfield Town, backed by the almighty roar of the home crowd.

The Terriers continued their dominance into the second half and were awarded a penalty after Emile was brought down in the box.

Karlan Grant stepped up to the spot and converted the penalty into a goal, getting his 14th Sky Bet Championship goal of the season and providing Town with a comfortable lead.

That cushion would prove vital as Bristol managed to find the back of the net through Famara Diedhiou in the 89th minute, ensuring a tense finish.

Town hung on however, their resilience rewarding them with all three points come the full-time whistle.

Want to be a part of Town's next game at the John Smith's Stadium? CLICK HERE to support your Terriers against Charlton Athletic! 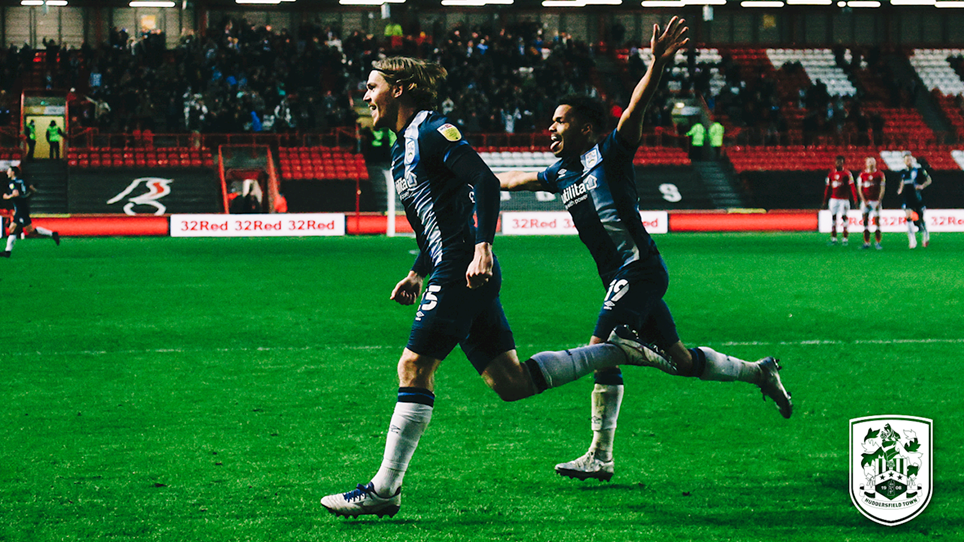 
All the best bits from Town’s win over Bristol