Huddersfield Town return to the John Smith’s Stadium on Tuesday 25 February 2020 with the visit of Bristol City in the Sky Bet Championship; 7.45pm kick-off.

The Terriers will be looking to bounce back from the defeat to Swansea City.

Tuesday night’s game is the first of two home games for Town in quick succession with the visit of Charlton Athletic to come at the weekend.

Danny Cowley’s side will be looking for a response against the Robins having lost the reverse fixture 5-2 at Ashton Gate in November.

Bristol City come into the game off the back of two defeats. Lee Johnson’s side lost 1-0 to Leeds United at Elland Road before being beaten 3-0 by West Bromwich Albion at home.

The Robins have been in relatively impressive form from their eight Sky Bet Championship games since the turn of the year, picking up 15 points in the process.

Nine of those points have come on the road with victories away at Wigan Athletic, Reading and Queens Park Rangers already in 2020.

Their form means they now occupy 7th place and sit just outside of the Play-Off positions, only behind Preston North End on goal difference.

Manager Lee Johnson took the job in 2016 having played for the Robins for six years during his playing career.

He’s now in his fourth full season at the Club and will look back on the reverse fixture fondly, having seen his Robins side run out 5-2 winners at Ashton Gate.

Williams began his career with Hednesford Town and Stockport County before progressing through the leagues with Swansea City. The central defender made over 350 appearances for Swansea before a move to Everton and a loan spell with Stoke City. The Welsh international joined the Robins on an initial short-term deal in the summer before extending it until the end of the season in November. 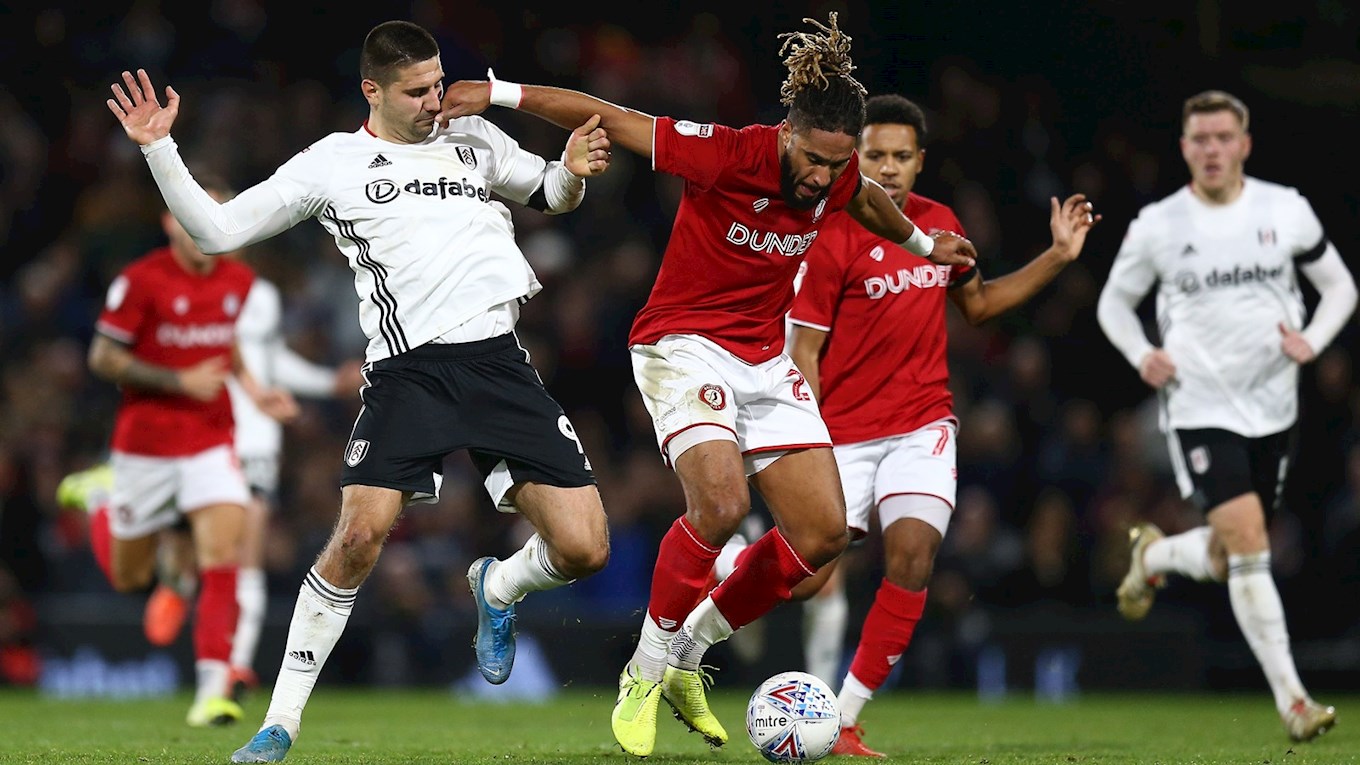 The Swedish-born winger has been Bristol City’s main creative threat since moving to Ashton Gate in August 2017. Before then, he played in his home country, spending time with Falkenbergs FF, IFK Norrköping and AIK. In 2019/20, he currently ranks second in the Sky Bet Championship for assists with 12 behind only Matheus Pereira of West Bromwich Albion (13). 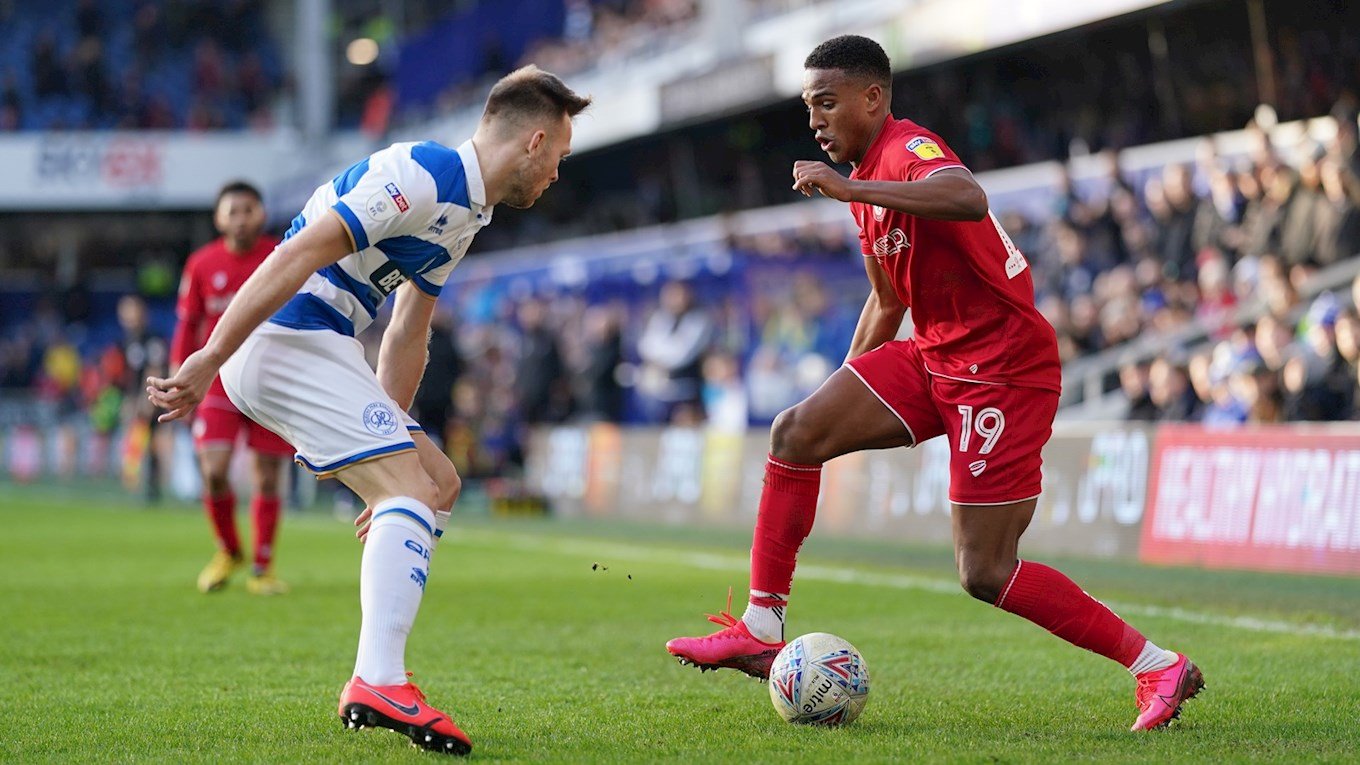 Having turned professional in 2012, the forward played all of his football in France at the likes of Sochaux, Clermont and Angers, before signing for Lee Johnson’s side in 2017. Since then, the 27-year-old has played over a century of games for the Club, scoring 38 goals, with 11 of those coming so far in 2019/20. Diédhiou plays his international football for Senegal and currently has 10 senior caps to his name for Les Lions de la Téranga. 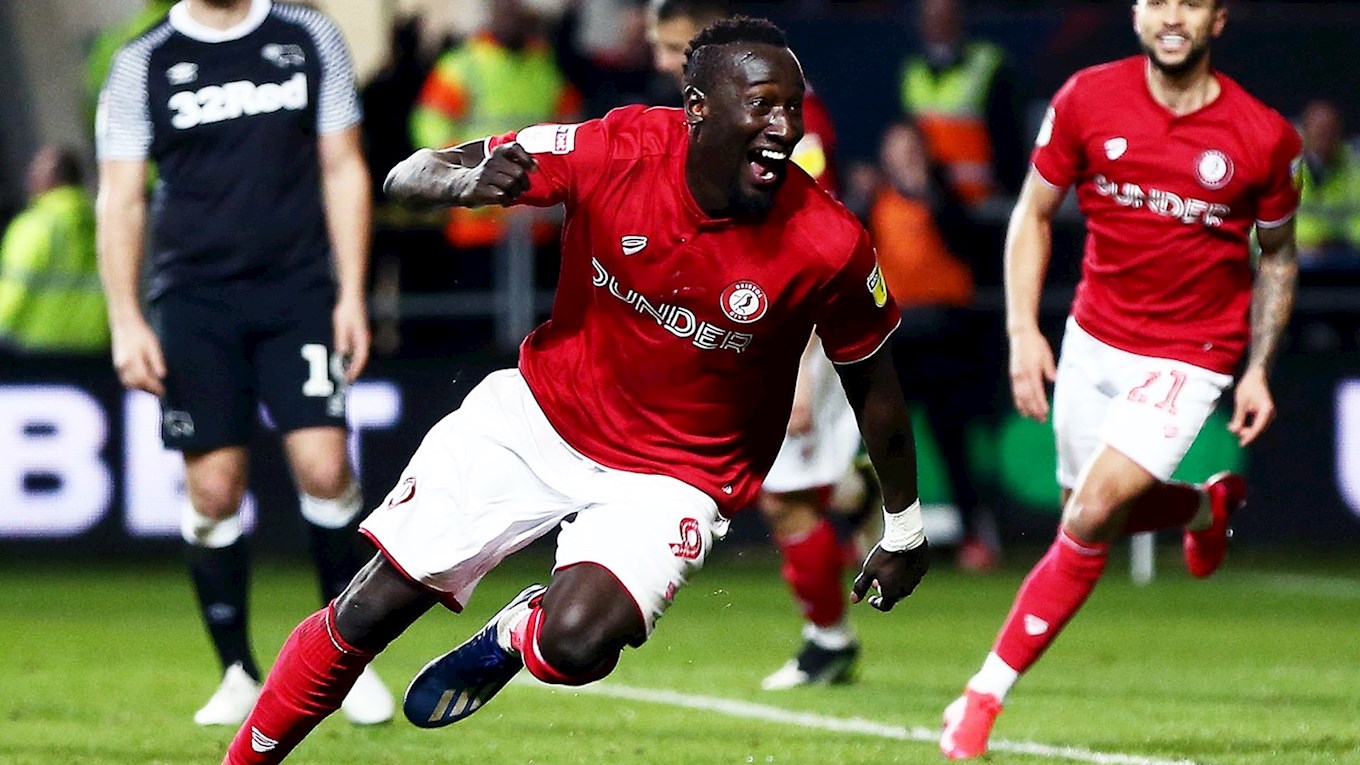 Tickets for Tuesday night’s game are still available – CLICK HERE to get yours!

Town will be back in the blue-and-white stripes for the visit of the Robins – CLICK HERE to buy yours!

Goals either side of half-time from Chris Willock and Karlan Grant earned Huddersfield Town a well-deserved 2-1 win over Bristol City in the Sky Bet Championship.

Willock netted the opener on his first Town start before Karlan Grant’s second half penalty turned out to be the all-important strike. Famara Diédhiou pulled one back late on for the visitors but Town survived the late scare to pick up all three points under the floodlights at the John Smith’s Stadium.

In an attempt to get back to winning ways under the Tuesday night lights, Danny Cowley made three changes to his starting XI for the visit of the Robins.

Having set up Town’s goal in the weekend’s loss to Swansea City, Chris Willock was given his first start for the Terriers, with Emile Smith Rowe and Fraizer Campbell also coming in.

On a chilly late-February evening it was Town that got off to the quicker start in West Yorkshire. A succession of early attacks allowed Emile Smith Rowe and Danny Simpson to try their luck, but neither could keep their efforts on target.

The game continued to grow into a physical one with both teams getting stuck in as the minutes ticked by. The two teams may have been well matched in the tackles, but it was the Terriers who looked more dangerous going forward.

Harry Toffolo’s perfectly flighted ball from the left looked to have picked out Fraizer Campbell in the box but the striker couldn’t connect with an audacious attempt.

Moments later, Campbell did have the ball in the net, only for the raising of the assistant referee’s flag. Chris Willock’s shot was pushed into the path of Karlan Grant who scrambled the ball to Campbell, with Town’s no.22 doing the rest only to be ruled offside.

The Terriers did have a well-deserved lead soon after though. Smith Rowe breezed forward and played in Chris Willock.

The winger cut inside before bending a left-footed strike into the far top corner to mark his inaugural Town start with his first goal for the Club, giving Danny Cowley’s side a 39th minute lead in the process.

Town might have been on top for the majority of the first half, but the visitors gave the Terriers a scare, seven minutes into the eight added on at the end of the opening 45.

Famara Diédhiou received the ball on the edge of the Town box, took a touch and drilled a low shot on to the base of the post, seconds before referee Robert Jones signalled for the interval.

Diédhiou was at the centre of the action when the two teams returned after the break too, getting in between Town’s centre-backs, but he couldn’t direct his header at the goal having connected with a cross from the left.

Town had to be patient and absorb the visitors’ pressure early in the half, and having done that, they got their reward and a chance to double the lead.

Smith Rowe was clattered by Nathan Baker in the box, with Grant stepping up to slot home his 14th goal of the campaign to put the Terriers 2-0 up on 63 minutes.

Now two goals ahead, Town were playing with a growing confidence as the game reached the 70-minute mark.

Campbell superbly picked out Grant in space on the left and switched the ball over to Town’s second goal-scorer. Grant drifted inside and saw his deflected shot knocked away by Bentley before heading the rebound back across goal for Smith Rowe who couldn’t keep his effort down.

Town’s top scorer was continuing to show a swagger about his game having found the net from the spot. He danced his way through multiple Robins’ defenders, but his driven effort swerved away from the goal.

If they weren’t shocked at not making it three on that occasion, they certainly were soon after. A neat interception from Lewis O’Brien allowed the midfielder to break alongside Smith Rowe.

After the latter’s shot was saved, Town’s no.39 could only find the side-netting from a close, but narrow position.

Steve Mounié had been introduced from the bench with just over 15 minutes to play and looked to get in on the act himself after another O’Brien interception, but the Benin international’s strike took off into the rainy West Yorkshire skies.

The Terriers looked to be the more likely to get the next goal, but it was the visitors who got one back to set up a nervy last few minutes at the John Smith’s Stadium.

Diédhiou was in the right place at the right time to help get the ball over the line and keep the visitors in the game going into the final few minutes of normal time.

Town stood up to the task once again, however, standing firm to ensure they would take all three points from the midweek encounter.

Next up for Town is the second of the back-to-back home games at the John Smith’s Stadium, with Charlton Athletic the visitors in the Sky Bet Championship on Saturday 29 February 2020; 3pm kick-off.