Speaking about the upcoming Walk 4 Pounds: The Sinnott 25, Jordan’s mother Mel Tait has shared how much it means to be working with the Club to raise funds for the charity in her son’s honour.

Taking place on Saturday 8 October, the latest Walk 4 Pounds will span 25 miles in honour of Jordan Sinnott’s age and the date on which he passed, going from his school in Menston to Bradford City’s home at Valley Parade before heading back to the John Smith’s Stadium in Huddersfield.

For full details about the walk, both the full and shorter route, how to register and all four of the charities set to benefit – The Jordan Sinnott Foundation, The Yorkshire Air Ambulance and The Town Foundation – please CLICK HERE.

Having set up the charity in Sinnott’s name after his passing, Jordan’s mother Mel has helped shed some light on the significance of the route being walked and the work any funds raised will help achieve.

“His school years were really important to him. St Mary’s Menston was absolutely amazing because it’s like a sports college as well and it wasn’t just about football for Jordan - it was about getting involved with as many sports as possible.

“Bradford City is who I have supported and Jordan always used to say that he would play there one day so it’s an amazing place to visit as well as Huddersfield, where he met a lot of his best friends and had a lot of his career from the youth team upwards, and he loved every minute of being at Town.” 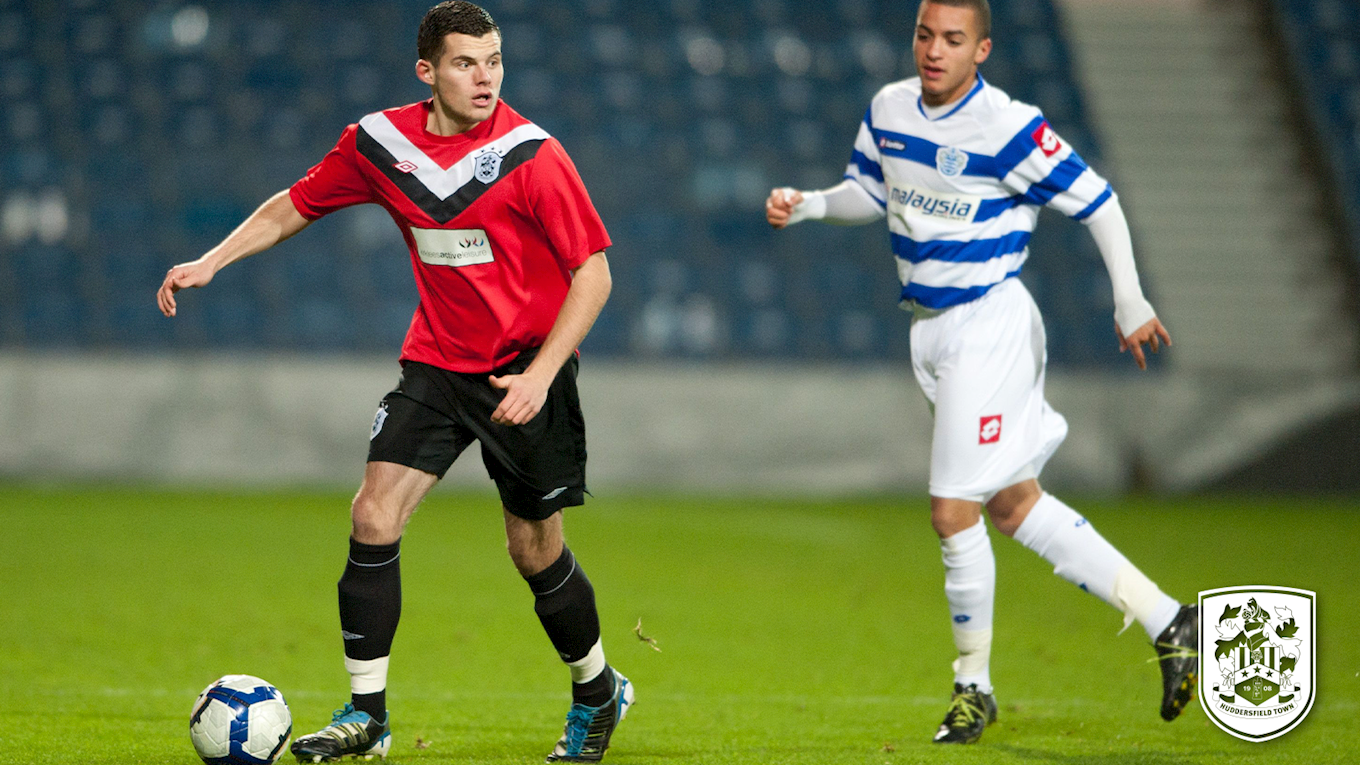 Close friends with several members of the current First Team, there are two players who were particularly close to Sinnott both on and off the field.

“Jordan had so many friends, he was in particular very close to Danny and Duane - he was Danny’s best man at his wedding, which was an amazing day for him. They were just thick as thieves those two!

“The amount of work Danny was doing with raising awareness through the Sinnott 25 shirts was incredible, and on the back of that he’s also a trustee for the charity. He is really at the forefront of everything about Jordan, so it’s brilliant, he’s never let up once, which is amazing.”

Having spent so much of his career with Town as both a member of the Academy before making some appearances at First Team level, Jordan was a familiar figure with both staff and supporters. Often returning to the John Smith’s Stadium, that familiarity is something that Mel has enjoyed experiencing from all at the Club since his passing.

“It’s not just the backroom staff at Town” she says, “when I’ve gone to the stadium and we’ve been doing the bucket collections, people have been coming up to me and telling stories about Jordan.

“They are just the most amazing fans at Town. What I think is that everyone comes together when something so tragic happens and the support that they’ve given myself and my family has just been unbelievable.

“They have been so generous, which has helped the Foundation as well, which in turn has helped get money to give to underprivileged and disadvantaged children so that their lives can be enriched through sport as well.”

To honour the memory of her son, Mel was central to the creation of The Jordan Sinnott Foundation, one of three charities in line to benefit from our latest Walk 4 Pounds. Opening up about the thinking behind the charity and the work they seek to complete, it’s great to know that any money raised will be going toward such a positive cause.

“We always wanted to set up a charity in Jordan’s name and the reason behind it was because Jordan was such a generous and loving person. I know it’s a bit of a cliché, but I used to say that he would give his last penny to anybody, and he definitely would.

“If we walked down the street and there was someone who was homeless, he took the time to stop and speak to them and give them some money, buy them a sandwich. So, on the back of the shirt campaign, we realised that it was a fantastic way to keep Jordan’s legacy alive and, in a way, give a little bit of something of Jordan to somebody who needed that extra little bit in their life.

“Predominantly we wanted his charity to be around sports, so not just football but any of aspect of sport or recreational play. So, what we did is we set up a charity, which is the Jordan Sinnott Foundation and it’s a grant process so people can go onto the website, look at the criteria and apply for grants either individually or as a group.

“It can be anything as little as sports equipment, somebody may need a kit to go and play in or it could be floodlights or absolutely anything that will help bring a smile to children’s faces and enrich their life through sport. Up to date, we have given over £100,000 out in total through grants.

“We were able to buy Leeds’ wheelchair football a particular chair and that is just amazing to watch them play football. When you do gift something and you see their faces light up, and Jordan was all about that big smile and that just makes everything. Seeing Jordan’s logo out there and keeping his legacy alive, that’s just everything to us.” 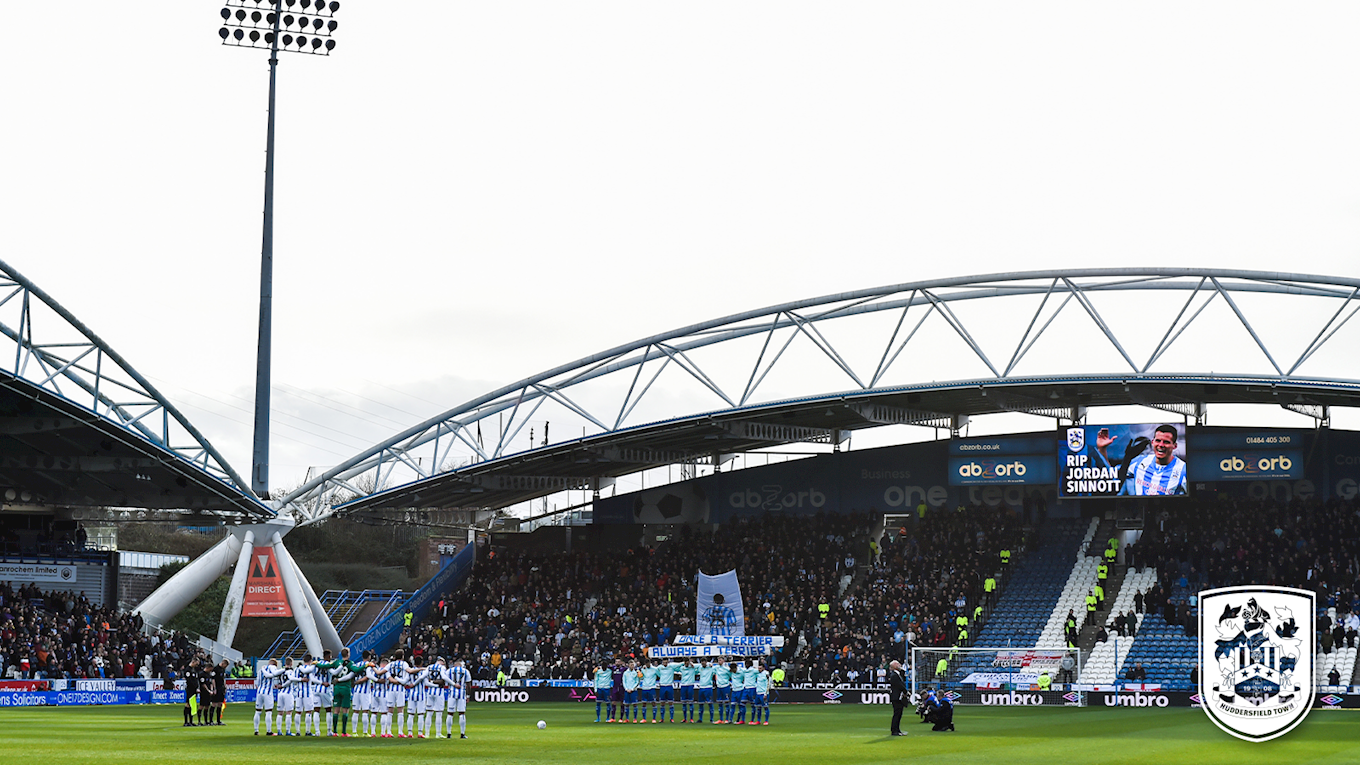 With the walk set to benefit three charities, Mel says she’d love to see as many people as possible taking part to raise as much as we can.

“It’s amazing when you come together as a community and do something good, not just for our charity but for other charities as well.

“So many charities need so much support these days because it’s so difficult, people are in such a difficult situation because of bills, money and trying to get funding, so any simple thing is just brilliant at the minute. But definitely, getting everybody together is just the main thing for us, it’s just fantastic.

“We want as many people as possible to join us - we recognise the number 25 because Jordan died on the 25th and he was just 25 years old, so the number 25 means so much to us. If anybody wants to join us and just have a leisurely walk for 25 miles, feel free!”

To find out more about Walk 4 Pounds: The Sinnott 25, please CLICK HERE!