Start your match day with our HTTV show

- Latest instalment of The Preview Show ahead of Luton
- #HTTV is joined by Lewis O’Brien, Harry Toffolo & Steven Chicken
- Watch it from 10am on Saturday morning

Kick-off your match day this weekend by watching The Preview Show ahead of Huddersfield Town’s Sky Bet Championship game at home to Luton Town!

Town’s show looks ahead to Saturday’s game at the John Smith’s Stadium and is the perfect way to start your match day!

This week’s instalment of The Preview Show ahead of the Luton game will be out on Saturday (7 November 2020) morning at 10am.

The quartet discuss the close friendship that Lewis and Harry have formed since the latter joined the Club at the start of 2020, as well as what they have learned under Head Coach Carlos Corberán.

Toffolo also discusses his recent achievement of playing 100 successive EFL games, whilst Steven looks ahead to another tough game against the Hatters on Saturday. 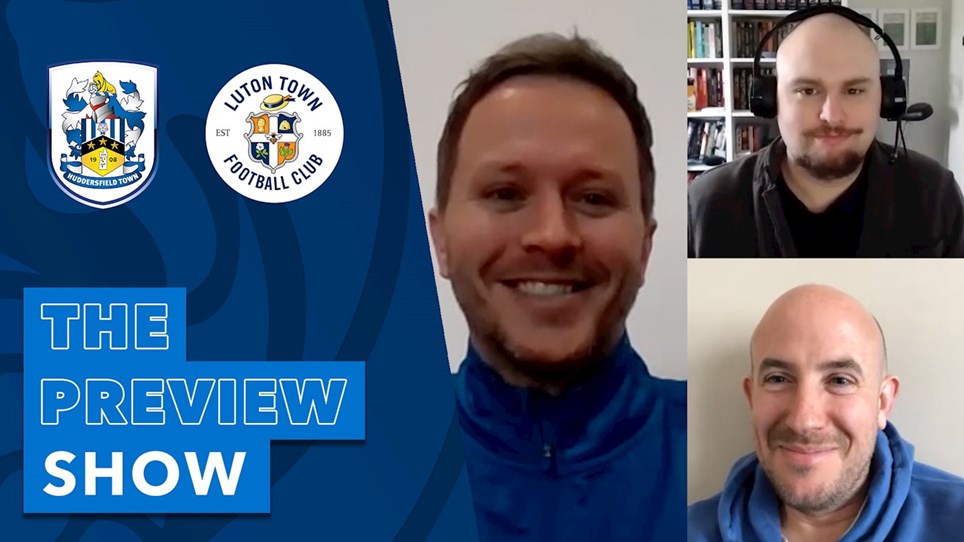