- Htafc.com catches up with Rarmani Edmonds-Green
- Youngster discusses how his game is improving at Swindon Town
- Defender keen to keep progressing at Sky Bet League 2 side

The 20-year-old joined Swindon on loan for the rest of 2019/20 season during the January transfer window to get a regular taste of men’s football.

As football is still suspended, htafc.com caught up with Rams, who was quick to admit that he’s fitted in with the squad well.

“I’m enjoying it, I’m enjoying my time here. Obviously going out and playing men’s football again is what I wanted to do.

“I feel like I’ve been here all season, the boys are really nice and have helped me fit in really well.

“I just want to kick on as soon as we can and hopefully win the league and get promoted with Swindon.”

The youngster made his Town league debut against Charlton Athletic in December 2019 and admits that getting more minutes in men’s football is helping to develop his game, especially under the watchful eye of Richie Wellens.

“My defending is getting better every day and the gaffer at Swindon has helped me a lot to develop specific parts of game.

“He always tells me that I have to stay on it and keep playing well to keep my place. I think he’s a really good manager and he knows how to get the best out of his players.

“Even in training he joins in, he’s quite decent to be fair, he’s still got it!

“If someone’s not feeling it, he knows how to get you going. I’d say he’s a bit like Hoggy, if I’m not on it he’ll tell me and make sure I improve.

“I think my leadership skills have got better. Even though I’m one of the younger players in the squad, or a young defender, I’m not scared to give my point of view.”

This is Rams’ third loan spell as he continues to develop and gain different tests in men’s football. He explained how those moves have prepared him for this one.

“Before going to Brighouse and Bromley has helped me a lot to prepare for the physicality. What I would say is that the strikers are smarter, so I’ve adapted to that.

“I just want to keep learning and progressing.”

The defender bagged his first EFL goal against Carlisle United on Saturday 8 February 2020. He spoke of his delight to get off the mark.

“I was a bit surprised when it dropped to me so clean!” laughed the youngster.

“I didn’t expect it, but I just thought I need to get over this and try and get it on target – luckily it went in.

“It was a great feeling!” 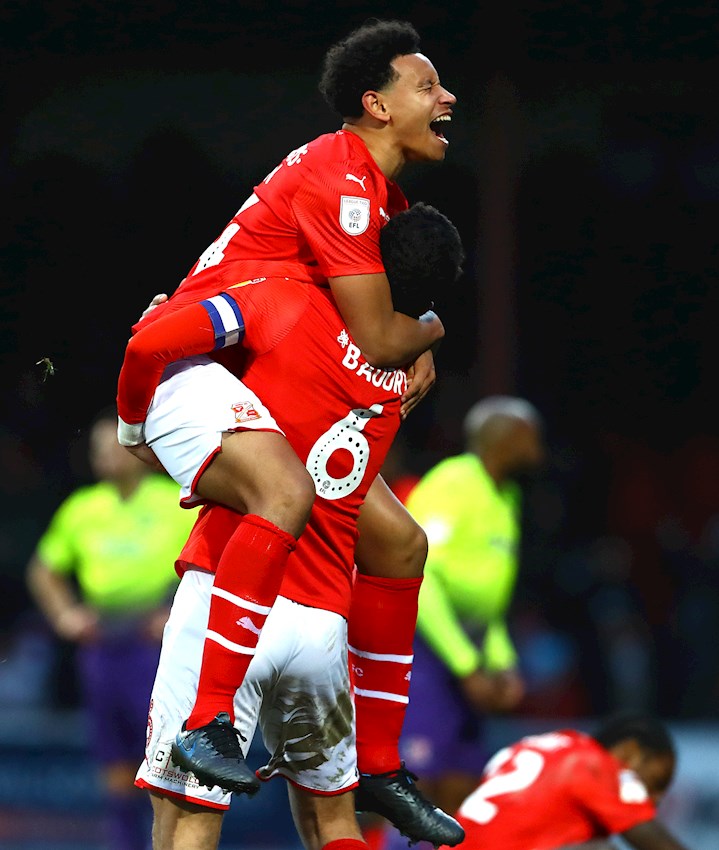 Rams also went on to win Swindon Town’s Player of the Month award for February and discussed how grateful he is for the fans backing so soon into his loan move.

“To get that award in my first full proper month in league football – I was over the moon.

“It was a really good feeling to know that the fans are appreciating what I’m doing for Swindon.

“I like letting my football do the talking and so when I’m on the pitch I make sure to show them what I can do and they’re clearly liking it!

“Their support is amazing, they’re great fans and hopefully we can give them the promotion that they want.”

Calm and collected on the ball. Great addition to the team. 👏👏

Slotted straight in, like he's been there all season

This kid is going all the way to the top...

Cool & calm at the back & loved to go forward. What hasn’t this lad got, he just oozes class.