That result means Town are just one point above the relegation zone with eight games remaining this season.

When speaking after the game, Cowley admitted that there’s “no excuses” for his side’s performance.

"We were really short of the levels we have got to in recent weeks in the preparation games we've had and also in training.

"The lads played really well at Boro last Saturday and had a really good week in training, the best since we've been here, and then we've played really poorly today, so it's a huge disappointment.

"There are no excuses. We have played three games in these circumstances with no fans present. We played well in those preparation games and played well this week in training.

"We knew what today was going to be, we practised it and rehearsed it and we just under-performed. I don't want to use any excuses.

"Individually and collectively we all have to take responsibility."

With Fraizer Campbell and Steve Mounie both unavailable, Karlan Grant led the line, which put more emphasis on Town’s execution with the ball.

Danny Cowley explained how he was disappointed with the pace of his side in possession.

“It’s not our preference to play Karlan as a number nine. We prefer him on the left, but when he does play there, there is a real responsibility on our build because he isn’t a point of reference we can play up to.

“You have to make sure your build is working well, and we got really stuck on the right-hand side and didn’t move the ball quick enough.

“We knew Wigan would press in a 4-4-2 and we knew we would be able to overload them if our centre-halves split aggressively and with Hoggy playing behind their two forwards, but we didn’t execute it well enough with our passing, then we got stuck in that moment.

“When you don’t have a reference point, then that’s when your play become slow. We wanted to be dynamic with our play, but it was far too slow; that’s frustrating because we worked hard on that area.

“We wanted to play with a real power and aggression without the ball and we didn’t get to what we were capable of. We under performed today and we have to accept that.”

Watch the full interview below on #HTTV later!

DANNY COWLEY: WE WANT TO HIT THE GROUND RUNNING 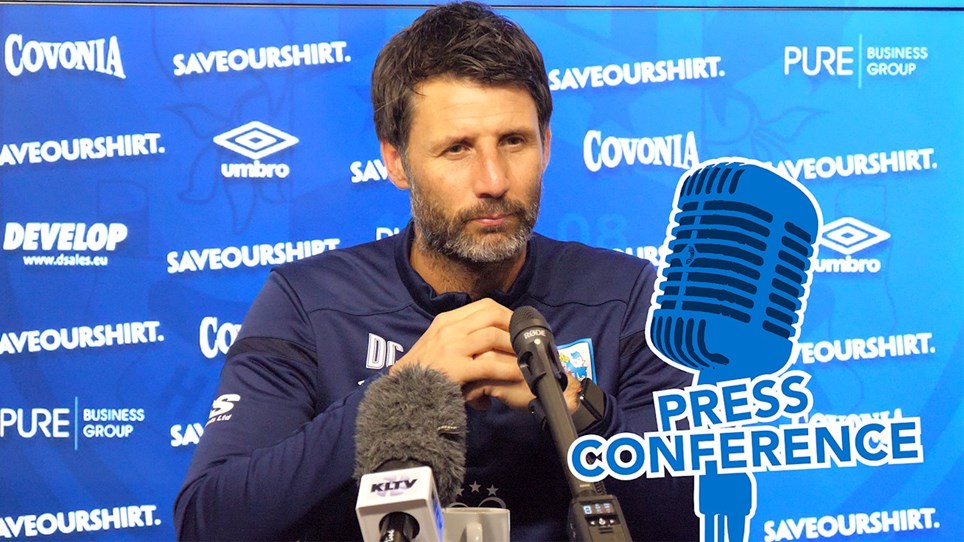 
Danny Cowley ahead of Town’s game against Wigan Athletic