Dean Whitehead will take advantage of the current international break to take control of Huddersfield Town’s Under-17s for the first time on Saturday at Lincoln City.

‘Deano’ is currently learning from David Wagner and the First Team setup having moved into coaching this summer, with the eventual plan to step into the Under-17 coaching role in January.

However, with no First Team game at the weekend, Dean will lead the Young Terriers into a game for the first time on Saturday, having worked alongside Academy Manager Leigh Bromby in training this week as the players continue to learn the Deep Fight Zone.

👀 Fantastic to see @442Dean lead the #htafc Under-17s in training for the first time this afternoon, in preparation for taking over the side in January!

There’s only one place to start for Deano - Reactive Pressure!#YoungTerriers (DTS) pic.twitter.com/PFhuuzRg64

The Under-17s take on Lincoln City in the Under-18 Youth Alliance League at The Priory City of Lincoln Academy (LN6 0EP) in an 11am kick-off.

One of the players that should be involved is 16-year-old centre back Mustapha Olagunju, who told htafc.com that he’s enjoying the early stages of his new life in West Yorkshire.

A Londoner by birth, Mustapha joined Town’s Academy this summer from XYZ Academy and has made 11 starts so far this season. 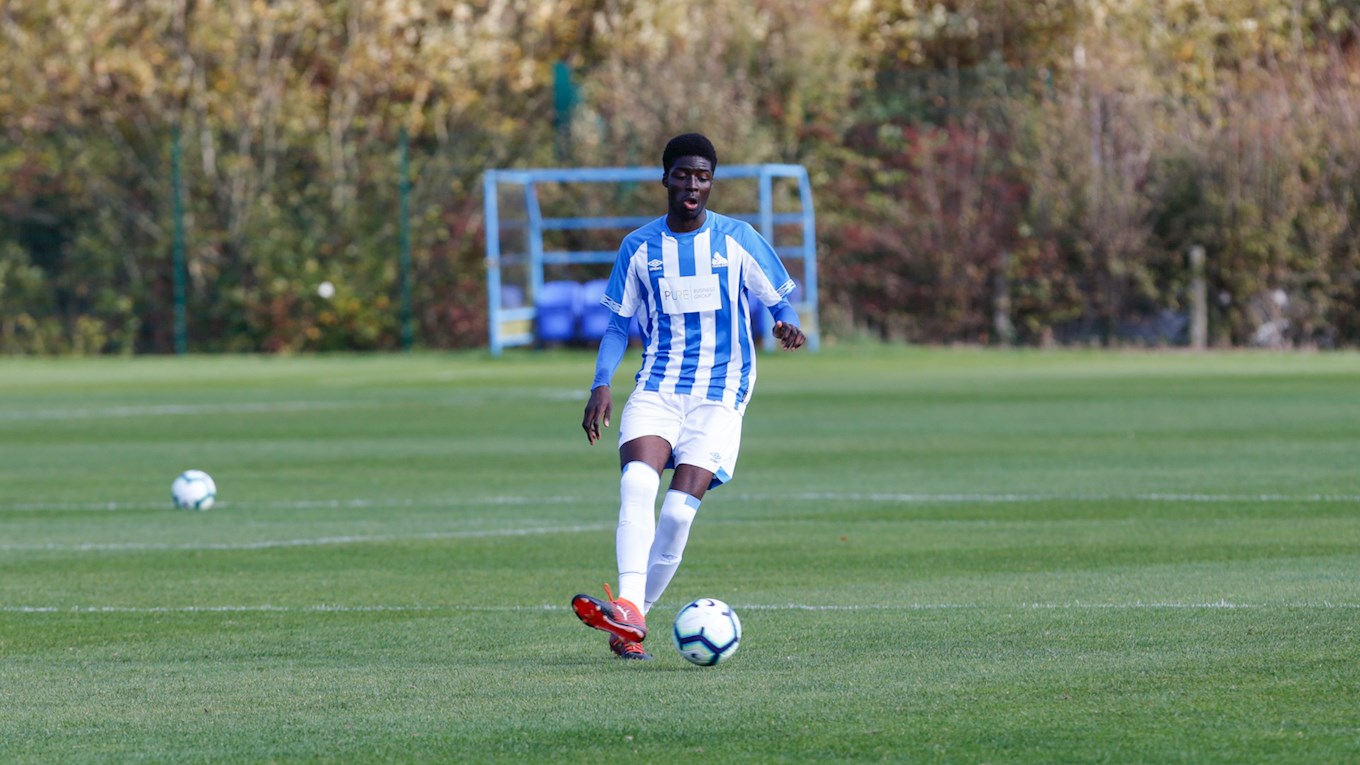 “I grew up in Southwark before moving to Plumstead, but I’ve always lived in London, so it’s been a big change. It’s a lot livelier – and louder – down there, but I’ve not struggled to adjust as this move is what I’ve always wanted,” Mustapha explained after training on Thursday.

“I quite like living somewhere quiet and it’s ideal where I am now, in Dalton.

“Luckily, I’ve always been able to cook, and I was quite independent at getting around at home too, so it’s not a huge change day-to-day in that sense. The biggest change is having to get up early every day and be here for 9am!”

As well as adapting away from football, Olagunju also admitted that life as a scholar is very different on the pitch too.

“The football is different, as are the things around it. The nutrition and fitness side are completely new to me.

“When I played for my junior side, Kent United, I was with my friends and we’d train on Tuesdays and Thursdays before playing on Saturday.

“I feel so much better physically already. From the start of pre-season to now, I feel much stronger.”

Mustapha’s understanding of tactics has also come on leaps and bounds, such as the current work on the Deep Fight Zone.

He explained: “In terms of the football, I’ve learned a lot tactically already. I have a much better understanding of the game now.

“We’re learning how and when to win the ball back in games now. We’ve learned about, and practised, the high press earlier in the season, when we push up to the halfway line as defenders. Now, with the Deep Fight Zone, we stay nearer the 18-yard box and wait for the strikers, like Kian (Harratt) to start pressing on halfway.”

Now Mustapha and his teammates will try to apply their learning from training into the game on Saturday.

“I’m excited! I think it will be a big challenge, as all the games are. I know quite a few of their players, as they’re also from London. I’ve played against quite a few and with one at XYZ Academy.

“The Youth Alliance games are challenging physically, because most of the opponents are a year older. That’s the idea, though!

“I can definitely see that the team has got a lot better since the start of the season. We all come from different places and we didn’t have the bond that we have now back in July when we first met.”