Danny Ward cut a frustrated figure after Town were left to rue the concession of two poor goals to come away from Rotherham United empty-handed on Saturday afternoon.

The 31-year-old netted his third goal of the season to pull the Terriers level before the half time interval, only for the Millers to come away with all three points as Town couldn’t covert one of their opportunities.

“We’re shooting ourselves in the foot as we’re creating chances. You just can’t keep giving goals away.

“It’s tough. In this league, if you give any team a little sniff, they will take it. Obviously, last year we weren’t giving teams a sniff, but this year we are doing it far too often and getting punished for it.

“We need to get back to the training ground and put it right – stop giving away these chances.

“I think we’re playing some good stuff at times and, as I said, we are creating chances. That brings the forwards into it – we must stick them in the back of the net when they come as well. There are improvements, but there’s a lot more to improve upon to get us out of this position.”

Ward’s goal came from a set-piece routine devised by the coaching staff, with the striker looping around the back of his teammates’ forward runs before slamming home Sorba Thomas’ low delivery with a well-controlled effort.

Danny explained: “We’ve worked on it. We did it before last weekend, but then didn’t get a corner from that side. It came off today, but obviously the disappointment takes over because of the goals we’re giving away.”

One thing Danny is enjoying is his partnership in a front two with top scorer Jordan Rhodes.

“I love playing with Jordy. We have a good understanding of what the other is doing and it’s something we wanted to do since when he came back to the Club. It’s nice to get that chance; hopefully, it continues, and we can score some more goals.”

Attentions must now quickly turn to Tuesday when Preston North End visit the John Smith’s Stadium for a 7.45pm kick-off.

“Ward concluded: “We’ll be in early tomorrow to review the game, and to be able to put it right on Tuesday is a good thing about this league.

“The games do come thick and fast. We must prepare right and make sure we are ready to go on Tuesday.”

Get your ticket for the game on Tuesday night – click HERE to buy online! 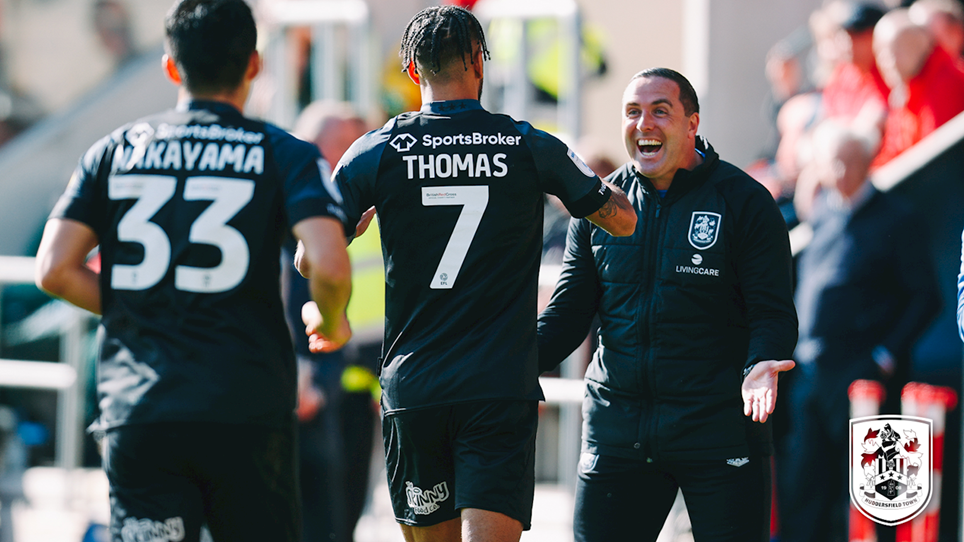