Daniel Vost introduced to the Club

Huddersfield Town have welcomed a brand-new Academy scholar to the Club in preparation for the start of the 2022/23 season.

Daniel Vost will officially begin his scholarship at the beginning of next season, but has already been playing as a trialist with George Danaher’s Under-17 side.

The youngster will feature in a bespoke games programme consisting of EFL fixtures, supplemented by matches and tournaments arranged by the Club. 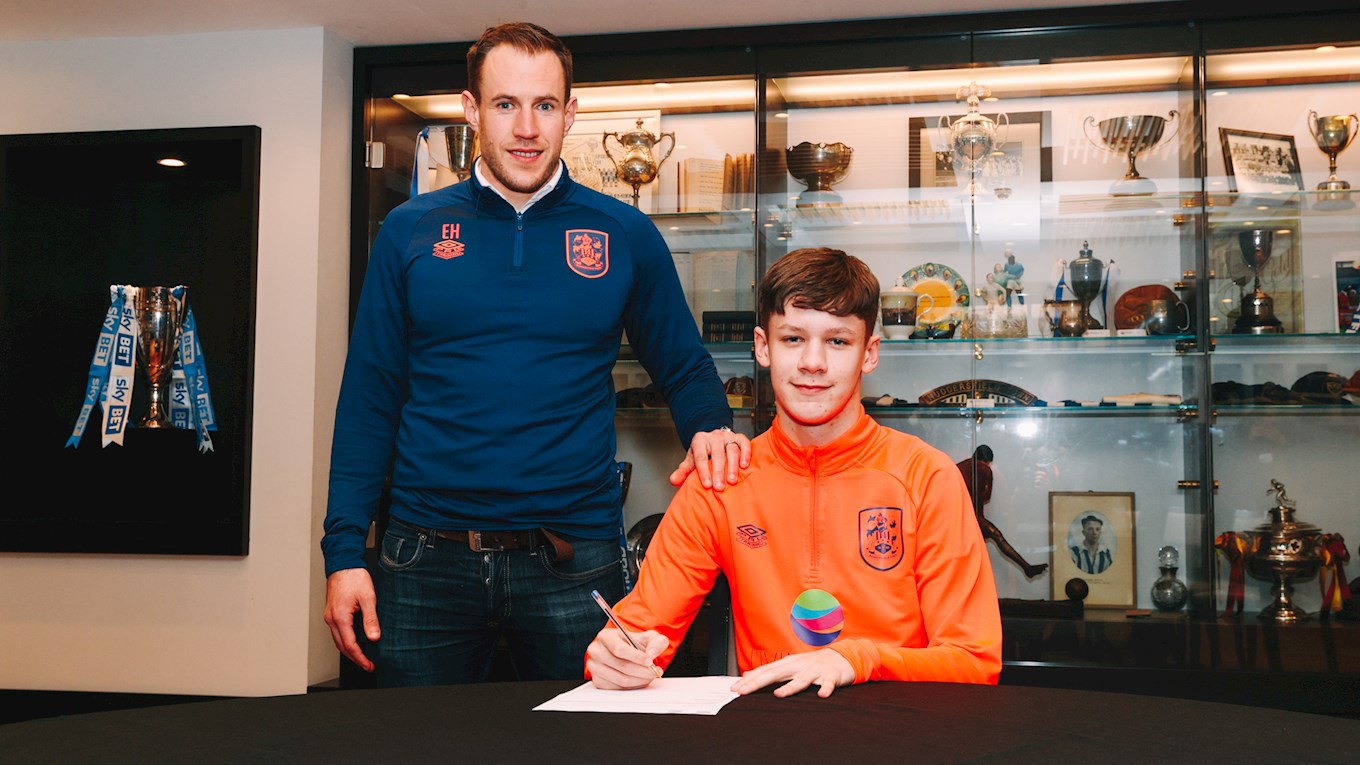 “We’re delighted to have confirmed Daniel as our first new scholar for next season.

“Coming from a top Academy in Everton, he has high level technical abilities and an excellent understanding of the game which fit the Club’s style of play and ethos.

“Having a reputation as a Club with a direct pathway to the First Team helps in attracting players to our Academy from top Category 1 academies across the country.

“As with every player, Daniel will have to come in and work hard every day towards the task of learning the Club’s philosophy and becoming a player who displays the Terrier Spirit in every aspect of his game.

“Having already linked up with George’s Under-17 side this season to play as a trialist, he’ll be able to hit the ground running next season.”