Goalkeeper Nicholls reflects on the point at Blackburn Rovers

Lee Nicholls was delighted to keep an 11th clean sheet of the season in Sunday’s 0-0 draw at Blackburn Rovers – and credited the travelling faithful for making a difference.

“It’s a good point away from home to a top team that scores a lot of goals. I think the boys can take a massive positive in coming away with a clean sheet. We went toe-to-toe with them and we had our own chances to win the game,” Lee told HTTV post-match.

“Blackburn are a good side, and I think they will be there or there abouts come the end of the season. We knew it was going to be a tough game, but we backed ourselves. We put them on the back foot at times and created our own chances.”

Alongside the three centre backs, Nicholls was excellent on the afternoon and denied the division’s second top scorers to secure a valuable point.

He continued: “I try and put my best in every week, and I think every single person in our dressing room does the same. That’s what we demand from each other and that’s the type of players we have – we give 100% every time we’re on the pitch.”

The point at Ewood Park extended our unbeaten run to six matches, but Lee isn’t basking in that glory – he’s looking forward to the next game.

“The run is good, but it’s about every game now. It doesn’t matter about a run – good results come from taking the right actions at crucial times in games. That’s something we’ve done all season and something we have to stick to.”

Nicholls reserved his final words for the 2,150 Town fans in the Darwen End at Blackburn.

“It’s different class! You could see the boys at the end – we all went over and clapped them. They were behind us for the whole of the game and I think that showed in our performance. We pressed them and got at them a lot, and I think that’s down to the fans backing us.”

Watch Lee's interview below on HTTV! 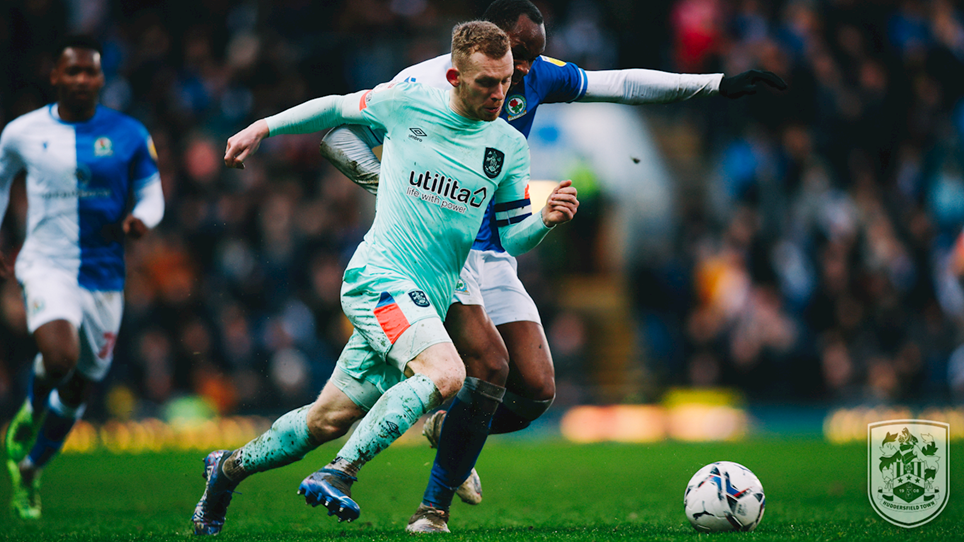 
Watch back full highlights of Town’s draw at Ewood Park