Joining the Club from Aston Villa for the remainder of the 2022/23 season, the highly rated England youth international is most comfortable operating as both a right-back and right wing-back.

Still just 19-years-old, the Villa academy graduate and Birmingham native spent pre-season with Steven Gerrard’s first team at his parent club and is highly rated in the Midlands, signing a long-term five-year contract in July 2021.

Having made his full debut for Aston Villa in January 2021 against Liverpool in the Emirates FA Cup, Kesler-Hayden was also an unused substitute for a Premier League fixture against Everton a year earlier in July 2020.

Impressing on loan several times already, he spent the first half of the 2021/22 season in Sky Bet League Two with Swindon Town where he started 17 games and appeared from the bench twice, scoring once. Making a real impression in Wiltshire, he was still named Swindon’s Young Player of the Year despite leaving in January 2022.

Making the step up to Sky Bet League One with MK Dons for the remainder of the 2021/22 season, Kesler-Hayden played his part in their run to the Play-Offs, starting 13 times and making a further two appearances from the bench, scoring once. 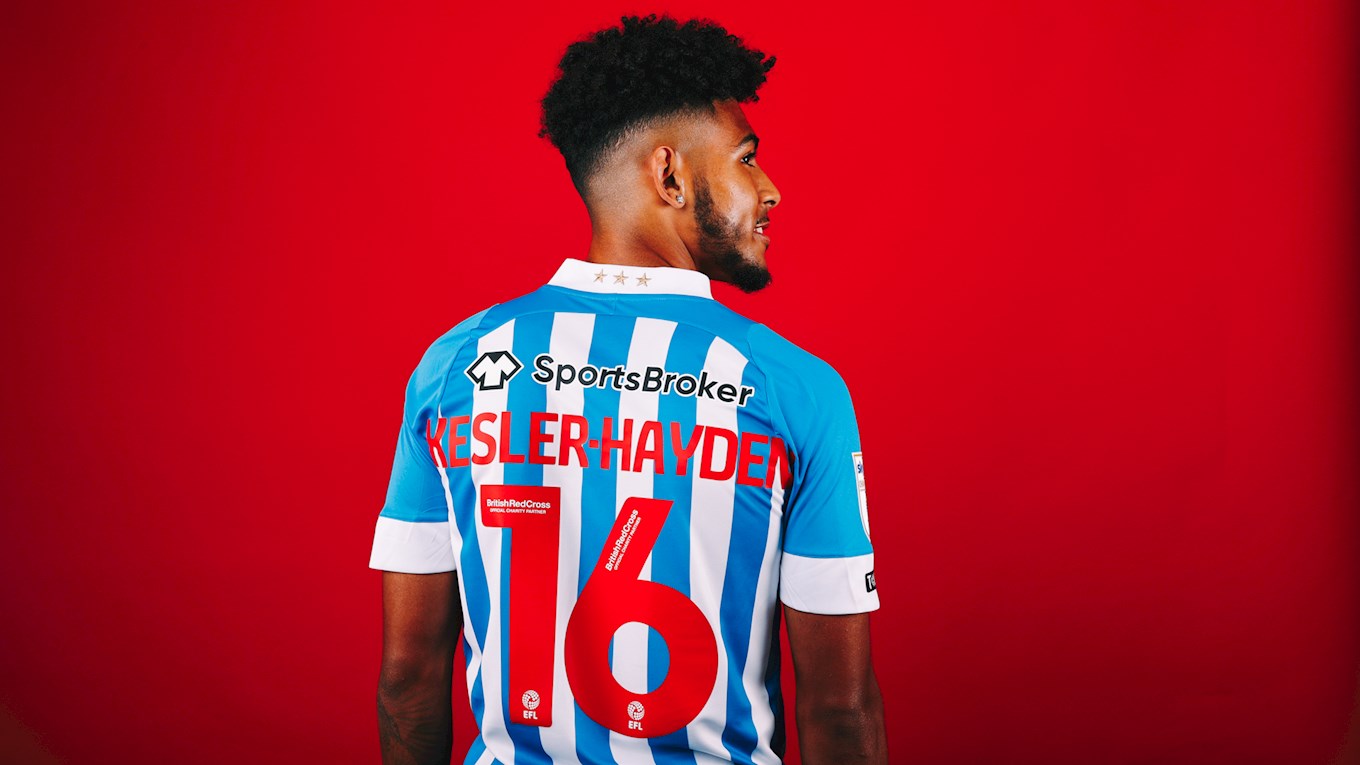 “Kaine is a player we’ve been watching for some time, and when the opportunity came to add him to our group for the season ahead we didn’t hesitate.

“Having played so well at both Swindon Town and MK Dons last season we weren’t alone in admiring his ability, but having spoken with both Kaine and Aston Villa, it was clear that Huddersfield Town was the best place for him to continue his development.

“Young players and their clubs can see how our programme and environment has positively impacted the careers of players like Trevoh Chalobah, Emile Smith Rowe and Levi Colwill, so to be seen as a trusted destination for top tier Premier League talent to grow and improve is something we should be proud of.

“He has the right profile for what we want from a loan signing and is prepared to come in and contribute from day one, which is key. With his pace, desire to attack and high defensive work rate, he’s a player that I’m sure Town fans are really going to enjoy getting to watch.”

You can welcome Kaine to Huddersfield Town on social media:

Kaine has been awarded squad number 16 for the 2022/23 Sky Bet Championship season. CLICK HERE to get your own!