Huddersfield Town B Team attacking midfielder Brahima Diarra has signed a new contract extension keeping him with the Terriers until 2024!

We are delighted to announce that B Team attacking midfielder Brahima Diarra has extended his contract with Huddersfield Town until 2024!

Having first joined the Club in the summer of 2019, the now 18 year old Frenchman has progressed through both the Under 17 and Under 19 development sides, fast becoming a fixture within our B Team.

Rewarded for his progression with a first professional contract in August 2020, his performances have earned the popular young Parisian an extension until 2024. An all-action attacking midfielder that possesses great dribbling ability, a knack for scoring and an unrelenting work rate, Diarra has made the jump to First Team involvement on several occasions. 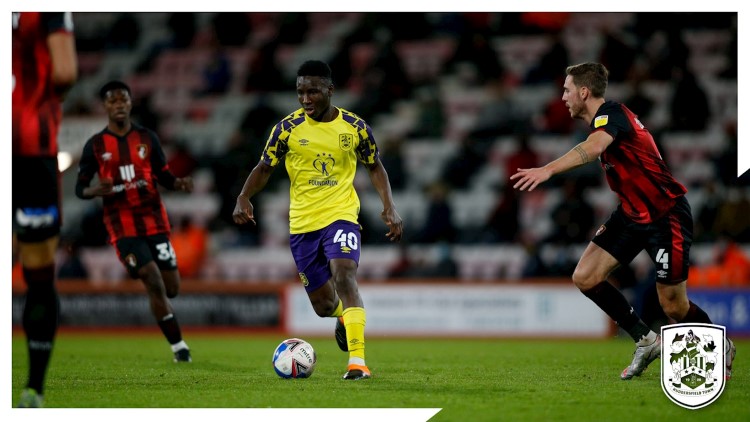 Named on the bench against Cardiff City in the 2020/21 season a few weeks before making his professional debut in English football a few weeks later away in Bournemouth as substitute, Brahima was also used in the FA Cup against Plymouth Argyle last season.

A regular trainer with Carlos Corberán’s First Team, the next challenge for Brahima is to make that permanent step up from the B Team and follow in the footsteps of the likes of Scott High and Sorba Thomas.

"It's fantastic news. Brahima is a talent that we believe can progress to the First Team, within which he's already been involved, so it's great news we've got him on such a long contract.

"The way we are set up with our B Team, we feel that he's got the time to really flourish within our environment. He will have the time to play regularly and work with our coaches, and it's an exciting sign that the way we're looking to operate is working.

"If you look at Scott High and Sorba Thomas as recent examples, taking players from the B Team and developing them in to First Team footballers is something the club is doing well. How we're set up behind the scenes at Canalside, the Club invests in facilities and staff that allow us to develop these types of player. It's something we're really passionate about and believe in.

"This is another example of why we recruited Carlos Corberán as our Head Coach, too. Again, when you look at the likes of Scott High, Sorba Thomas and even Lewis O'Brien, we believe that we have a Head Coach who will embrace this developmental process and further improve those players, and it's a huge positive for us as a Club that we're now seeing the evidence of that hard word.

"I strongly believe that we have everything set up across our football operations that will allow players like Brahima Diarra to progress from our Academy to our First Team."