A review of Huddersfield Town’s Worthington Walk, including a video of event highlights

145 Terriers braved the West Yorkshire terrain to complete the 22-mile Worthington Walk, sponsored by Deliveree, before our last home match against Hull City to raise funds for charity in the memory of Frank Worthington.

With funds going to the Alzheimer’s Society and Yorkshire Air Ambulance, the event has raised over £35,000 so far. With a Frank Worthington inspired route that spanned 22-miles from Elland Road to the John Smith’s Stadium via FC Halifax Town’s The Shay, the walkers had an early 4.30am start in order to make it back to Huddersfield in time for kick-off against Hull City. 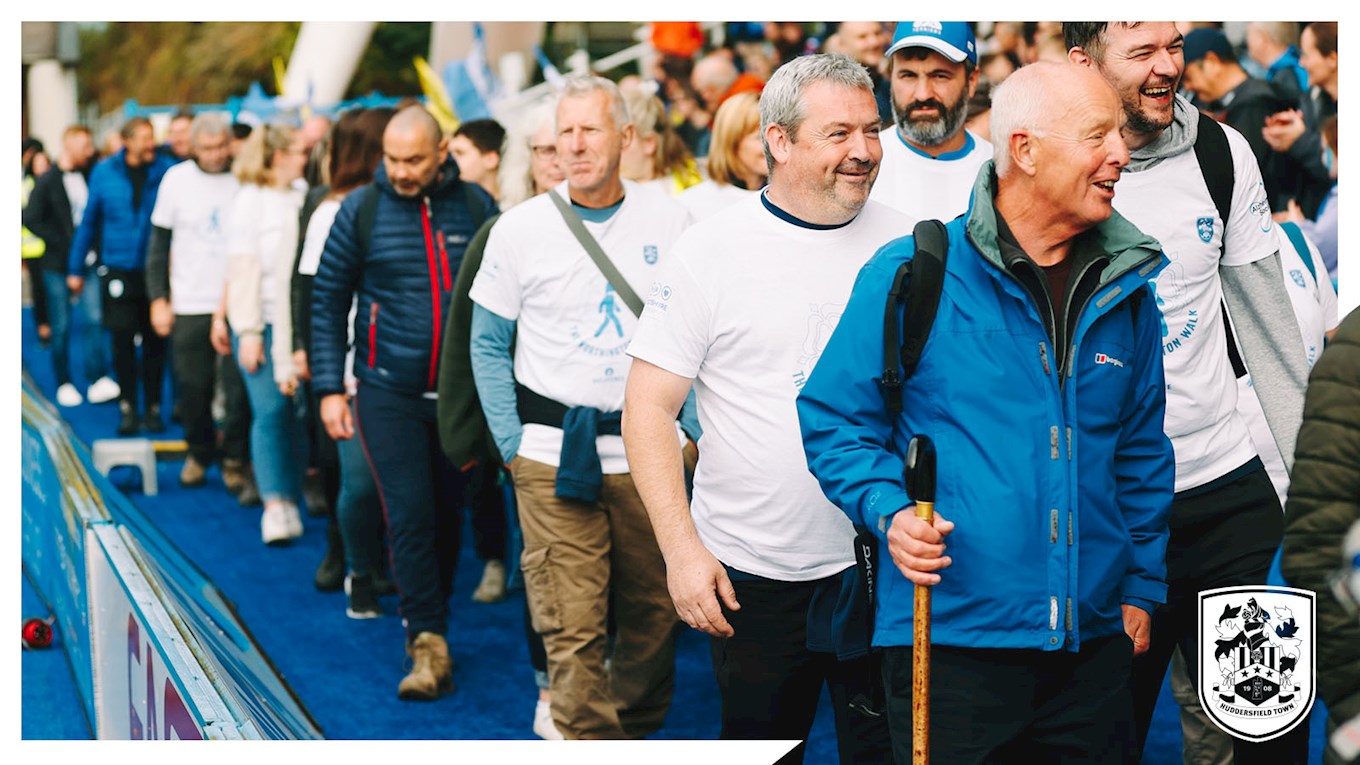 Upon arriving back at the John Smith’s Stadium, participants were greeted with an extremely warm reception from the match day crowd as they completed a lap of honour prior to kick-off, lead around the pitch by Andy Booth.

To look back on the event, please see the video on HTTV embedded below.

Commenting on the walk, Boothy said:

‘’I would just like to thank everybody who took part in the Worthington Walk!

“It was a tough challenge and there were a lot of sore legs at the end of it, but everybody involved enjoyed the day, which was topped off by the fantastic support they received during the lap of honour.

“Many thanks to our main sponsor Deliveree for all their support and to everybody else who supported the walk in various ways.

“It’s looking like we’ll have raised a considerable amount for two fantastic charities, and for me this is what makes Huddersfield Town so special.

“We should all be so proud of our Club both on and off the field!’’

You can still donate to the Worthington Walk and these two great charities - click HERE to do so online now!