There was only one thing I ever wanted to do and that was to play football. To play professionally and to play in the Premier League, like every kid’s dream.

I started playing for Boreham Wood when I was 16 years old. Beforehand, I was at West Ham for most of my childhood, but obviously I didn’t get a scholarship there. I was debating whether to stop playing football because of the fear of rejection - it’s hard when you’re a kid.

When I was let go from West Ham, I didn’t really take the rejection well. I threw the boots in the bin, threw the shinpads in the bin – I didn’t want anything to do with football.

I started looking at stuff to do in college and I ended up doing a personal training course. To be fair, one of the weird things that I wanted to do was to become a PE teacher. Even though I wasn’t a fan of school, I just felt like my PE teacher used to just have so much fun and I thought I’d be up for doing that.

I remember there were people in the area who went to a team called Boreham Wood saying to me “Look, if you go there, you will end up playing for the First Team, so I think you should come in”. So, I went for a trial with them and I didn’t realise how popular it was. There were about 500 kids at the trial and so I knew there were 499 that I’ve got to shine above. The rest is history.

I think for me growing up, it was obviously, you know, the old cliche when I say, football saves lives, like it stops you from doing drugs, staying on the streets and stuff like that.

When I went to Boreham Wood, it was it was a lot of life lessons that I had to deal with and at the time, I had to get a job because sometimes I didn’t have the money to get on the trains and stuff. So, I got a job in JD like every other kid from London.

As a young kid, you’re always overconfident, you’re not realistic. The breaking point for me was the first preseason with the First Team, from then I didn’t look back. I did a bit of coaching in the Academy as well, which helped because that made me see things differently.

I really excelled in my last season with Boreham Wood and I put it all down to the players in the team, especially the more experienced players. They really put their arm around me and gave me advice and stuff like that. I’d say the Coach as well, he was also my Academy Manager. He saw what I could do, but it was all about me believing in it and being realistic.

I feel when I set my mind to something, I make sure I succeed and because I love the game of football. I play it with a smile on my face all the time, it’s just what I love to do and now it’s given me the steppingstone to live and make my dream a reality.

I’ve enjoyed every minute of being at Huddersfield Town so far. I’m getting to play with pros who have played in the Premier League and I’ve learnt a new style of play. 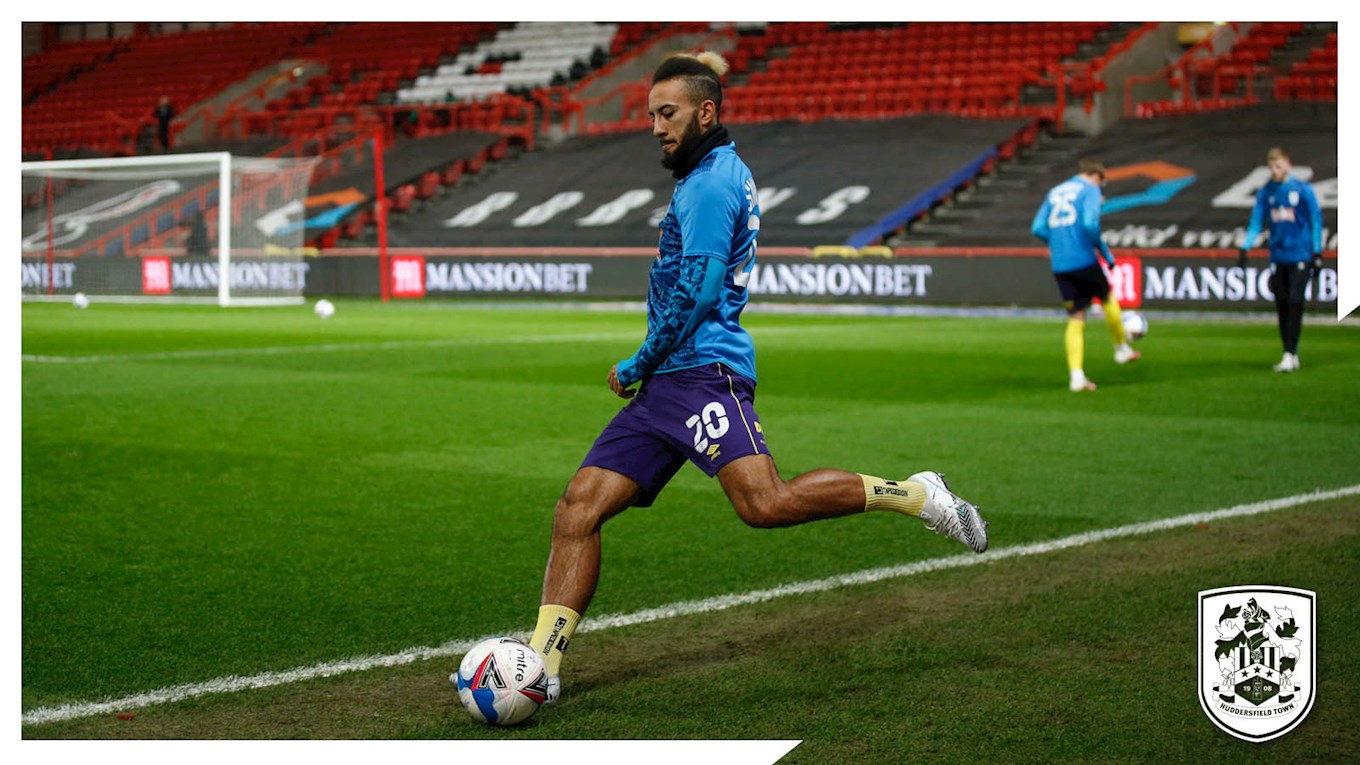 When I signed, they told me all about Josh Koroma’s story and how this year before his injury he was flying. I look at that and I want to do that, maybe even one step better. I think about it a lot and I’ll even talk to him about it.

Obviously, there was a plan in place when I signed and it was always going to be more of a marathon, not a sprint. At times I’ve had to get Leigh Bromby or Rolando Aarons to put their arm around me and keep me grounded and patient. Rolando doesn’t have to do that and that’s what makes it even better, the fact that he does it of his own accord.
He’s really easy to talk to and I feel like with younger players you do need to put your arm around them. For me, moving from non-league to the Championship, of course I was going to be overconfident because of the way I played in non-league. It’s important that you have that one person that you know that can be very honest with you and not hold back.

It’s a shock to the system going from an environment where I’m playing week in week out, to coming to a new team where the focus is all about working your way up. However, the more B Team games I’ve played, the more confident I’ve got around the training ground, during training and during games.

I want to make sure that after every game, whether I play five minutes or 90, that I’m the one constantly on the gaffer’s mind. I want to show him that he’s going to get an even hungrier Sorba next season because I’m ready to play. I’m ready to play whenever he feels like it’s the right time to play me. I’ll continue to keep taking every opportunity I get here, the future’s bright.