Kamil was born on 8 January 1999 in Ruda Śląska, in the south of Poland.

In his formative years, he played football for Wawel Wirek Ruda Śląska and Stadion Śląski Chorzow before joining professional club Ruch Chorzów, where he was soon involved with the senior squad as a 16-year-old.

That understandably attracted the attention of several of Europe’s big clubs and he signed for Liverpool FC in the summer of 2016 amid reported interest from Manchester City and Manchester United.

Watch some of Kamil’s best bits on #HTTV!

Grabara played as Liverpool FC’s youth side reached the quarter final of the UEFA Youth League in his first season and he was rewarded with a new five-year contract running until 2022.

His Poland Under-21 debut soon followed in a game against Denmark in November 2017; the first of 12 caps he has to date. 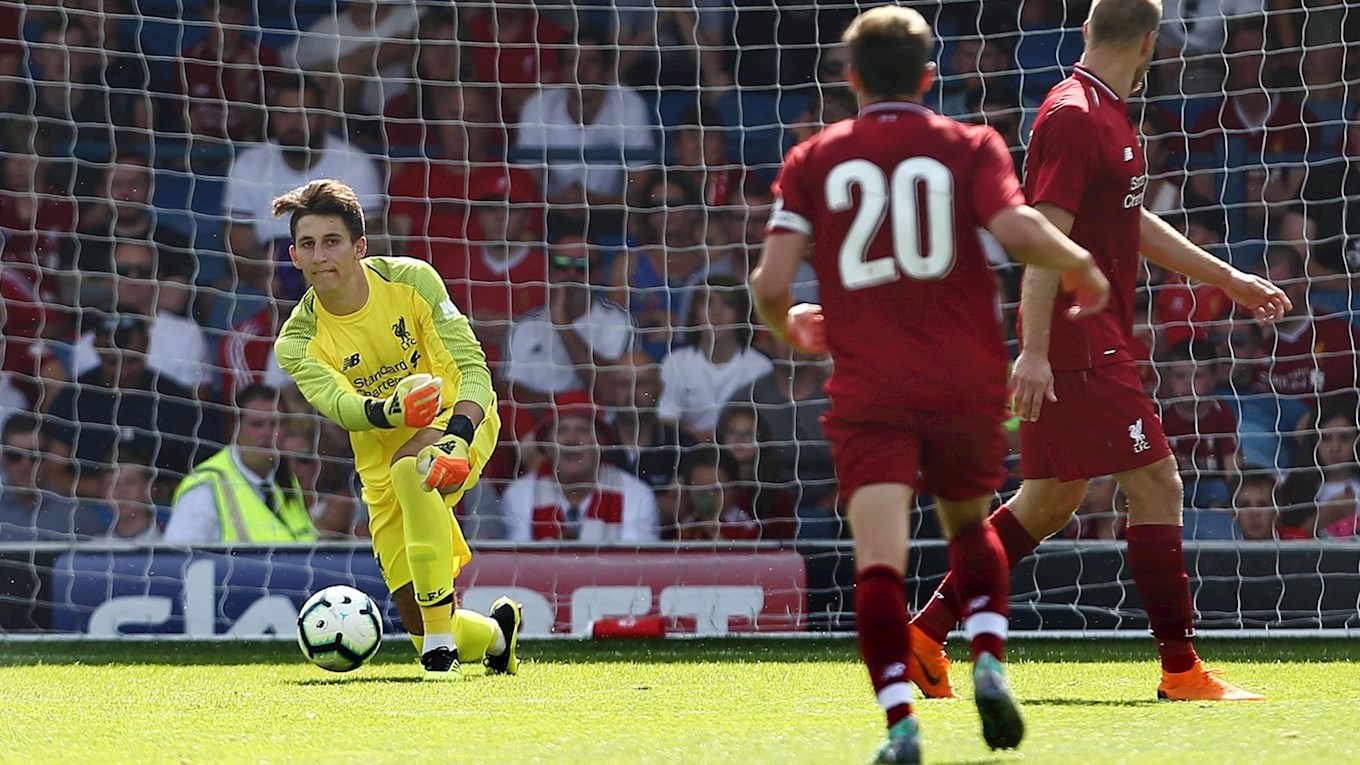 Kamil made his non-competitive debut for Liverpool FC’s First Team in July 2018, playing a pre-season friendly against Tranmere Rovers at Prenton Park. That was backed up with another start against Manchester United, which came in front of over 101,000 supporters in Michigan, USA.

The next step for Grabara was extended First Team exposure and that came in January 2019 through a loan move to Danish top-flight club AGF Aarhus. He made 16 starts for AGF and helped the side comfortably avoid relegation, eventually just missing out on qualification for Europe due to a single defeat.

You can follow the young ‘keeper on social media: