Activities for young supporters at the Derby County game

- Differences to look out for at the John Smith’s Stadium
- Activities for young fans ahead of the Derby County game
- Collect Fan Klappers before entering the Stadium!

When coming to the Town game on Monday, you will be able to see some notable differences at the John Smith’s Stadium!

A lot has changed over the summer and those supporters who came to the pre-season game against Montpellier HSC will have been able to see some of them.

Ready for the new campaign a blue carpet was installed around the pitch and white seats have started to be introduced, firstly in the Fantastic Media Stand. 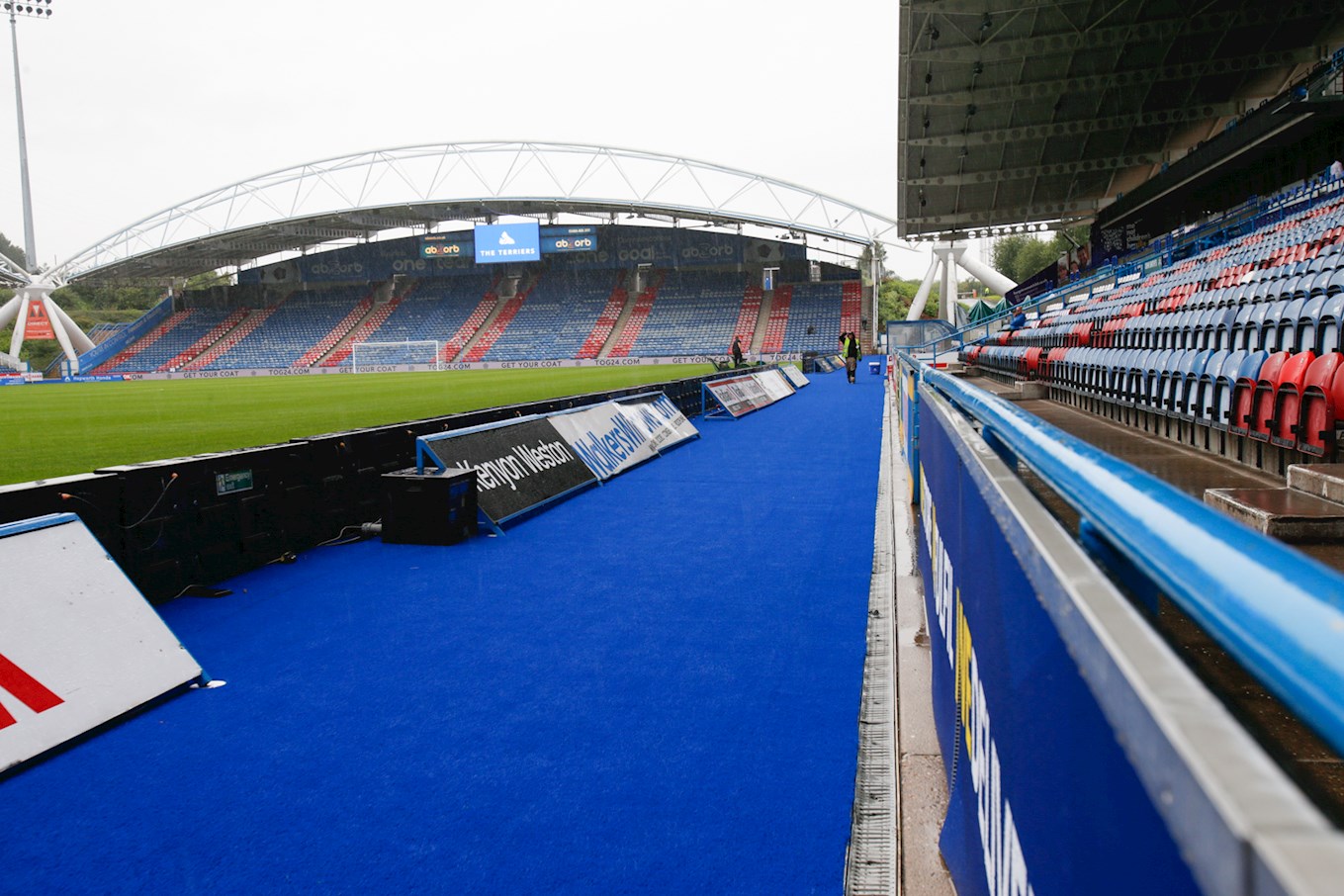 The white seats will continue to be introduced during the campaign around the John Smith’s Stadium replacing all the red ones. 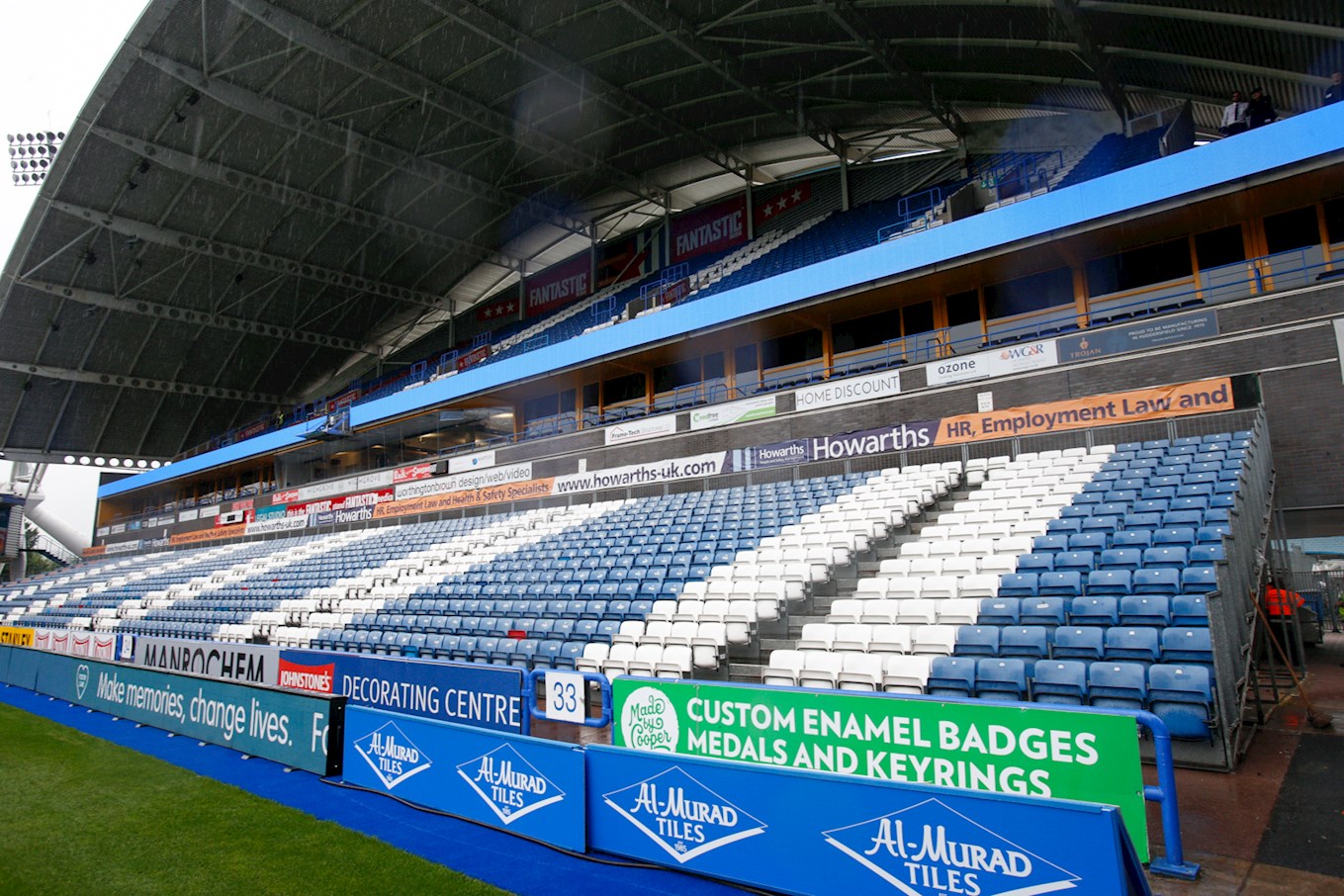 The Stadium’s new-look continues with a freshening up of the concourse inside the Chadwick Lawrence Stand (Kilner Bank). Supporters in the Fantastic Media Stand will notice some new-branding, which will continue to be installed over the next few games.

To keep with the blue and white theme, the new box holder signs are now in blue and white! Alongside this, Town’s new crest has been put on the front of the John Smith’s Stadium.

Although, there will be no dedicated Fanzone for Huddersfield Town supporters ahead of the Derby County game, there are still activities for youngsters to take part in!

A special penalty shoot-out game will take place at the north end of The Core Stand (closer to the Fantastic Media Stand).

In the Fantastic Media Upper Tier there will also be a balloon modeler and a face painter. Mascots Terry and Tilly the Terriers will also be on hand to meet young supporters.

Huddersfield Town would also like young fans in the Fantastic Media Stand to play a big part and create an amazing visual spectacle when the players come out at the John Smith’s Stadium on Monday. More will be revealed on the night!

Fan Klappers will also be available for supporters around the John Smith’s Stadium, however, they won’t be on your seats!

If you would like a Klapper, then please collect one from a member of staff around the ground or from one of the dedicated Klapper wheelie bins before entering the turnstiles!

When you leave the ground, you can either take the Klapper home or put it back in the wheelie bin where you got it from.

Tickets for the game are still available! Please CLICK HERE to buy yours NOW! 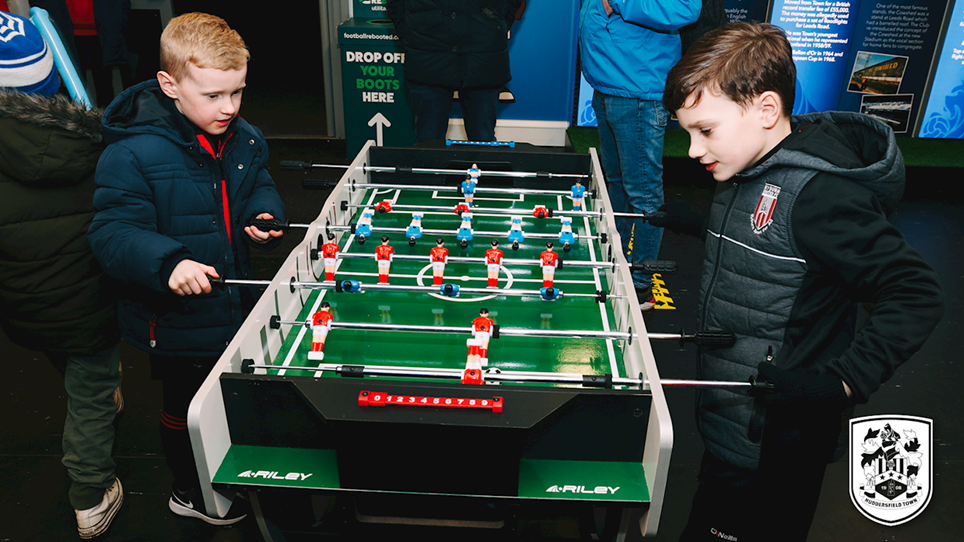 
Plenty to do ahead of the Derby County game 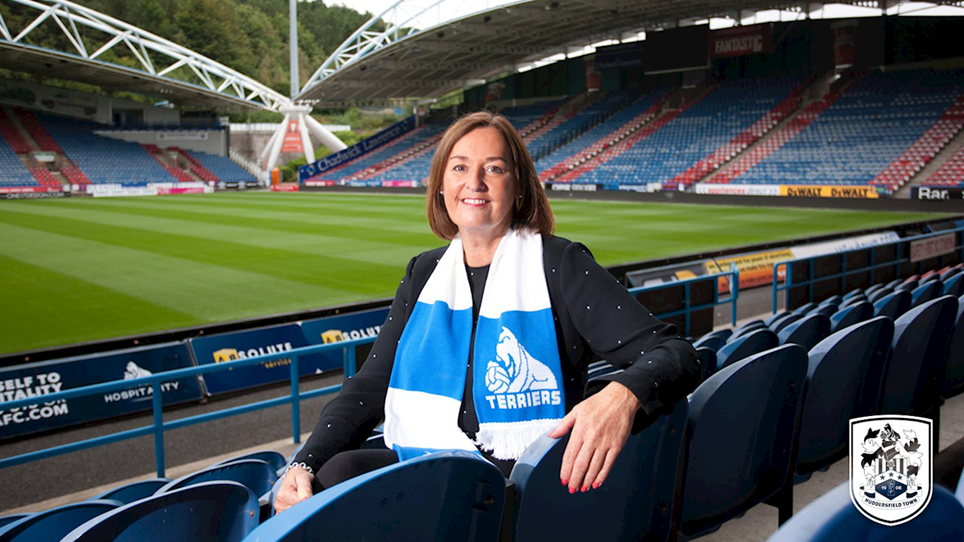 BOARD UPDATE - ANN HOUGH: GET DOWN EARLY FOR BLACKPOOL