Huddersfield Town’s Chief Executive Julian Winter is this week’s guest for ‘Boothy’s Beer and Banter’ at the Perrys Fanzone at PPG Canalside ahead of Town’s Premier League game against West Ham United on Saturday.

Supporters will be able to pitch their questions to Town’s Chief Executive on all things Huddersfield Town as he joins Boothy on stage at around 12.30pm in the Radcliffe Suite.

This is your chance to ask the Chief Executive of a Premier League Football Club anything you wish. It could be about the plans for the January Transfer Window, the restructuring of the Academy or any topical issue surrounding the Club. Having made 93 appearances as a player for the Terriers, you could ask him about his playing days under Mick Buxton?

Even if you don’t have a question, some of the answers and topics discussed surrounding the Club will be of great interest for any Town fan!

The Fanzone is open from 11am so why not come down early to grab a bite to eat ahead of the Q&A? The full matchday menu at PPG Canalside is available as is the outdoor BBQ Station sponsored by Haighs Farm Shop serving a selection of barbeque favourites.

There is plenty to keep the kids entertained including FIFA 18 and Mario Kart 8 in the GAME Den as well as the Match Attax Station, FREE face painting and balloon modelling is also available from Artifaces. 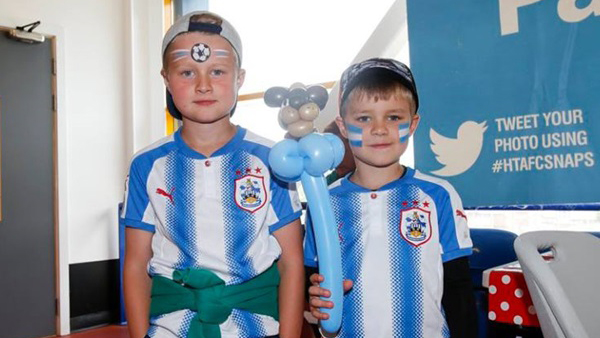 ‘Terrier Brass’ will also be playing on the Expect Distribution stage from 1pm.

You could also be in with the chance of winning the rollover prize of £900 by predicting the correct score; courtesy of Fanzone sponsors Perrys, Season Card holders can also benefit excellent deals on all cars purchased at Perrys Huddersfield. 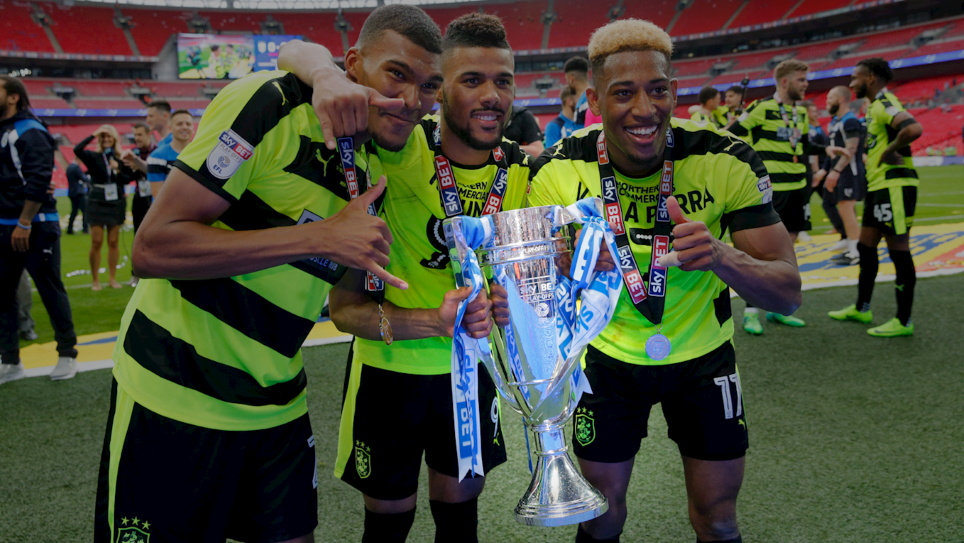 HAVE YOUR PICTURE WITH THE PLAY-OFF FINAL TROPHY