The 17-year-olds have agreed deals that run until the summer of 2019, with the Club then having an option on a further year.

Both Scott and Micah have played extensively for the Under-18s and Development Squad during the current season and will form part of Mark Hudson’s new-look Under-19 team in the 2018/19 campaign. 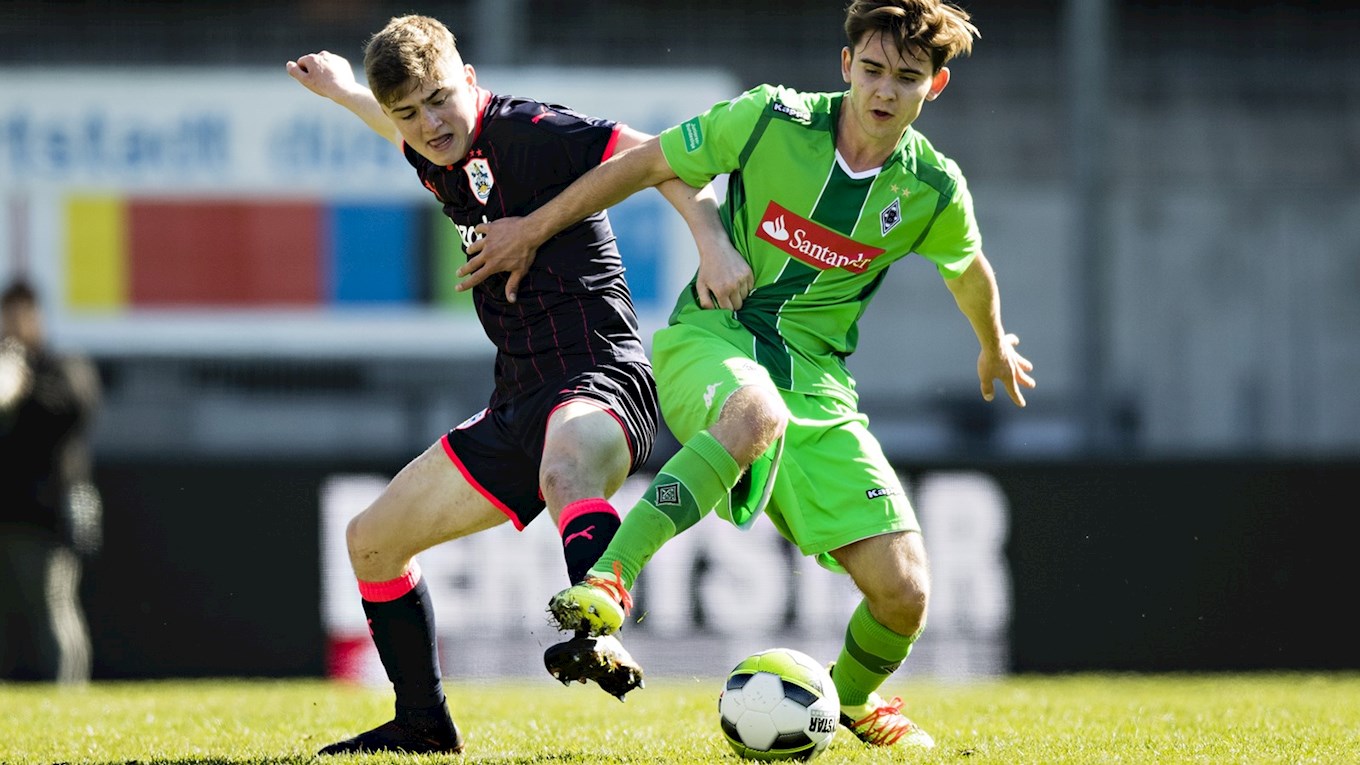 Central midfielder Scott (pictured above), who initially joined the Club from local junior football in Penistone at Under-9 level, is a playmaker who is very comfortable on the ball. He played a starring role as the Young Terriers finished fourth in the U19 Champions Trophy in Düsseldorf in late March.

Striker Micah (below) was a later arrival to the Academy, joining from London’s XYZ Academy after a successful trial in January 2017. Like Scott he played extensively in the recent tournament success in Germany and has scored for both the Under-18 and Under-23 sides already this term.

“Signing your first professional contract is a proud day for every young footballer and I hope both Scott and Micah reflect upon their achievement, but I speak from experience when I say that the hard work has only just begun for them!

“Scott and Micah have really progressed this season, showing they have a genuine capacity to learn as we’ve taught them the ‘Terriers Identity’.

“They will form a big part of our new Under-19 group next season, which will give them a lot of challenges to overcome through a testing games programme. It’s their task to overcome those difficulties, which will improve them both as footballers.”