The spoils were shared as Town and Southampton served up an entertaining 1-1 draw on the final away-day of 2017.

Laurent Depoitre's 64th minute header earned Town a creditable point on the South coast after Charlie Austin's first-half opener, but Town will certainly enjoy the journey back to the North having turned out a magnificent second-half outing.

The starting side witnessed three changes from the victory at Watford, two of which enforced. Jonathan Hogg (suspended) and Elias Kachunga (knee) were replaced by Danny Williams and Tom Ince respectively. Scott Malone in for Chris Löwe at left-back rounded off the Head Coach's alterations.

Lee Probert took charge of a Town fixture for the second time this season having previously held the whistle along the coast in the November clash with Bournemouth. Probert would have to keep a sturdy eye on proceedings in the initial passages as both sides started off very firmly in the tackle department; skipper for the day Christopher Schindler instantly making his solid mark by stepping in swiftly to halt clinical striker Charlie Austin.

The first real chance of the encounter arrived in the favour of the hungry Terriers. As a result of excellent front-line pressing from Laurent Depoitre, Collin Quaner continued where he left off last week in Hertfordshire by excelling down the right to produce a cross. That cross squirmed its way to Tom Ince who miscued an attempted side-footed effort from the penalty mark.

Depoitre's persistence to latch onto the loose ball nearly paid off as the Belgian fell inches short of reaching Ince's effort after Japanese International Maya Yoshida had a wild airshot whilst in the process of clearing his lines.

Once more a Town chance brewed from the right, with Steven Davis heroically throwing his body towards Aaron Mooy's shot as a result of great wing-play from Quaner. Town's Australian found himself in acres of space on the edge of the area with red and white shirts standing off, but failed to make an adequate connection to therefore let Mauricio Pellegrino's men off the hook on successively shaky occasions.

The pattern of Town chances rolled on.

Captain Schindler saw a delicate glancing header athletically tipped onto the bar by the tall figure of Fraser Forster, with Collin Quaner's half-volley on the rebound ultimately denied by Wesley Hoedt for the Saints.

'Zanka got the beers in' echoed around the away end where 2,000 hardy Town souls were as vocal as ever on one of the longest road trips of the campaign ahead of Christmas. On the pitch, their team were going impressive lengths in a bid to come away from Hampshire with a festive reward through tidy spells of possession and the usual dogged tenacity without the ball.

However, that hard work was unravelled as Charlie Austin headed Southampton into a 25th minute lead. Wesley Hoedt knocked down Steven Davis' corner towards the far post and Austin was perfectly placed to nod home and hand the Saints an advantage.

Town immediately set about levelling the scores. The same combination of Hadergjonaj and Schindler linked up as the Swiss right-back delivered a perfect cross, but Schindler this time powered his header wide of Forster's goal.

Southampton responded with threats of their own to double the lead. Firstly Nathan Redmond's advance into space down the left resulted in Jonas Lössl having to pull off a smart reaction save, before the unlikely source of Rajiv van La Parra came to the rescue by acting as a defensive shield to thwart Steven Davis from thundering home a loose rebound on the edge of the box.

Town certainly weren’t disheartened, but Southampton had begun to find gaps with the creativity of Redmond and Tadic within the playmaker roles and the men in navy were scrambling back to defend the territory in an effective manner.

Fresh from the reaction save to deny Redmond, Jonas Lössl had a scary moment by misjudging a clearance off the deck which Austin pounced on. Luckily the opening goal-scorer failed to produce the right amount of power to deceive the Danish shot-stopper, and Town escaped further disappointment.

Lössl's recovery ensured the Terriers headed in at the break with confidence in hope of overhauling the Saints' slender advantage. A half where un-converted chances resulted in punishment, but a half from which Town could take many positives to boost the morale ahead of a big second period.

After a dominating spell of possession to open that latter period, van La Parra fell millimetres short of connecting with a diving header after flinging himself at Aaron Mooy's dinked cross from an acute angle inside the area.

Hoedt received a yellow card for bringing down a lively Tom Ince as the former Derby man gave pursuit to Florent Hadergjonaj low through ball. Aaron Mooy came close, but not close enough from the resulting free-kick and watched his curling right-footed strike sail harmlessly over Forster's crossbar.

Saints countered to no effect, which Town would put to use. Quaner used his pace to exploit space in between the red and white lines, before Aaron Mooy sprayed wide to an un-marked Scott Malone. Scott fizzed in a left-footed cross, but the target of Depoitre fell short as Yoshida did well to head away from danger.

The home side were on their haunches playing like they were the ones away from home, and Austin would spurn a golden chance to gift the Saints a second. Nathan Redmond led a lightning break and danced past Zanka to square for Austin, and as an open goal gaped at his mercy, the opposite number 10 fired the wrong side of the post- huge sigh of relief by all involved with Huddersfield Town.

That relief would soon turn to delight. Laurent Depoitre had a simple header at the far post to head home substitute Tommy Smith's deep cross- a first assist for the Club Captain. Although Town had rather rode their luck from Austin's miss, the persistence and drive to peg the Saints back was marvellously rewarded- a thoroughly deserved equaliser.

It didn't stop there; Scott Malone just couldn't catch his volley sweet enough to trouble Forster, and no navy and pink shirt was in the vicinity to possibly nip in and tap home.
Town supporters had been tremendous all afternoon, and all the noise was belting out of one corner at St Mary's as their side continued to probe the hosts whilst dominating large swathes of offensive possession.

Tom Ince's had a chance to give Town the advantage. Collin Quaner's deceptively curved low cross missed Tom's outstretched boot; half a yard closer and Tom's drought would've been over in an instant as Fraser Forster left half of his goal open for business.

Saints did a pose a threat from corners nonetheless. Ward-Prowse's wicked delivery evaded all of the congregation party in the six-yard box even with poacher Austin lurking free at the back stick.
Jonas Lössl seemed to lose his footing from the goal-kick which allowed Austin to bear down on goal, but Zanka recovered well in order to put the striker off. Lössl still had to be alert in order to palm away his powerful strike, which Malone mopped up with a no-nonsense headed clearance.
Southampton rallied after making a number of changes with livewires Boufal, Gabbiadini and Hojbjerg joining the action to freshen up the attack. But in the face of fresh, skilful legs, Town's backline stood firm and repelled more or less everything that the talented front-line had to offer.

As the time duration approached, Joe Lolley's relentless drive at the heart of the Saints' defence signalled intentions that Town weren't just going to settle for a point. The second-half performance had been of a superbly high calibre. Town had displayed steely credentials to raise the performance levels away from home and had much the better of the play against a Southampton outfit who were up for the battle having been winless in the previous five matches.

Maya Yoshida could well have snatched it at the end for the South Coast Club, but the Japanese defender smacked the post with his downward header. An accomplished point on the board away from home- and the first ever point at this stadium- which could easily have been turned into all three points. A great festive treat for the travelling contingent from West Yorkshire, and the matches are coming thick and fast with the Boxing Day visit of Stoke City up next.

A DIFFERENT TEST FOR THE YOUNG TERRIERS AGAINST GARUDA SELECT 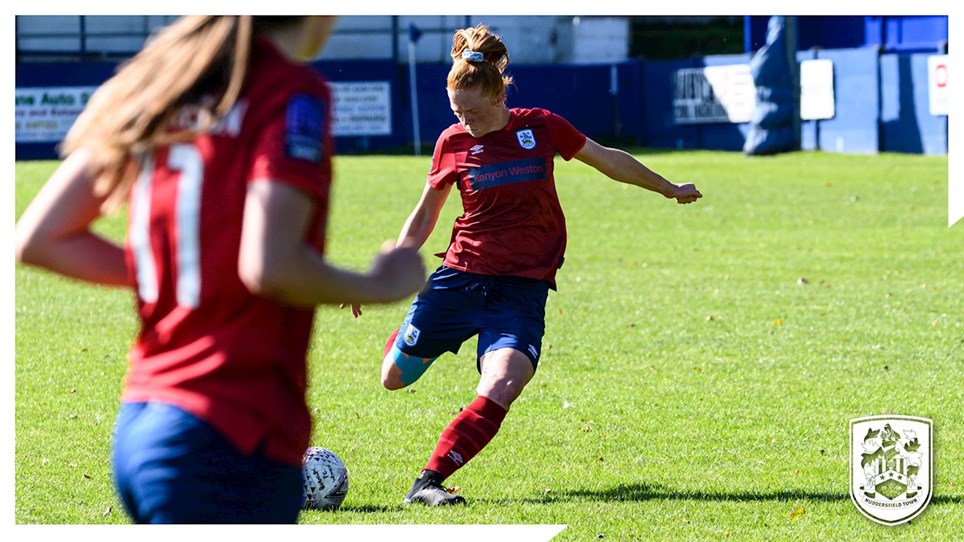