Second game of the season for Bromby’s side

Huddersfield Town’s Under-18 side will look to capitalise on its winning start when the young Terriers play at Colchester United in the Professional Development League on Saturday morning.

Leigh Bromby’s side comes into the game on the back of a dramatic 3-2 season-opening home win over Bristol City on Tuesday, sealed in the final moment when Town ‘keeper Luke Mewitt saved a penalty. Highlights are below for FREE via #HTTV.

This weekend, the young Terriers play the second of their games against an opponent from the southern division. During the season, Town – members of the 11-team northern PDL division – play the other northern teams twice and the 10 southern teams once.

The game kicks off at Colchester United’s Florence Park training ground at 11am on Saturday, with Town’s players sporting the navy and pink alternative kit. Any fans in the area are free to watch the game too! 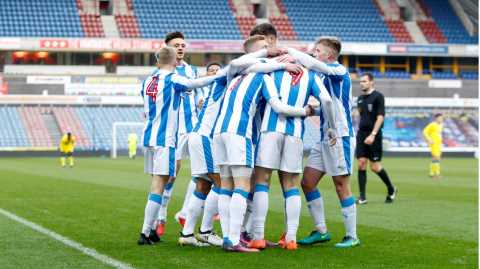