The Terriers meet the Blues on Tuesday evening in West Yorkshire

Huddersfield Town will be eyeing a return to winning ways when Birmingham City are the visitors to the John Smith’s Stadium for a Sky Bet Championship clash on Tuesday 2 March 2021; 7pm kick-off.

The Terriers come into the game looking to bounce back from successive defeats on the road at Preston North End and Derby County this week.

Carlos Corberán will be hoping his side can make it back-to-back home wins however following last week’s 4-1 victory over Swansea City on our last outing at the John Smith’s Stadium.

The game will be the first of two fixtures under the lights on home soil for the Terriers this week, with Cardiff City also making the trip up to HD1 for a Friday night encounter, three days later.

Favouring a more compact style under the Spaniard, City’s away form has been good so far this campaign, and currently ranks eighth in the division's best records on the road so far this season. 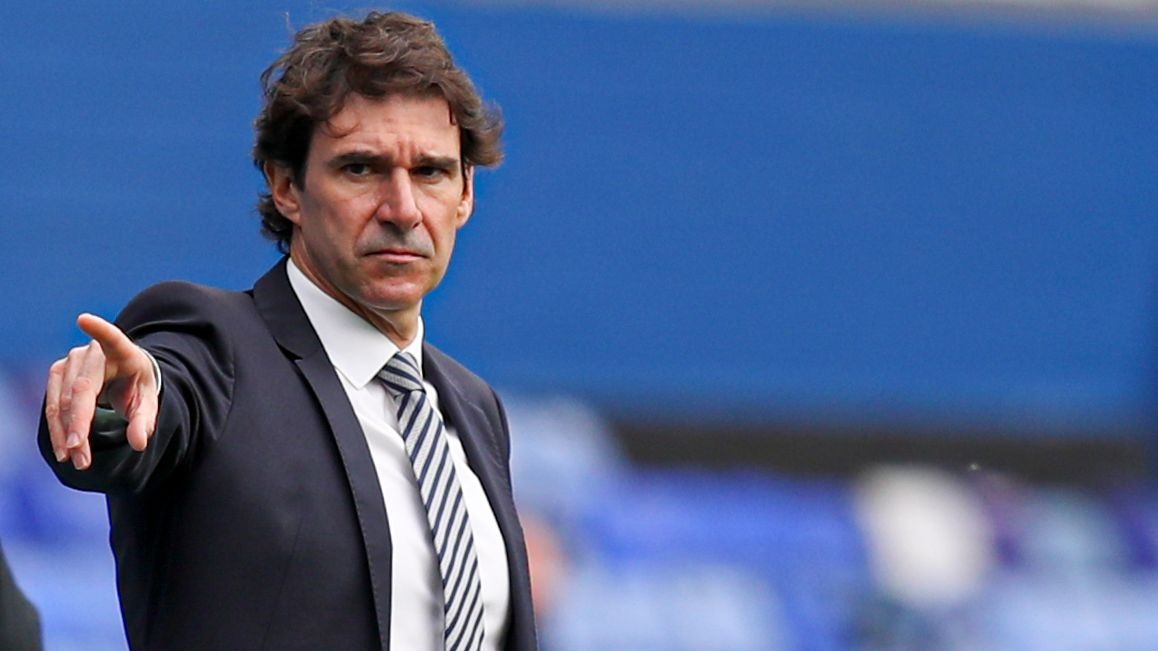 Karanka’s side have taken 22 points from 16 matches on their travels in 2020/21, conceding just 13 goals in doing so – the joint-second-best away defensive record in the Championship this season.

It’s at St Andrew’s where they have struggled more, with the Blues having the worst home form in the division to date, which has played its role in limiting them to 21st place in the league table.

With all eyes on their trip to the John Smith’s Stadium however, they’ll be looking to build on both that away record, and a win when they were last on their travels at Sheffield Wednesday, last month.

The Danish international has been a key player for the Blues so far this campaign, operating predominantly from left-back, but he can play right down the left side.

As well as being important to Birmingham’s solidity at the back, Pedersen also provides a threat at the other end, with a goal and an assist to his name so far this campaign with his sole strike this campaign coming as part of the Blues’ late comeback win against QPR at the weekend.

Pedersen had collected five international caps at under-21 level for Denmark before making his senior bow for De rød-hvide in an international friendly against the Faroe Islands in October 2020. 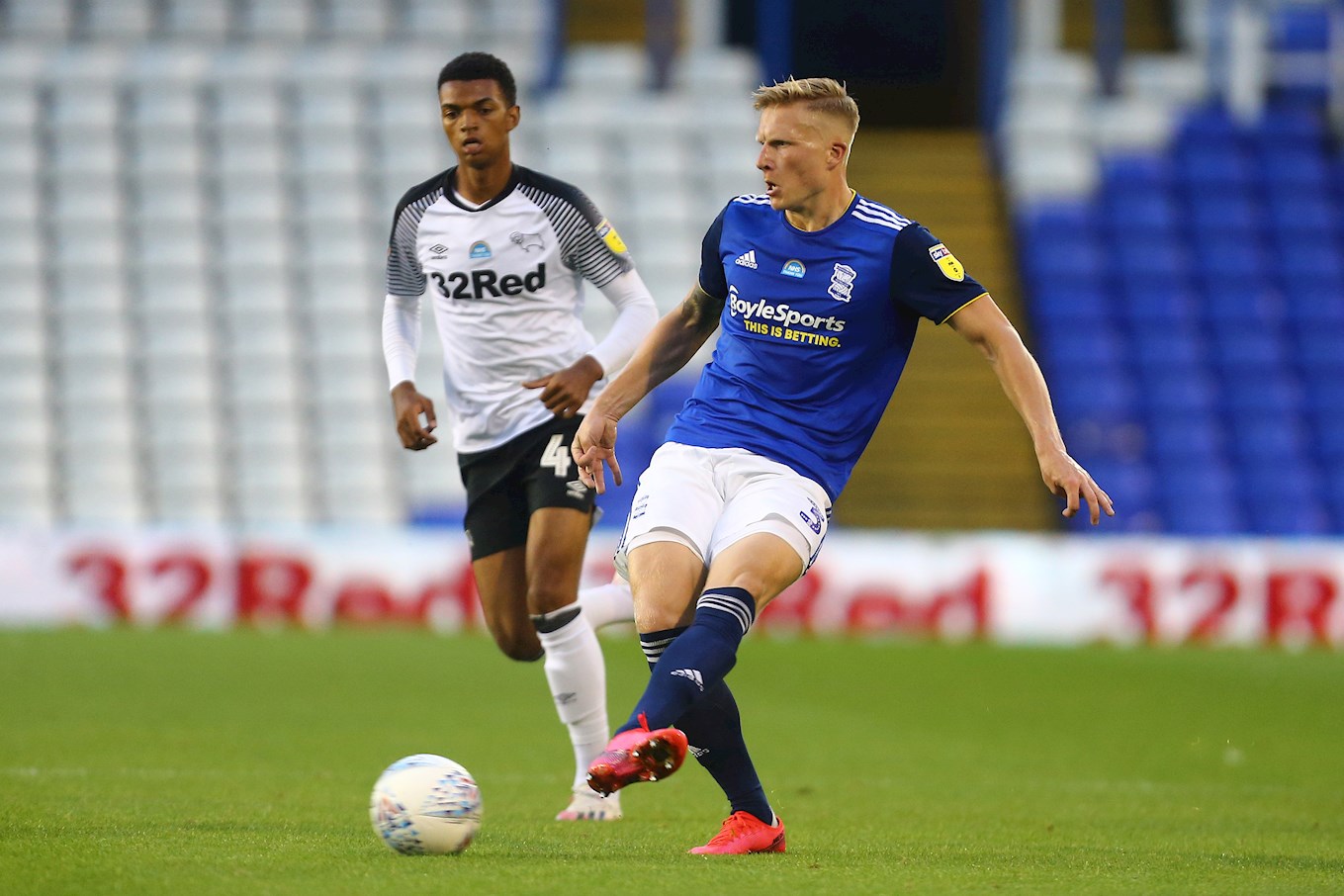 Having helped Spanish side Elche gain promotion to La Liga last season, the 28-year-old made St Andrew’s his new home ahead of the 2020/21 campaign.

After previously being on the books of Atlético Madrid and UD Almería before his time at Elche in Spain, the winger has mainly featured from the right in his first season in England, featuring in 32 of the Blues’ 33 Sky Bet Championship games so far this campaign.

In those matches, the Spaniard has scored twice as well as producing five assists – the joint-most goal setups in the City team this season. 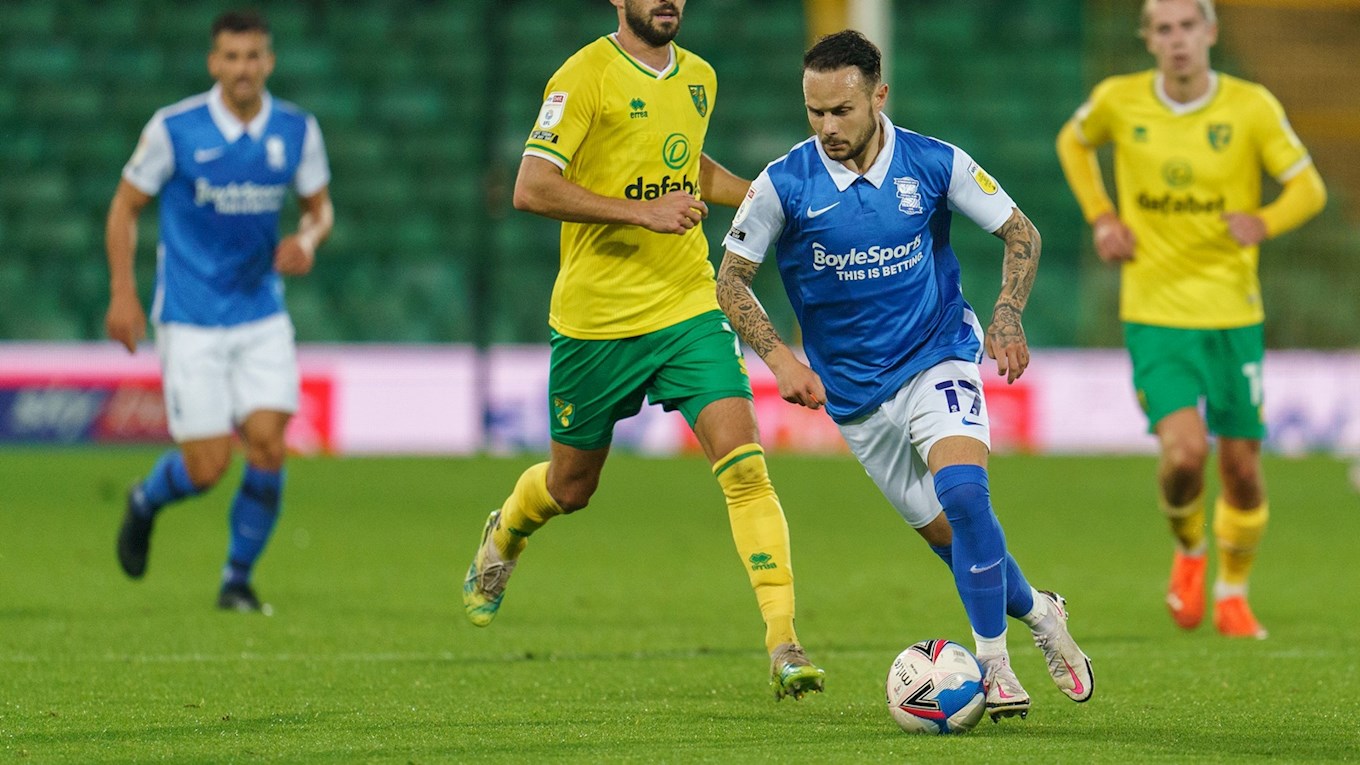 Hogan has been the Blues’ main goal threat this season as the Club’s top scorer in 2020/21 to date, with six league goals to his name.

The former Rochdale, Brentford and Aston Villa striker originally joined Birmingham on loan for the second half of the previous campaign before making that move permanent in the summer.

The 28-year-old has also represented the Republic of Ireland on eight occasions with his most recent international outing coming against Switzerland in October 2019. 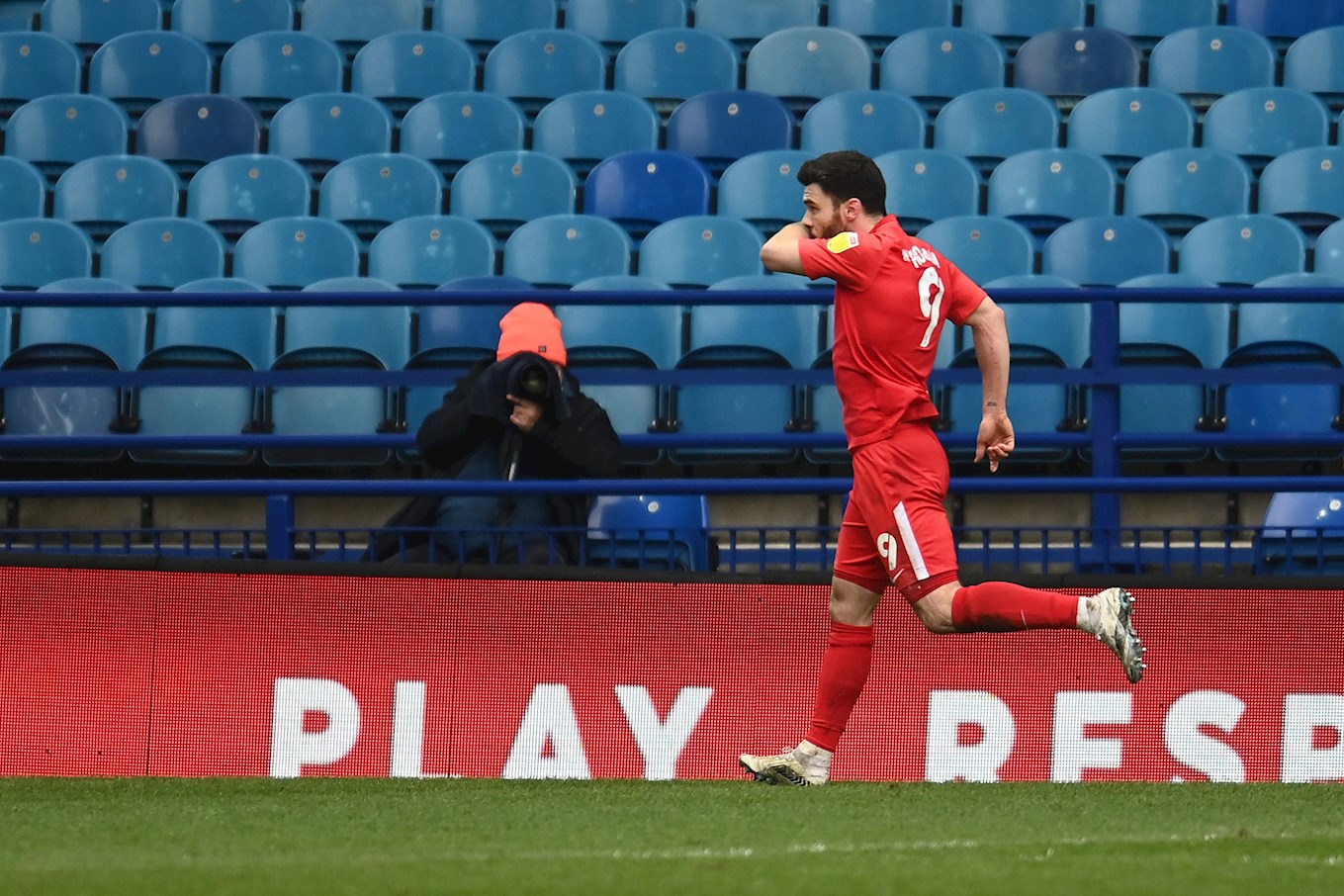 The Terriers go into the game looking to get back to winning ways following back-to-back defeats on the road in the last week.

Should Carlos Corberán’s be victorious, it will be Town’s second victory of the calendar year following a 4-1 win over Swansea in our last outing on home soil.

As for the visitors, they come into Tuesday’s encounter off the back of a late come-from-behind win against QPR on Saturday.

The victory was the Blues’ second win in their last three following a narrow triumph over Sheffield Wednesday on their most recent away trip, prior to a home defeat to Norwich City.

It’s the Terriers who edge the fixture’s record down the years with 42 wins to Birmingham’s 39 in the 114 meetings dating back to December 1910.

The 2-1 defeat for Town in the reverse fixture at St Andrew’s earlier this season was our first loss in five against the Blues.

Our game against Birmingham is one of 12 midweek matches in the latest round of Sky Bet Championship fixtures. All kick-offs are 19:00 GMT unless stated.

Carlos Corberán provided the latest update on the squad during his pre-match press conference on Monday afternoon.

Town will be back in the blue-and-white striped home kit for Tuesday evening’s clash – CLICK HERE to get yours!

The match will also be broadcast live by Sky Sports via the red button.

Fraizer Campbell’s second-half strike had given Huddersfield Town the lead but was cancelled out soon after as the Terriers drew 1-1 with Birmingham City in the Sky Bet Championship.

Campbell’s seventh goal of the season put Town ahead just after the hour before Marc Roberts’ leveller less than four minutes got the visitors back on terms.

The Blues went closest to a winner late on but couldn’t find a way through as the game finished all-square at the John Smith’s Stadium.

There was one change to the Town XI from the weekend’s trip to Preston with Richard Stearman coming in for his first start since November in place of Richard Keogh at the back.

With that being the only change, it meant that Fraizer Campbell made his 50th start for Huddersfield Town in all competitions from the start.

On a misty night at the John Smith’s Stadium, it was Town who registered the game’s first opportunity courtesy of Campbell.

The forward, who scored in Town’s 3-0 win against Birmingham at St Andrew’s in July 2019, saw the ball fall at his feet inside the penalty area and having dug the ball out, his shot was blocked by the crowd of visiting defenders that had assembled in front of him.

At the other end, the visitors’ first chance came by the way of Jérémie Bela. The City winger worked some space on the left side before dinking to the back post where the ball narrowly evaded the goal and drifted wide.

It was Stearman who then had to be alert just after the half-hour mark, getting his head to Iván Sánchez curling goalbound effort from just inside the box.

Sánchez was again at the heart of the action moments later, cutting in from the right flank. This time he drove into the box with his whipped strike falling just wide of Ryan Schofield’s far post.

After the break, Town had a lot of the ball to little reward before a moment of brilliance on 63 minutes from Campbell.

The ball dropped to Town’s no.22 on the edge of the box and he caught it sweetly, picking out the bottom corner with a ferocious strike on the half-volley to give the Terriers the lead.

Less than four minutes later however, the visitors drew level. A corner from the right fell to Marc Roberts inside the six-yard area and the Blues defender made no mistake in finding the net from close range to get the Blues back on par with Town.

Yaya Sanogo was among those introduced in the closing stages as the Terriers looked to find the all-important third goal.

It was the visitors who came closest though inside the three minutes of stoppage time. A long throw into the box from Roberts was flicked on and narrowly evaded the Town goal.

That turned out to be the final chance of the encounter as the sides shared the points at the John Smith’s Stadium.

Next up for Town is the visit of Cardiff City to the John Smith’s Stadium on Friday 5 March 2021; 7.45pm kick-off. 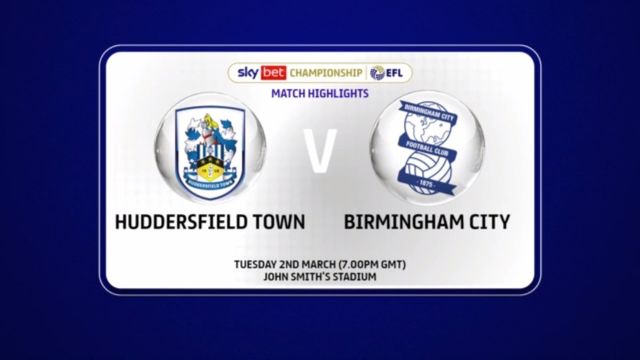 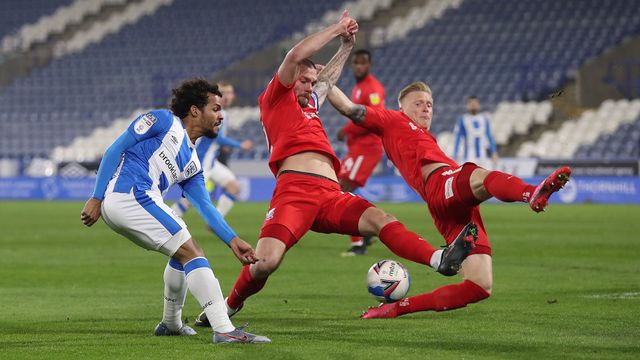