Huddersfield Town’s B team have been drawn to face Blackburn Rovers in the first knockout stage of the Premier League Cup.

It has been confirmed that our Premier League Cup game against Blackburn Rovers will take place on Tuesday 7 February with a kick-off time of 7pm.

Our B team came top of group C with four wins, one draw and one loss from their six games, including a 1-0 win against current Premier league Cup holders, West Bromwich Albion.

The Young Terriers may have some familiar faces lining up, as supporters will recognise Brodie Spencer, Nicholas Bilokapic, Brahima Diarra, Kian Harratt and Loick Ayina.

Ben Jackson and Etienne Camara played in this competition last season, when our youngsters made it to the knockout round and were beaten by Stoke City after they were undefeated through their group stage.

Your supports was incredible for our youngsters during our Premier League Cup group stage games, and we need you back to cheer on the B Team on Tuesday 7 February at 7pm!

Price information will come at a later date, but supporters will be welcome to come and watch Huddersfield Town’s next generation at the John Smith’s Stadium.

If you can’t make it to the academy games, but you’re interested in what’s happening with the Young Terriers, you can follow them on social media! 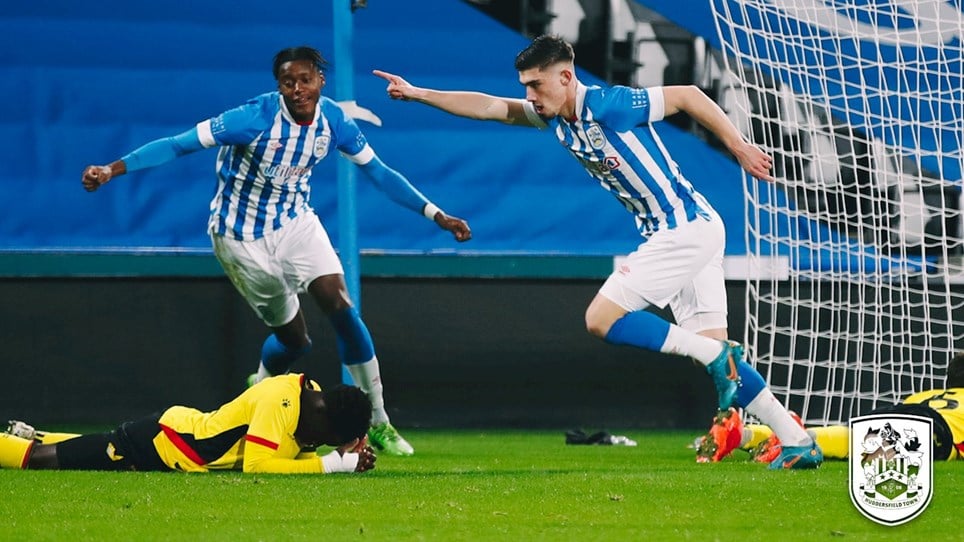 B TEAM TO PLAY BRENTFORD AT ST GEORGE’S PARK