Huddersfield Town B Team central defender Loick Ayina and Under-19 midfielder Sonny Whittingham have both had their first loan moves confirmed today.

Moving for an initial month to Boston United, 18-year-old French defender Loick Ayina joined Town in the summer of 2019 having played for both ESTAC Troyes and Sarcelles AAS before making the move to English football.

Often training with Carlos Corberán’s First Team at Canalside and a regular in Jon Worthington’s B Team, the young Congolese-born Frenchman is a commanding central defender who likes to play off the front foot and impose himself on opposition attackers.

Having progressed through the Town Academy from both Under-17 and Under-19 level into our B Team, this is his first loan move and will see him join the Pilgrims in the Vanarama National League North, where they currently sit fifth in the division.

In a similar deal, Under-19 midfielder Sonny Whittingham has joined Northallerton Town in the EBAC Northern League on a Work Experience loan. The 17-year-old’s first spell away from the Club, Whittingham is an intelligent central midfielder with a great feel for the game and real quality both in possession and when defending. 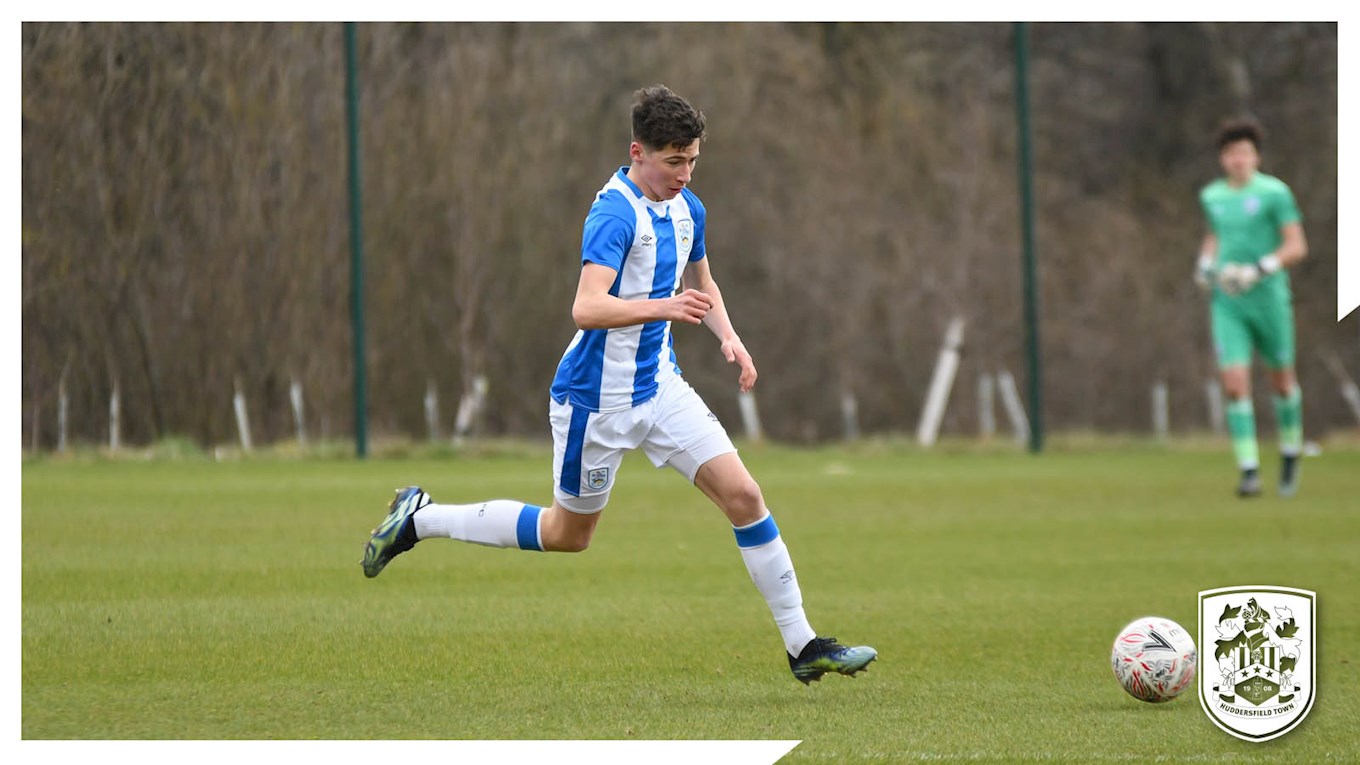 “We want to give Loick a different challenge.

“We try to give all of our players exposure to proper men’s football, and I think it’ll be a really good challenge at a good level and with a Club we know well. It’s a positive for him to go and experience new surroundings and get some important games in.

“Loick is well liked and well thought of by everyone, so this loan is key for him as he’s somebody we can see making that step-up soon and this will help him.

“Sonny’s move will be a Work Experience loan to Northallerton, where we also have goalkeeper Michael Roxburgh at the minute.

“It’s similar thinking to Loick in that it will be a new challenge, different surroundings, men’s football and a different changing room – all those sorts of things that players should get while they’re young.

“He’ll be playing in a far different environment against players who will test his physicality which will be good for him, so it’s a real positive that he’s going and getting some games as well.

“Loans compliment the programme they get at Canalside which is great. If we can supplement that programme with loan spells, it can only benefit our players.”