On this day 97 years ago, Huddersfield Town became Champions of English football for the first time!

Herbert Chapman’s Terriers went into the final day of the season needing to beat Nottingham Forest at Leeds Road to stand any chance of winning of the title.

Elsewhere, they needed leaders Cardiff City to drop points away at Birmingham City, with the Bluebirds also just needing three points to secure their first ever top-flight title.

But it was Town who made the 3 May 1924 a day for the Club’s history. The Terriers defeated Forest 3-0 courtesy of a brace from George Cook and a goal from George Brown.

Moments after the final whistle went at Leeds Road, news came through of Cardiff City’s 0-0 draw at Birmingham, crowning Town Division One Champions for the first time!

It came just two years after the Club lifted the FA Cup for the first time and turned out to be the first of Town’s ‘Thrice Champions’ seasons, with the Terriers going on to repeat the league success in the following two years as well.

96 years on from one of the most famous days in the Club’s history, htafc.com is taking a look back at the season that led to that magnificent conclusion!

Town went into the 1923/24 campaign off the back of a third place finish the year before, ending up seven points behind eventual Champions Liverpool.

Looking to kick on from that record-high finish, the Terriers got the new campaign off to the perfect start with a 1-0 opening day win against Middlesbrough, before overcoming Preston North End in their first away game of the season.

One of Town’s biggest wins of the season came in a 4-0 thumping of the Lilywhites in the reverse fixture a week later, before a nine-game unbeaten run in the league between September and October saw Chapman’s side put their name in the mix at the top end of the table.

Highlights of that run saw wins over Everton, West Bromwich Albion and Birmingham City before defeating the reigning Champions, Liverpool, 3-1 at Leeds Road in mid-November.

Forward George Cook got on the scoresheet twice that day, along with a Walter Wadsworth own goal for Town, whilst at the other end, the Terriers conceded for the first time all season at Leeds Road.

Despite a thumping 6-1 win over Arsenal three days before Christmas, Chapman’s Terriers lost five of their 11 games following that win over Liverpool, between November and January.

To keep their title hopes alive, the side went on a pivotal run in the new year that saw them go 15 league games unbeaten and return to the mix at the top once again.

The Terriers could have potentially wrapped up the title in the next game at Aston Villa but a 3-1 loss in the Midlands saw the title race go down to the final day.

It was on that day that Town defeated Nottingham Forest, whilst Cardiff drew at Birmingham, ensuring the Terriers would match the Bluebirds’ total of 57 points.

With the side’s level on points, Town’s superior goal average saw them pip Cardiff City to the league and lift the Club’s first ever Division One title. 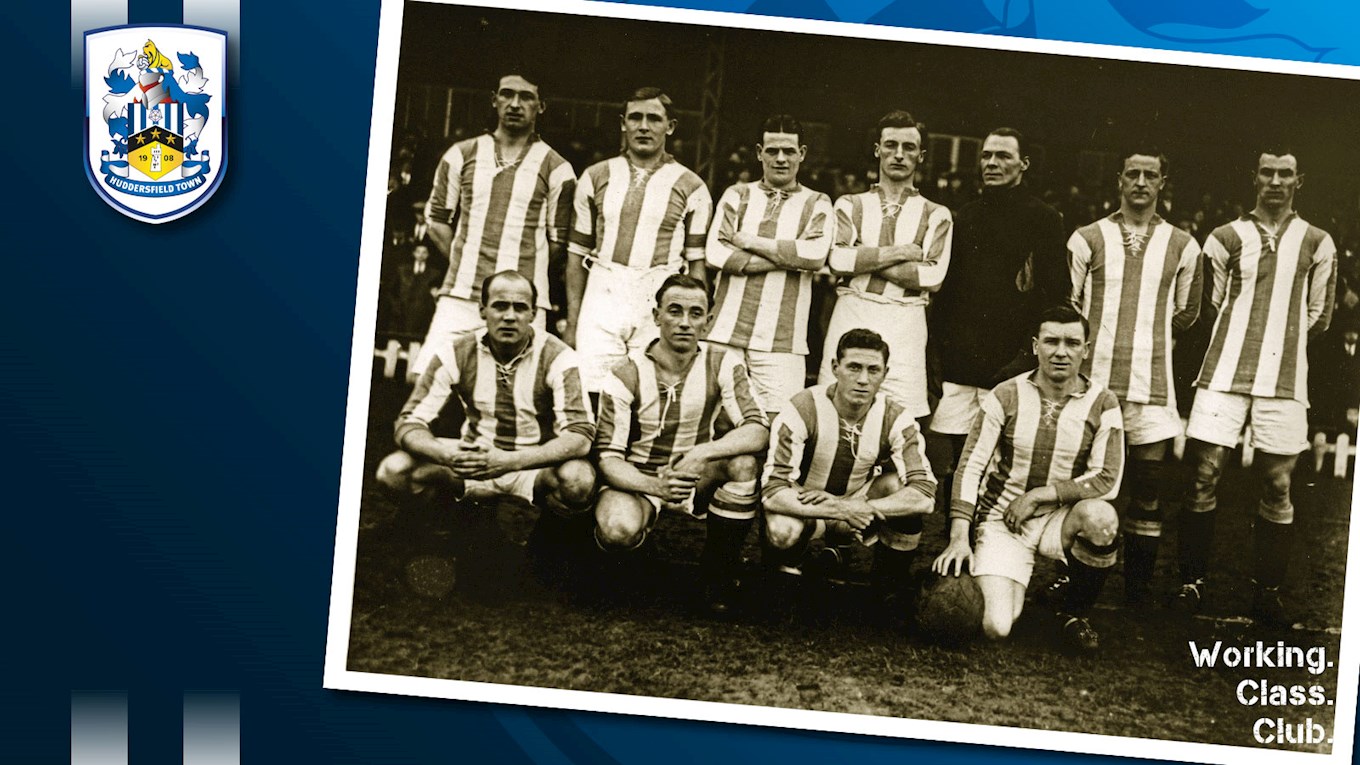 Chapman originally enjoyed a 13-year playing career that included him getting his first taste of management, as player-manager of Northampton Town.

Having retired from the game in 1909, he focuses on his managerial duties and spent another three years at the Cobblers before moving up to West Yorkshire to take charge of Leeds City in 1912.

After six years there, followed by three years out of the game, Chapman returned to football as Huddersfield Town’s assistant manager in 1921, before becoming the manager a month later.

In his first full season in charge, Town won the FA Cup after beating Preston North End 1-0 in the 1922 Final, before securing a record-high third place in Division One, in the following season.

In 1923/24, Chapman’s footballing philosophy ensured a solid Terriers defence, that kept 18 clean sheets across the campaign, and was ultimately the foundations that would lead Town to a first top-flight title in the Club’s history.

Town’s first-choice goalkeeper across the campaign was none other than England ‘keeper Ted Taylor, who featured 35 times in the league season, playing a pivotal role in Town’s solid record at the back.

Defender Billy Watson, who spent nearly two decades at Town, also helped towards that consistency at the back and was the Club’s only player to feature in every one of the campaign’s 42 games.

At the other end of the pitch, the Terriers only actually had five players that got on the scoresheet throughout the entirety of the campaign.

The other player to get on the scoresheet for Town in that season was top scorer Charlie Wilson, who netted 18 times in the league, 20 in all competitions.

Having been acquired from Tottenham Hotspur by Chapman in 1922, Wilson was key to Town’s inaugural title-winning season, before going on to top the Club’s scoring charts again as the Terriers completed the feat again the following year.