A tall, left-footed central midfield player, Etienne has put pen-to-paper on a professional contract running until the summer of 2022.

He will join up with Town’s Under-19 group, whilst boarding at Rishworth School as part of our new partnership.

Born on 30 March 2003 in Noisy-le-Grand, France, Etienne started playing for football with US Torcy in the eastern suburbs of Paris as a 12-year-old.

He was spotted playing for Torcy’s Under-17 side by Head of Football Operations Leigh Bromby and Academy Manager Emyr Humphreys during a scouting trip to the French capital in October 2018, and immediately invited for a trial a month later.

Etienne impressed, but decided to join French top-flight side Angers at that stage. However, he now joins his fellow Young Terriers at Canalside – including compatriots Loick Ayina and Brahima Diarra! 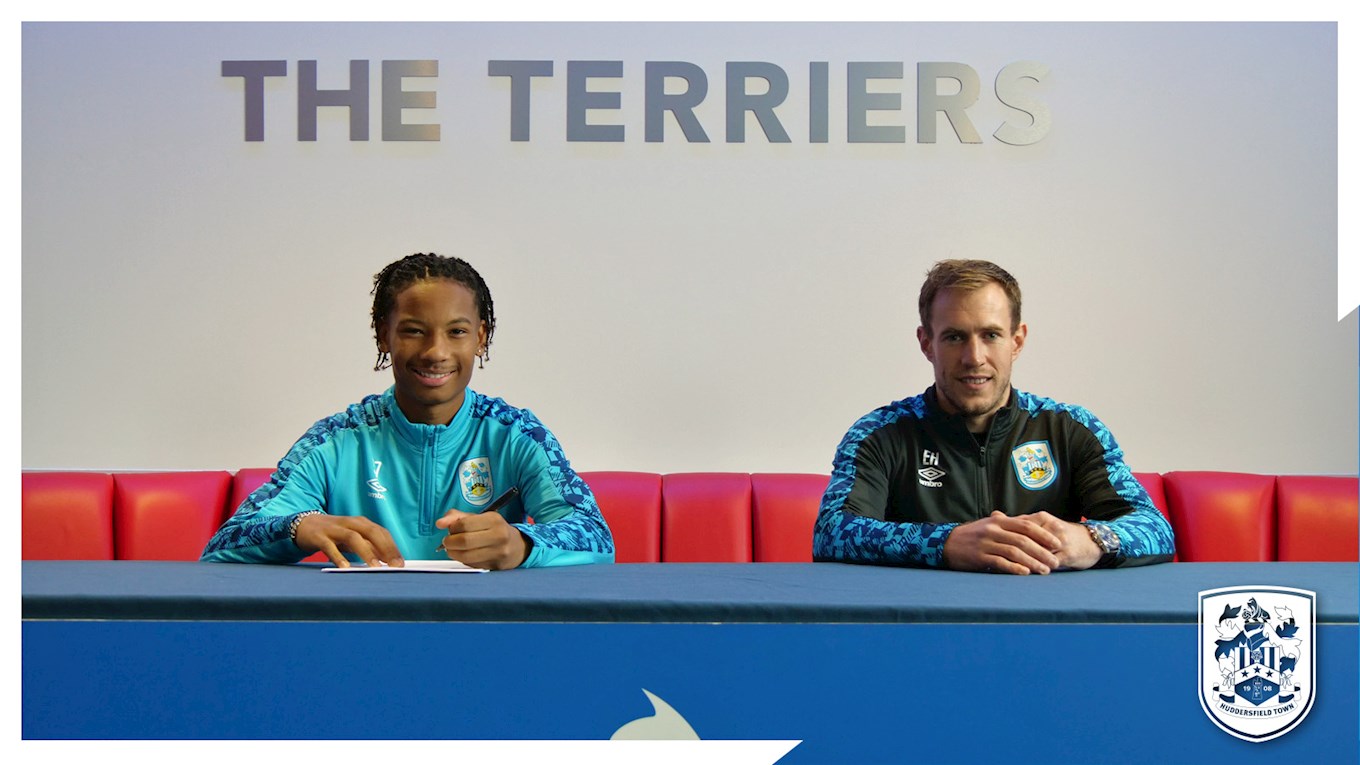 “We’ve been monitoring Etienne for a long time now, so we are really pleased to get this over the line.

“He had a lot of options, but our style of play and ability to transition young players into the First Team makes Huddersfield Town a really attractive proposition.

“Etienne has all the abilities to be a success here, but the hard work really starts now for him. We can’t wait to get working with him.”

You can support Town's Academy by joining the Blue & White Foundation - and you could win £20,000 in the process!