Bully was part of Neil Warnock’s Huddersfield Town side that faced Brentford over two legs before defeating Bristol Rovers in the Final at Wembley to achieve promotion to Division One.

The sides were level ahead of the game at Griffin Park, following a 1-1 draw at the McAlpine Stadium in the first leg.

“A lot of people would have thought at the time that we were down and dejected. But we weren’t. We were very confident we could go down there and get a result,” admitted Darren.

“The manager at the time Neil Warnock drilled into us that we could beat anybody on our day.”

The game didn’t get off to the ideal start for Town. Nicky Forster put the Bees ahead early in the first half from the spot, but Darren insists the goal didn’t put the Terriers on the back foot.

“Obviously they scored the penalty, Franny (Steve Francis) was unlucky, he got a hand to it. After that, we were still confident.

“We had not just 11 players on the pitch, we had 14/15 squad players too. We all knew we could do it, not one of us dropped our heads. We were confident we would get back into the game.”

Forward Andy Booth was the Club’s top scorer that season, with perhaps one of his more important of the campaign getting Town back into the game on 30 minutes. However, Bully admits the team still had a lot of work to do.

“It was great to get back in it, but we still had a job to do. There was still a lot of twists and turns left in that game but obviously it went to extra time and then penalties, and we went from there.

“I can only speak for myself, but I was pretty confident, I wasn’t nervous at all. You just get on with the job, you don’t get time to over think, you just have to get the job done.”

With the score 1-1 on the night after extra time and 2-2 on aggregate, the tie went to penalties. With a place in the Play-Off Final at stake, the former Town midfielder acknowledges not everything went to plan during the shoot-out!

“We practiced in the week. Neil obviously said we need to practice penalties because it could go there. The likes of myself, Dux (Lee Duxbury), Ronnie (Jepson) stepped up, Andy Booth was a coward, he didn’t want to know!

What did go to plan was the spot-kick itself. Bully stepped up to covert the all-important penalty, sending the Town fans into raptures; a moment he remembers fondly.

“I was fine until the third penalty we took and then I started pacing on my own. When they missed before me, I knew we couldn’t lose it if I missed too.

“I just walked up to the ball, picked it up, put it on the spot, didn’t even look at the keeper, turned around, ran up and smacked it as hard as I could!

“The emotions after were more relief for the fans. The support we had that season was fantastic, I don’t think I’ve ever played in-front of more passionate supporters.

“They were unreal that night. It was crazy, they were our 12th man. I can’t speak highly enough of Huddersfield Town supporters, they’re fantastic. I just tried to repay them in the best way I could.”

This exclusive interview was first seen in Town’s match day programme ‘The Terrier’. 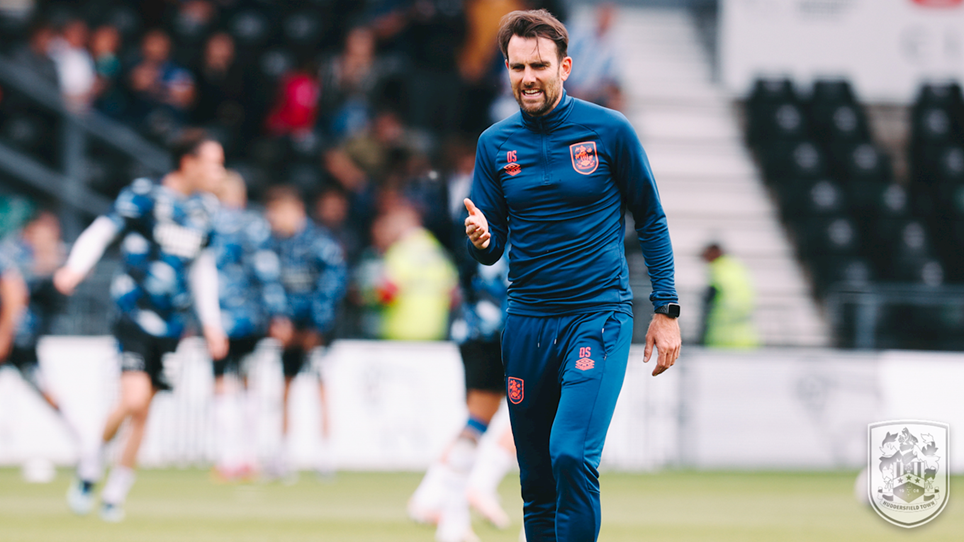 CARLOS: WE HAVE A REAL TEAM