Were you a lucky winner from Huddersfield Town’s Golden Gamble draw, sponsored by Barden Print, at Saturday’s game against AFC Bournemouth?

Huddersfield Town defender Tommy Smith made his way onto the John Smith’s Stadium pitch to draw the following numbers: 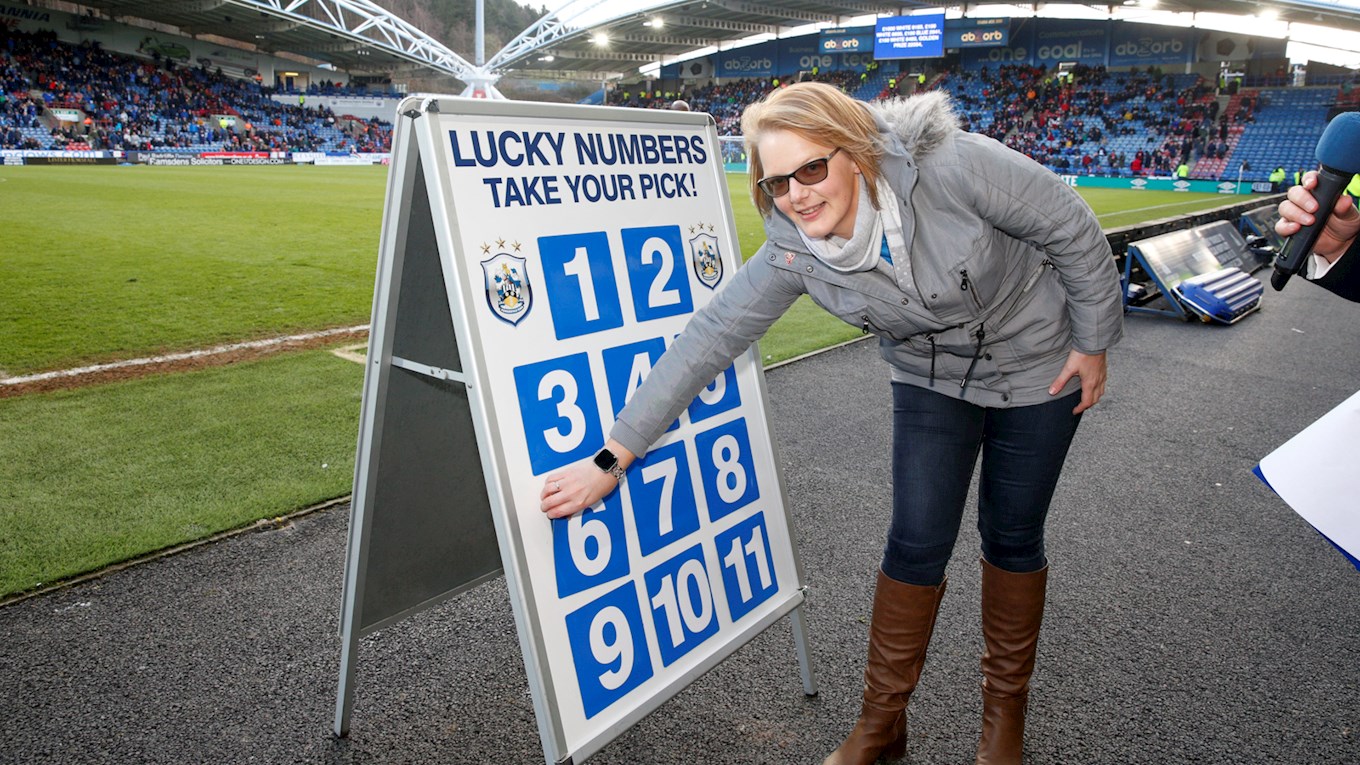 Victoria (above) made her way pitch-side at the John Smith’s Stadium to take part in the ‘Take Your Pick’ game. She won a Terrier Cushion, which means the cash rollover will now rise to £4,500 for the Terriers’ game against Leicester City on Saturday 6 April 2019.