Young striker Karlan Grant joined Huddersfield Town from Charlton Athletic, a Club he was at from the age of 12.

Born on 18 September 1997, the striker was born just a stone’s throw away from the Addicks, in Greenwich, London.

The 21-year-old came through the youth ranks at Charlton Athletic and during that period was capped by England’s Under-17s. Whilst on international duty with the Young Lions, he was part of the squad that finished runners-up in the Algarve Tournament.

It was during his time in Charlton’s Academy when he scored his best goal to date, check out what that was below on #HTTV!

His early success prompted him to sign a three-year deal with Charlton in 2014 at the age of 17.

Later that year, the 6ft tall striker made his professional debut for the Club in the Sky Bet Championship. He came on as a late substitute as the Addicks beat Norwich 1-0. Just over two weeks later (18 October 2014), he made his first start (image below) as Bob Peeters’ side lost to AFC Bournemouth.

In November 2014, Karlan was called up to England’s Under-18s squad for the first time. He went on to get four caps at that age group.

It was during the 2015/16 season when he scored his first professional goal; that came in a 4-1 win over Dagenham & Redbridge in the EFL Cup.

Karlan’s first league goal followed, just after he turned 18, with a strike against Cardiff City in the Sky Bet Championship. He finished that campaign with a loan spell with Sky Bet League 2 side Cambridge United.

Alongside this, the youngster continued to progress up the international ladder, featuring for England’s Under-19s against Croatia.

In January 2018, Karlan, who was in search of regular First Team football, made another loan switch, this time to Sky Bet League 2 side Crawley Town (below) and flourished, scoring nine goals in 15 league starts. 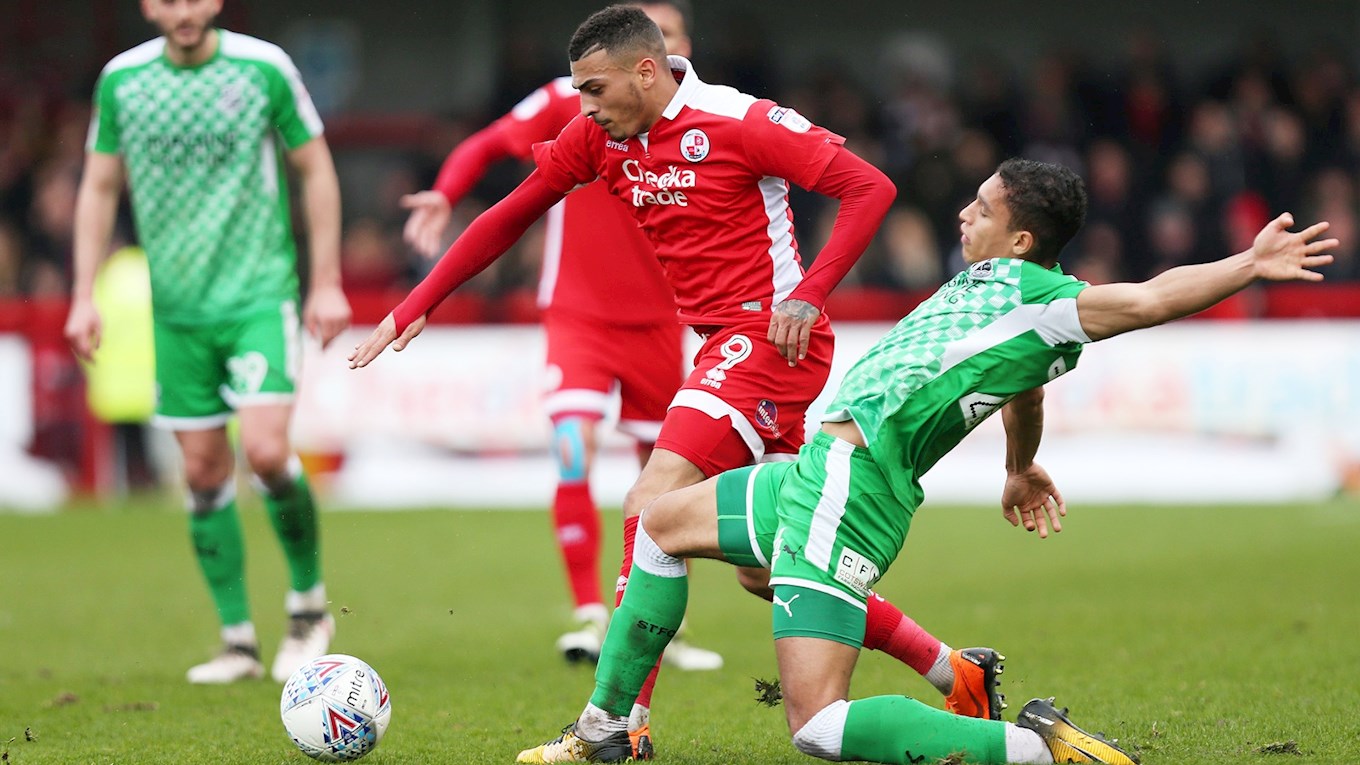 His good goalscoring form continued into the current 2018/19 season. Before signing for Huddersfield Town, the 21-year-old had 14 goals and five assists to his name in 28 Sky Bet League 1 appearances.