New name to appear on Town’s shirts this year

Huddersfield Town can today confirm that Asian Media Company Leisu Sports will be the official Sleeve Sponsor on the Club’s shirts for the upcoming 2018/19 Premier League season.

The logo of Leisu Sports, which will also continue as Town’s Asian Media Partner in the new campaign after a successful first year of partnership in the Club’s first Premier League year, will appear on the left sleeve of Town’s home, alternate and goalkeeper shirts – including replicas – in 2018/19.

This partnership builds on the Club’s recent success with front of shirt sponsor OPE SPORTS and will continue to help grow the Club’s presence in international markets.

“We are really pleased to have developed the relationship with Leisu Sports into a second year deal, which will see them remain as our official Asian Media Partner as well as becoming our official sleeve sponsor for the upcoming season.

“This is another fantastic commercial deal for the Club and will continue to help put Huddersfield Town on a global platform in territories such as Asia.

“The new Leisu Sports logo really compliments our new Umbro shirts, as you can see from the pictures of Terence Kongolo in the new 2018/19 home kit.”

“Leisu Sports is delighted to continue its support of Huddersfield Town and is really excited to become the Club’s official sleeve sponsor for next season.

“We are thrilled to be part of Huddersfield Town’s Premier League journey and are looking forward to working with the Club further to grow its international presence.” 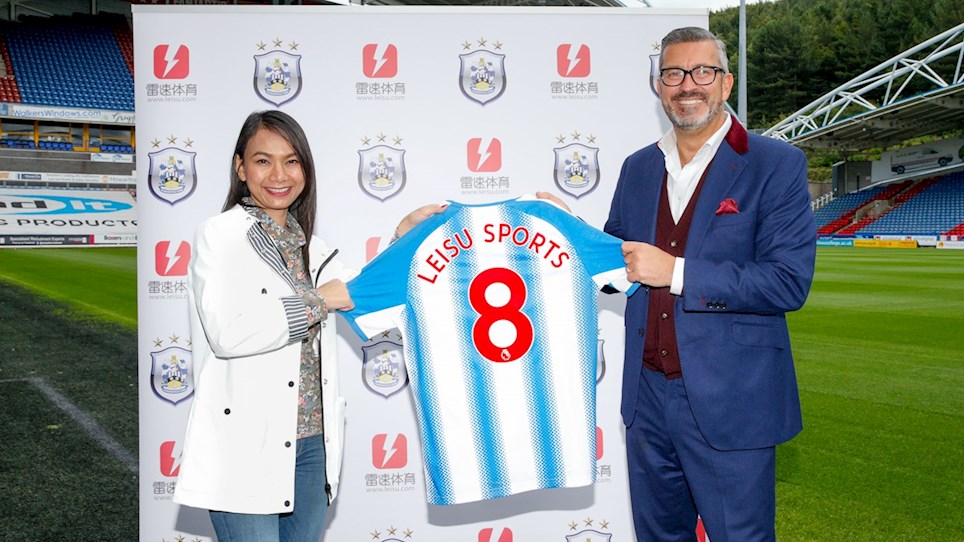 
Buy your replica kit in store or online