Huddersfield Town’s newest recruit Alex Pritchard made his way onto the John Smith’s Stadium pitch to draw the following numbers:

Gold 8888 – Not Claimed Yet – The prize was two seats in the Director's Box and a meal in the White Rose Club at the Club’s upcoming match against Crystal Palace. 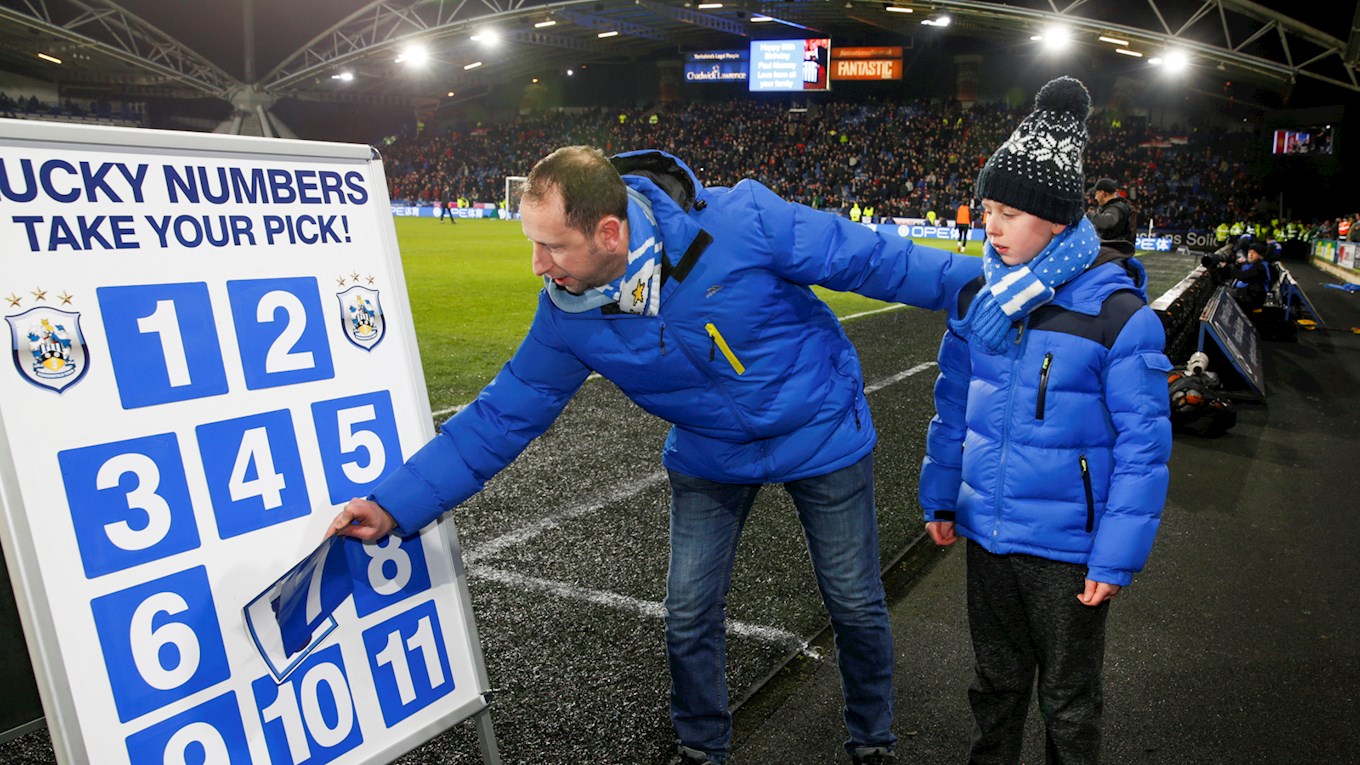 Dave (above) made his way onto the pitch at half-time to play the ‘Take Your Pick’ game and won a Huddersfield Town water bottle! That means the cash rollover rises to £2,250 at the Club’s Premier League match against Swansea City at the John Smith’s Stadium.