Young defender progressing with the coaches at Huddersfield Town

Demeaco Duhaney has experienced a number of new challenges since joining Huddersfield Town in the summer, none more notable than playing against senior teams.

Throughout the course of the 2018/19 campaign, Town’s Elite Development Team and Under-19 sides have been playing against a plethora of different sides; some men’s, some of Europe’s elite (at a similar age group) and some English Academy sides.

A day after completing his latest 90 minutes for the Young Terriers against a senior Morecambe side in the Central League Cup, the 20-year-old right-back explained to htafc.com that playing against men has been the biggest difference for him since joining from Manchester City.

“I’ve played against European teams before, so I knew what I was going to face; different referees and different styles of play. But some of the adult teams have been quite different!

“We are playing against adults, who maybe aren’t as technical, but are more aggressive. Sometimes the surroundings are different too.

“I have to adapt more to the surroundings, so the pitch and having a crowd, but I don’t focus on my opposition too much to change my game, I focus on myself and try to perform to my best.”

The youngsters performed admirably against Morecambe winning 3-0 and you can watch the highlights below on #HTTV!

A big part of the bespoke games programme is to give the young players different tests, so they have to work on different parts of their games, whilst also adapting to what’s around them.

Alongside this, Demeaco has been working very closely with both Mark Hudson and Leigh Bromby to improve his game both defensively and going forwards.

“The coaches have been helping me and teaching me how to get out quicker to stop crosses coming in; I think it’s brought me on quite a lot.

“I’m becoming more vocal, I’m one of the oldest on my team, so I think I’m trying to become more of a leader on the pitch.

“My main threat has always been going forwards, so I’ve kept going with it and trying to make it even better.

“I’m working more on my left foot more and on different types of crosses, but I like to get forward a lot.” 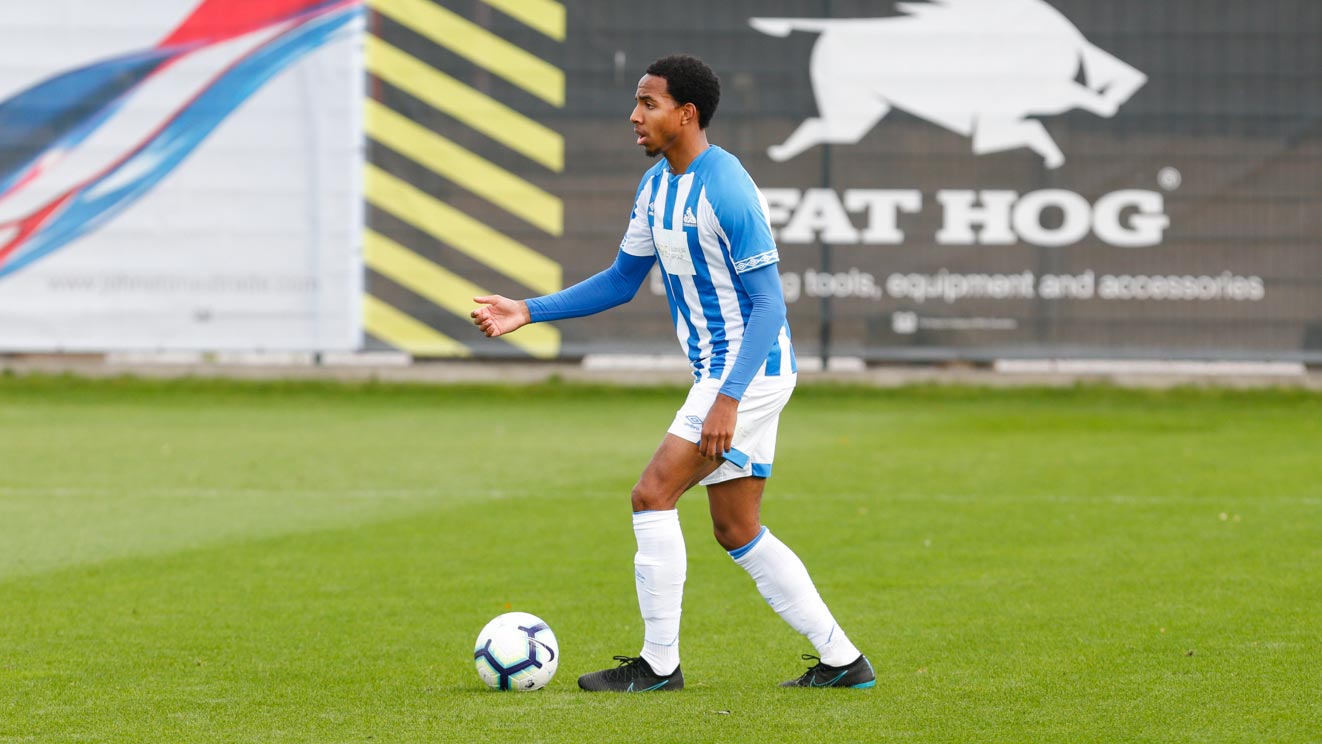 Working with two coaches who have both played a number of games in the top two tiers of English football has been a great benefit for the youngster.

“I know I can go up to Mark or Brombs and ask them about things I want to develop on because they’ve been there and done it; they have the experience I don’t have at the moment,” said the 20-year-old.

“If I ever have a doubt, I can just call them, whether it be about my game or anything else. They are very helpful like that.”

The transition from Manchester City to Huddersfield Town hasn’t been too difficult for the England Under-20 international due to similar styles of play.

He explained how he was always used to having a lot of the ball, but how using the Terriers Identity has helped him develop.

“The style of football is similar to where I previously was, we play out from the back and we like to have more possession than the opposition, so there wasn’t much of a difference.

“I took everything the coaches told me on board, I started slowly, but now I feel like I’m getting into the tempo of things, getting used to my teammates and playing better and better each game.”