Grab a copy of The Terrier at the WBA game

Huddersfield Town’s official matchday programme, The Terrier, will go on sale before the Club’s Premier League game at home to West Brom.

You can purchase a copy of the programme from around the John Smith’s Stadium and from the PPG Canalside Fanzone.

The programme will cost £3.50 for 84 pages of exclusive Town content ahead of the 3pm kick off at the John Smith’s Stadium.

The feature player interview will be with United States international Danny Williams. The industrious midfielder reveals details on the start of his career in the Bundesliga, his initial struggles when he first came to England and coming up short against Town in last season’s Sky Bet Championship Play-Off Final. 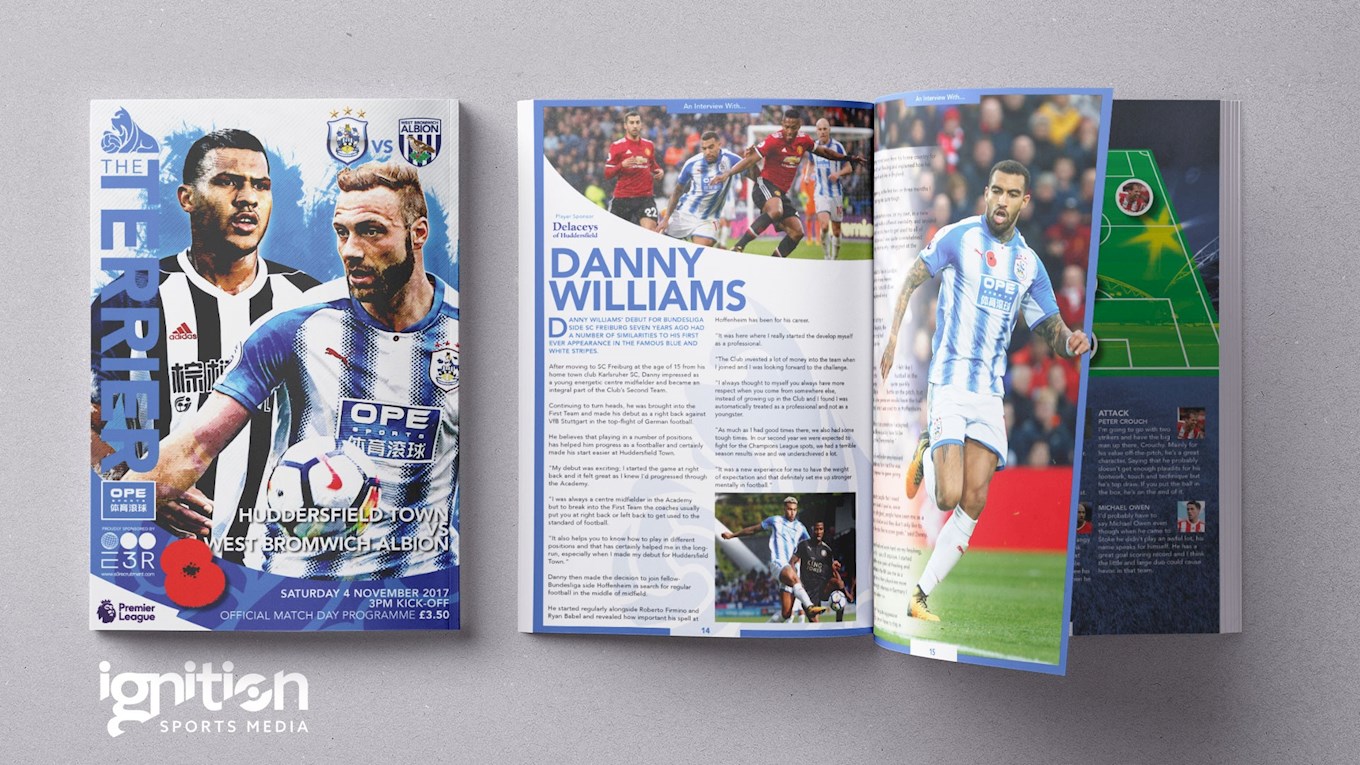 Chairman Dean Hoyle and Head Coach David Wagner both comment on the fantastic support from the Town fans in the games against Manchester United at home and away at Anfield against Liverpool.

This issue of The Terrier also timelines David Wagner’s first two years in charge of Town; from his appointment in November 2015 all the way through to his “proudest achievement” the 2-1 victory over Manchester United at the John Smith’s Stadium.

Columnist Doug Thomson offers his expertise and opinion on Town’s season in this week’s ‘An Outside View.’ Doug has over a decade of experience writing for The Examiner on top of being a lifelong Town fan. He discusses the history of both sides, including ‘one of the founders of Total Football’ former Baggies manager Vic Buckingham and three way title battle between Huddersfield, West Brom and Wolves in the 1953/54 season.

The Terrier has several pages dedicated to today’s visitors; we look at the Baggies’ recent Premier League history, players to watch and takes a look at Head Coach Tony Pulis. 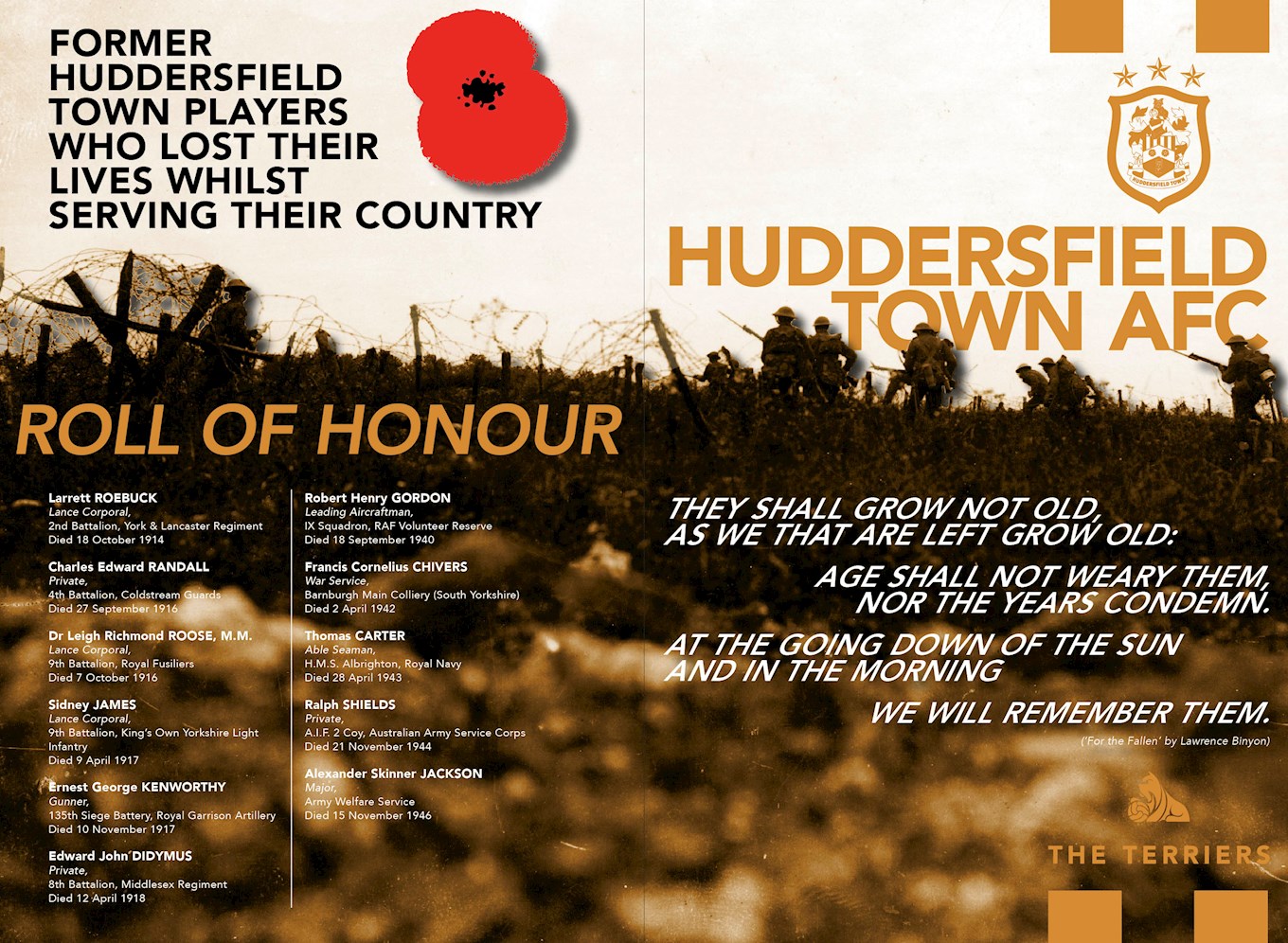 With this being Town’s final game before Armistice Day, there is a special feature piece on both World Wars and football during the war-time.