Visit the Perrys Vauxhall Fanzone ahead of Town vs Man City

Are you coming to Town’s Premier League match against Manchester City? Well why not start your match day early by coming to the Perrys Vauxhall Fanzone at PPG Canalside!

The newly designed ‘Fan Park Village Square’ at the Fanzone will hold a number of different activities that all the family can get involved in!

The Fanzone Square will now make it easier for fans to see what is going on ahead of a match day as well as take full advantage of everything on offer.

With Town’s match kicking off at 4pm, the fanzone will start at noon with a number of food stall opening for supporters.

A tasty BBQ kindly sponsored by Haighs Farm Shop will be selling a variety of tasty burgers. The famous Haighs Farm Shop Pork Pie will also be available so make sure you’re there early to grab yours! 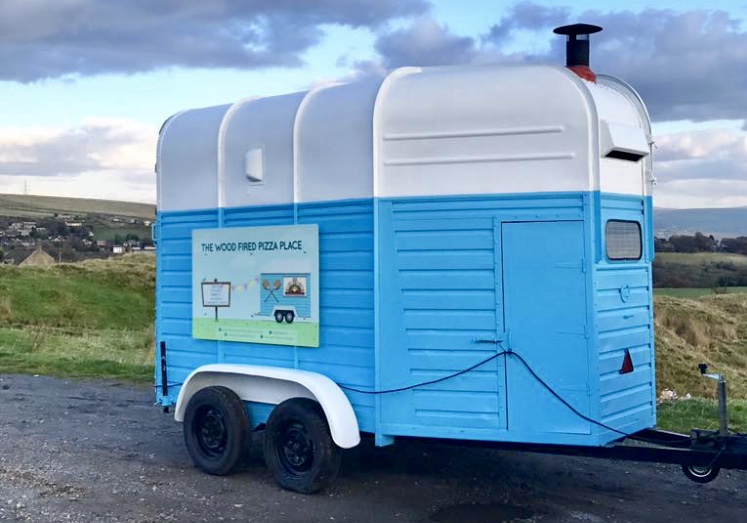 If you fancy something different the Wood Fired Pizza Co (above) will be serving up delicious 9” pizzas from the back of their blue and white trailer. There’s a variety of different toppings available such as Ham & Pineapple, Margarita, Pepperoni and Vegetarian.

Of course, the PPG Canalside Match Day Menu is also available for supporters where you can choose from a fantastic selection of homemade food. It could be your opportunity to try our brand new shredded duck nachos!

Freshy made blue and white donuts are also available to supporters, so why not grab some on your way to the John Smith’s Stadium.

There’s entertainment for the whole family! Starting with our Young Terriers a special Match Attax stand has been brought to the Fanzone!

Do you have a Man of the Match Elias Kachunga that you would like to show off to your friends? Bring him to the Match Attax stand.

There will also be a chance for you to swap, trade and learn how to play Match Attax in a friendly and safe environment. You may also have the chance to win some free cards!

Not only this but you can also take on other young fans or your friends on FIFA 18 in the GAME Den. Take control of Aaron Mooy or Kevin De Bruyne and show off your skills.

For our fans over-18, Boothy’s Beer and Banter welcomes Paul Lake to the stage at 1.30pm. The former Manchester City defender will be interviewed on stage by Club Ambassador Andy Booth.

You will have a chance to quiz Paul about the Man City match and about his life as a professional football in a relaxing setting. This will take place exclusively in the Radcliffe Suite so make sure you get down early to secure your seat.

A live band will also start in the Fanzone’s Village Square around 1.30pm in the HTAFC branded trailer staging provided by Expect Distribution.

Love Generation, a Huddersfield-based cover band, will play a number of hits for supporters with a reggae twist.

Why not treat yourself to a pre-match pint at the Fanzone? You can grab one in either the outside or indoor bars!

The new John Smith’s outside countainer bar will be a permanent feature at the Fanzone serving Fosters, John Smith’s, Strongbow, Strongbow Dark Fruits. Official Huddersfield Town beers will also be available from the John Smith’s Bar as well as a selection of soft drinks.

The inside PPG Canalside bar will serve Heineken Extra Cold, Old Mout Ciders and Hardy’s Wine. Huddersfield Town’s Official beers brewed in Huddersfield by Magic Rock Brewery – Promised Land Pilsner and Hat-Trick will also be served. As well as the ever-popular Strongbow Dark Fruits on draught and a tempting selection of Yorkshire Crisps.

Why not purchase one of Town’s Stack Cups to have your pre-match drink in? You can start your collection of plastic ‘Stack Cups’ sponsored by Stafflex.

The cups are available for just £1 at both the inside and outside bars and you have four special Huddersfield Town designs to choose from including Christopher Schindler and David Wagner. 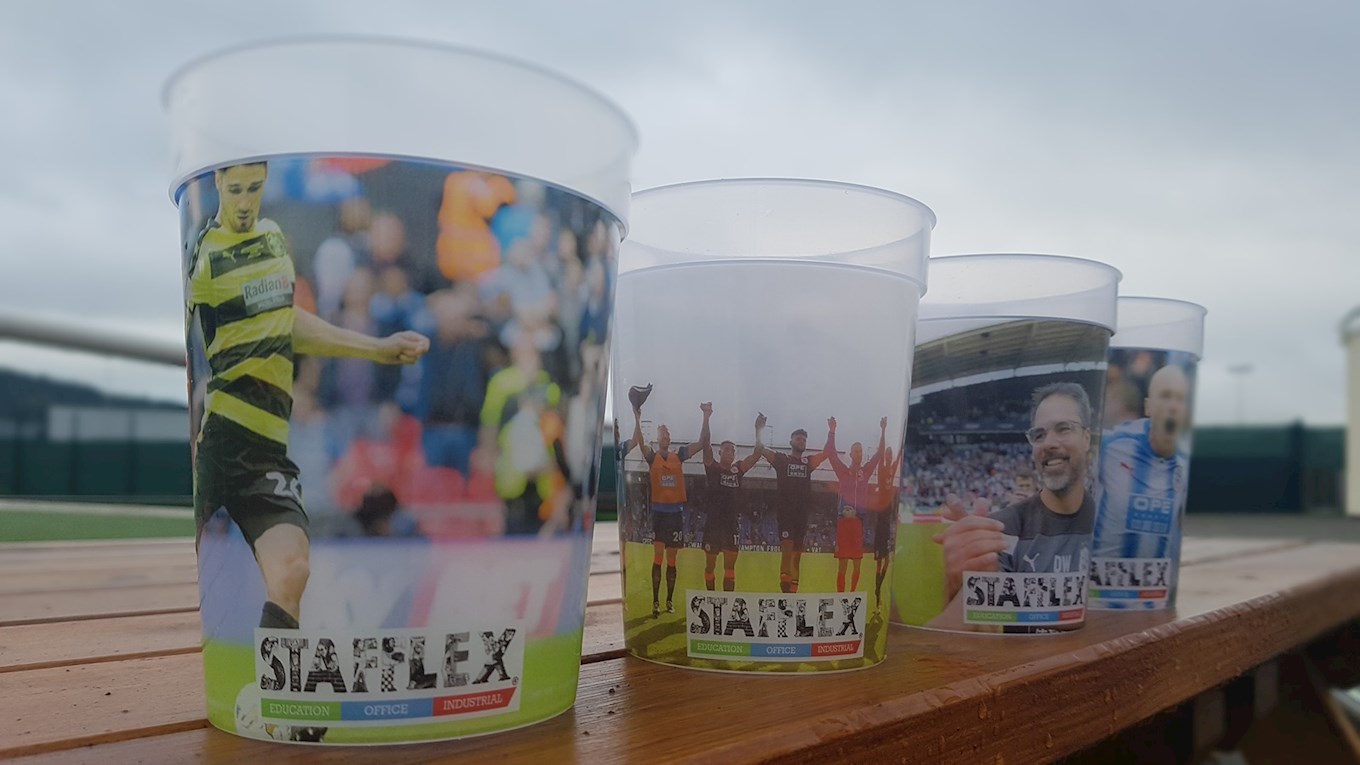 The weather is starting the get a bit chilly so why not nip to the pop-up retail shop at the Fanzone to get a Huddersfield Town hat or scarf to keep you warm during the match?

A selection of Perrys Vauxhall vehicles will be on display and Season Card holders can get some excellent deals on all cars purchased at Perrys Huddersfield. 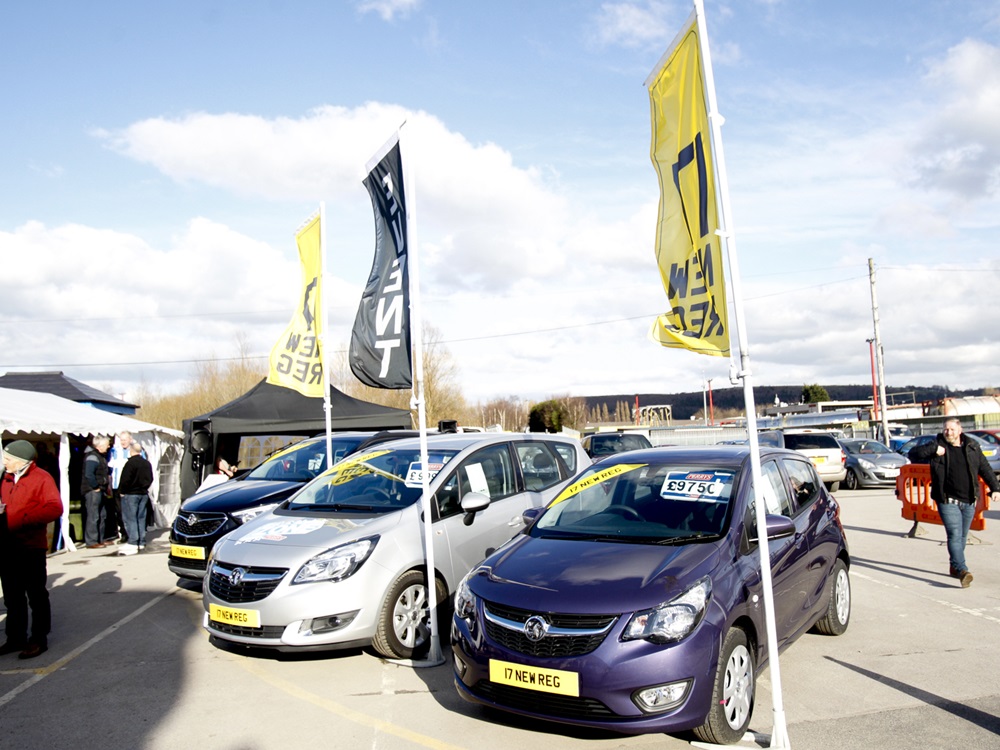 Last but not least, why not take part in a couple of Perrys Vauxhall games and walk away from the Fanzone with special prizes?

Play the ‘Shoot to Win’ game #GetIn to win a number of prizes and giveaways! All you have to do is kick footballs into a car.

Why not have a go at predicting the score of the Huddersfield Town vs Manchester City match? If your entry is chosen at random and you predicted the correct result you could walk away £300! 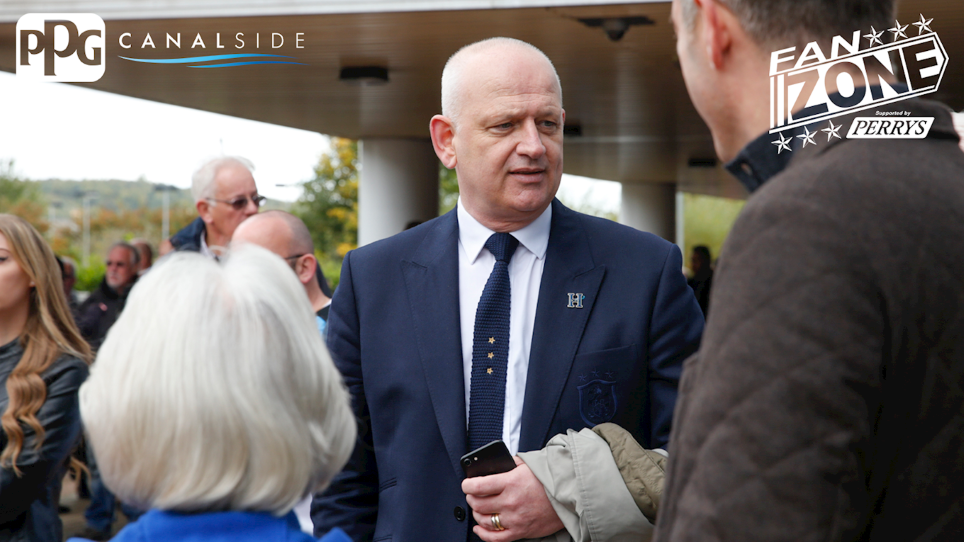