Academy side wins at Brighouse

The game consisted of three 30-minute periods with the young Town side giving starts to three Under-16 players in the form of Tom Bamford, Josh Austerfield and Remi Thompson with only three of the regular Under-23 players making an appearance.

The game, which was open to the general public, drew a reasonable crowd saw the opening goal just 10minutes into the encounter. A superb flowing move from Town that consisted of some 30 passes in the build-up concluded with a cut-back that was duly converted by forward Cedwyn Scott to give Town the goal advantage.

The opening period proved a good test for the young Town side facing a physical opponent that consisted of many of their regular First Team players. Leigh Bromby’s side had held their own for the majority of that opening period but were undone right at the end as Aaron Martin converted a cross at the far post to draw the sides level.

Brombys’ side were stamping their authority on the game and midway through the second period regained the lead with two-goals in the space of two minutes. Another fluid Town attack culminated with yet another cutback that was converted by Under-16 player Josh Austerfield.

Two minutes later Town’s third came in the form of Mason O’Malley. The left-sided player, who was operating on the opposite right flank, used the position change to full effect as he dipped inside and sent a powerful effort into the far stanchion to extend Town’s lead to two.

Brighouse scored the final goal of the game late in the second period with one of their trialists grabbing the goal as the Young Town side held out for the win. 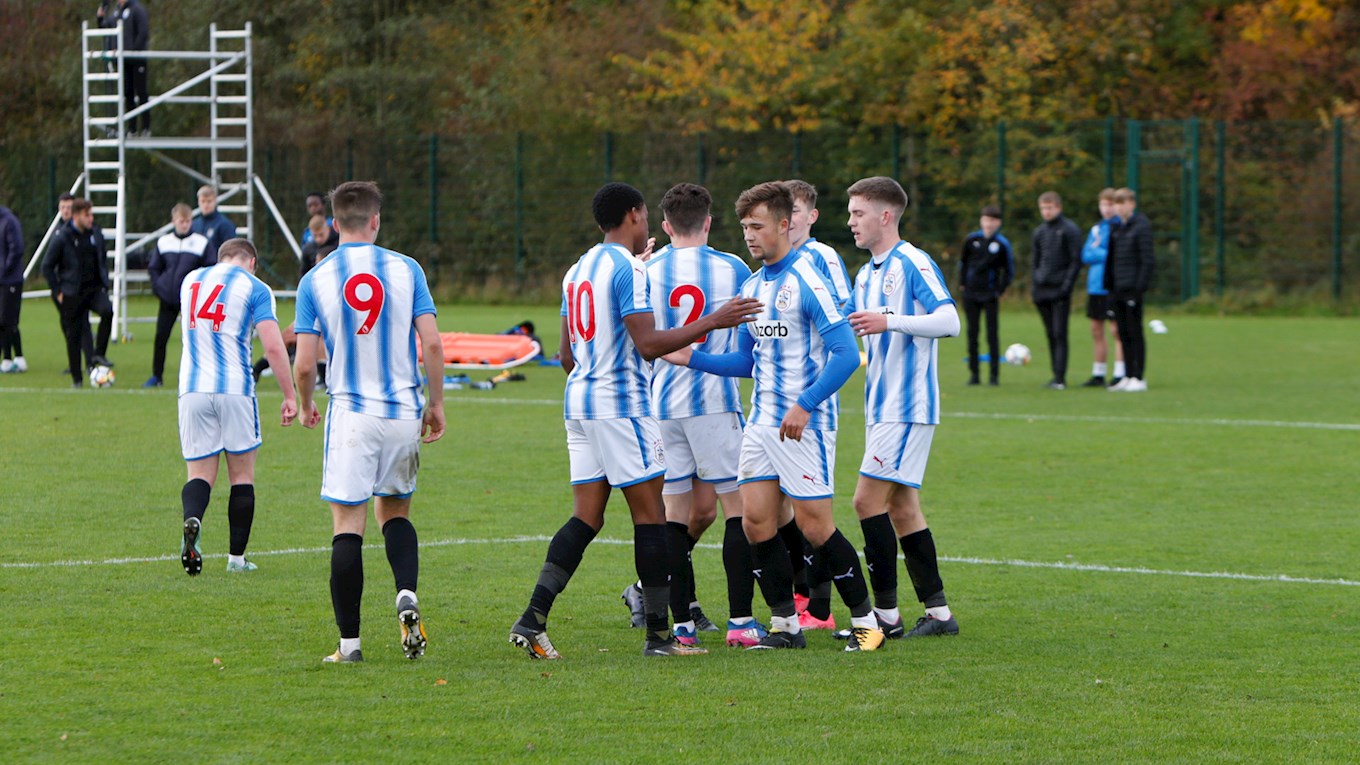 Huddersfield Town's game against Nottingham Forest has been postponed.