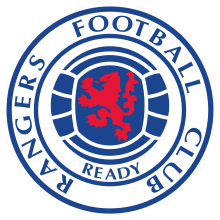 Josh Koroma put Town ahead in the latter stages of the first half, before Eros Grezda equalised shortly after the interval.

Dean Whitehead’s side then turned on the style as goals from Reece Brown, Isaac Mbenza (2) and Matty Daly earned the youngsters a well-deserved win.

The hosts began the game in the ascendancy and should have opened the scoring inside two minutes when 17-year-old striker Kian Harratt nodded an inviting cross from Mbenza just wide.

Town continued to enjoy the better of proceedings and fashioned another opportunity when Koroma forced Kieran Wright into a solid save at his near post.

The Young Terriers eventually made their pressure pay seven minutes before the interval. Some relentless pressing from Harratt forced the Rangers backline into an error, allowing Koroma to pick up the loose ball and curl home an unstoppable effort.

Unlike the opening half, Town began the second sloppily and were made to pay when Grezda fired in superbly from distance.

That moment represented a wake-up call for Dean Whitehead’s side and they regained their lead just 10 minutes later. After picking up the ball at the edge of the area, Reece Brown turned his marker before fizzing a powerful low drive into the bottom corner.

The hosts then extended their advantage to two when Mbenza stabbed home from close range after substitute forward Kit Elliott had seen his initial effort kept out by the ‘keeper.

Mbenza then doubled his tally for the day when he converted emphatically from the spot following a foul on Koroma as he bared down on goal.

Town put the icing on the cake just before the final whistle with arguably the goal of the day. After working a short corner, the ball made its way to Daly on the edge of the area. He then spotted the ‘keeper off his line and delicately lifted the ball in off the crossbar.