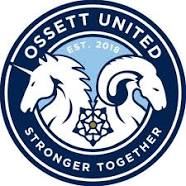 Narrow defeat for the Young Terriers

Dean Whitehead’s young Town Under-19 side will have learned a lot from further exposure to senior football on Tuesday night.

Tier eight Ossett United triumphed by the narrowest of margins in a competitive game, with Town just unable to pull level despite creating quite a few chances.

This game was the third in a week for Whitehead’s youngsters against First Team opposition, with a win over tier seven South Shields preceding a tough 2-0 defeat to Northern Irish Second Division champions Larne at the weekend.

There were chances for both sides on an entertaining evening, with Ossett’s senior side almost scoring from an early corner; young Town midfielder Josh Austerfield learning what senior football is all about after receiving a bang in the face at that set piece, necessitating a change of shirt.

At the other end, centre back Tom Bamford executed a few impressive challenges, whilst teenage Australian goalkeeper Jacob Chapman had another very impressive night between the sticks, following on from a superb performance in Northern Ireland at the weekend.

United eventually took the lead early in the second half through a corner that was impressively headed home, with the second following midway through the 45.

Chapman made a couple of excellent stops before Town got a lifeline; 17-year-old Kherbouche (pictured above) heading home Tear’s corner at the back post.

There was still time for Chapman to make one final outstanding save in front of the crowd of nearly 500.

Next up for Whitehead’s men is the Tigers Cup competition in Hull, with a qualifier against Bridlington Town’s First Team on Thursday.