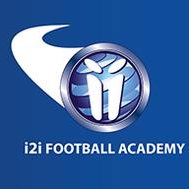 Huddersfield Town’s Under-19 and Under-17 sides were both in action at PPG Canalside on Saturday morning against sides from i2i Academy.

i2i is based in North Yorkshire and gives young footballers a chance to combine education at York University with a near full-time football coaching programme.

The Young Terriers performed well under Mark Hudson (U19s) and Dean Whitehead (U17s) on the morning, with the older age group staying patient to win 2-0 and the youngsters recording a 4-0 victory.

16-year-old striker Kian Harratt had an incredible morning, netting three times for the Under-17s before subbing on for the Under-19s and grabbing another two!

Both sides dominated possession throughout the games, but it was on the Under-17 pitch that the goals flowed during the first 45 minutes.

Dean Whitehead’s side employed a new-look 3-4-3 formation for the game but retained all the lessons that they have been taught so far and moved the ball nicely against their opponents, particularly down the left.

With Academy goalkeeper Luke Mewitt training with the First Team, former Academy scholar turned coach Owen Brooke pulled on the shirt once again to guest in goal for the Under-17s!

The first of Harratt’s goals came in the 14th minute when he was on hand to tap home Sam Sharrock-Peplow’s perfect low cross from close range.

Another diagonal into the left channel bore success for the Young Terriers five minutes later, this time releasing winger Jaheim Headley. In a carbon copy of Harratt’s first, he lost his marker to fire home another low ball across the face of goal.

Kian’s hat-trick was complete inside 25 minutes with another neat finish and teammate Sharrock-Peplow made it four with six minutes of the half remaining, breaking free down the left again but this time placing the ball between the near post and the ‘keeper, who was expecting a cross.

Hudson’s Under-19s had also enjoyed most of the play but couldn’t find the first-half opening against a well-organised opponent.

That was also due in part to errant finishing. Left back Ben Jackson took the ball too close to the advancing goalkeeper when trying to fire home inside eight minutes, with attacker Micah Obiero placing a header over the crossbar from a great Demeaco Duhaney cross inside 20 minutes.

Jackson then missed the chance of the half a few minutes later, volleying over the bar from just eight yards out after striker Kit Elliott knocked down another Duhaney delivery.

Midfielder Isaac Marriott soon sent Elliott clear for another shooting chance, but the former Chelsea man’s left-footed effort was tame, and the goalkeeper easily claimed it.

Harratt was withdrawn from the Under-17 game and introduced to the older age group on the hour mark and it didn’t take long for the striker to make his mark.

He gave the Under-19s the lead with a superb first-time finish into the top corner with 20 minutes left following a spell of sustained pressure, with his second following just three minutes later; another close-range finish to covert the impressive Duhaney’s latest cross.

The i2i substitute ‘keeper did well to keep the Under-19s down to two with a late save from Dom Tear, who latched onto defender Harry Spratt’s pass to break clear.