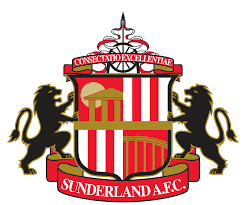 Dean Whitehead’s Under-19 side suffered a 2-1 defeat this afternoon to Sunderland at the Academy of Light despite taking the lead after just 11 minutes.

The Young Terriers dominated possession in the early stages of the game and they got their reward as Kit Elliott capitalised on a Sunderland error to give Town the lead.

The striker now has three goals in 28 appearances this season.

The hosts hit back straightaway as Town’s youngsters had difficulties getting rid of the ball which allowed the Sunderland attacker to grab an equaliser.

Town continued to dictate the game and Elliott almost grabbed a second goal as he showed good strength to hold up the ball before firing a shot at goal from a tight angle, but the Sunderland goalkeeper stood strong and palmed the ball behind for a corner.

Sunderland added a second shortly before the break, but Elliott would have levelled minutes later had it not been for a superb save from the Sunderland goalkeeper.

The striker was played through on goal and curled an effort towards the bottom corner, but the goalkeeper got down well and turned the ball behind for a corner.

Whitehead wanted to give a lot of his squad some minutes in this afternoon’s game and the first two changes came at the break as Keiron Proctor and goalscorer Elliott were replaced by Ben Jackson and Micah Obiero.

It was then the turn of Town’s goalkeeper to make a good save as Joel Coleman got down and comfortably saved a shot from the Sunderland attacker from just inside the box.

The Young Terriers continued to search for the equalising goal and the best chance of the half came just before the hour mark. The youngsters showed some great football which resulted in Jackson squaring the ball for Sam Sharrock-Peplow, but the latter’s shot went just wide of the goal.

Deano then made a further five changes two minutes after the hour as centre-back pairing Rarmani Edmonds-Green and Jake Barrett were replaced by Nassim Kherbouche and Mustapha Olagunju.

Half-time substitute Obiero almost found himself through on goal not long before the end but the Sunderland goalkeeper was out impressively quick to claim the ball.

Next up for Dean Whitehead‘s side is an away trip to face Larne FC on Saturday 30 March 2019; 3pm kick-off.