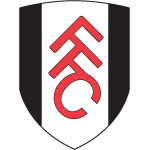 Under-18s out of the FA Youth Cup after penalty shootout

Huddersfield Town’s Under-18 side could be proud of the effort and performance at the John Smith’s Stadium on Friday evening as it took penalties to see Fulham through to the Fourth Round of the FA Youth Cup.

A very even game that ebbed and flowed ended all level after 120 gruelling minutes and it took sudden death penalties to decide a winner, with visiting goalkeeper Luca Ashby-Hammond the hero.

Despite the result, Leigh Bromby could be proud of the football his youngsters played against U18 Premier League opposition, with substitute Micah Obiero netting a deserved equaliser for Town after they had fallen behind.

In a half featuring decent football from both sides, it was a ridiculous goal that opened the scoring after merely 17 seconds. Town took kick-off and worked the ball to right back Ben Jackson, who fired a difficult pass to goalkeeper Luke Mewitt under heavy pressure from two players. Custodian Luke Mewitt could only shin the ball out of the penalty area, but that allowed winger Chris Kelly to step onto the ball and curl it comprehensively into the far corner to give the visitors the lead.

Despite the shock of the early opener, Town responded well and got their collective foot on the ball, creating the next big chance of the game. Olly Dyson advanced and slid the ball right to find Jackson’s overlap and his cross was ideal for midfielder Dom Tear to attack. The diminutive wide player got above the defender well, only to see his header kiss the top of the crossbar on its way over.

Dyson was at it on the other side in the 13th minute, finding left back Mason O’Malley’s run. His cross was too deep, but Jackson was on hand to knock the ball back across goal before Fulham scrambled clear.

Fulham carried a menace going forward too and went very close to a second from a 20th minute corner, conceded by the impressive Jordan Thomas; he, alongside fellow full-back Sam Gibson, deputised well at centre back in the absence of regulars Cameron Taylor (foot), Oran Thompson (illness) and Saul Milovanovic (shoulder). Town ‘keeper Mewitt didn’t effectively punch clear the delivery and a Fulham player fired powerfully towards goal in the melee, only for O’Malley to get back on the line brilliantly to clear.

Town’s first year goalkeeper was on hand again four minutes later to save from goal-scorer Kelly at his near post after he weaved his way into the box from the Fulham right.

Both sides enjoyed good possession and attacks, but at this stage it was the visitors creating the better chances. Kelly went very close to his second in the 35th minute after a flowing passing move, but could only divert right back Spence’s low pull back wide of target.

Playing in the eight position, Matty Daly impressed for Town and he created two good opportunities for teammates as the half ended. The first saw the midfielder find Olly Dyson on the edge of the Fulham ‘D’, but after a smart turn he curled a shot over with his second touch.

Hilton soon fired wide at the other end for the away side before Daly created Town’s chance of the half three minutes before the interval. He intercepted a poor Fulham pass and set Tear away into the area with a beautifully weighted pass inside centre back Mundle-Smith, but the attacker’s aim was off as he tried to lift the ball over advancing goalkeeper Luca Ashby-Hammond.

There was still time for Fulham striker Abraham to miss a sitter, firing well wide from the penalty spot after a knockdown from a free-kick from Nicolas Santos Clase.

Town fought back and started to boss the second 45 minutes, with composed play from the midfield duo of High and Daly a feature.

First Dyson found Danaher on the left and his cross fell to Daly, but his first-time volley was excellently blocked by left back Felix.

Then top scorer Danaher forced the ‘keeper into action, with his controlled volley from Isaac Marriott’s cross excellently kept out by the strong left hand of Ashby-Hammond.

Dyson soon had a shot blocked before Jackson picked out Danaher’s head with a deep cross, which was claimed by the custodian as Town continued to make the running.

Substitute Obiero, who came on to support Danaher in attack, impressed even before his goal. His clever flick into the box allowed Tear to test the ‘keeper’s reflexes once again after the hour mark.

However, the young Terriers were not to be denied and drew level in deserved fashion with 11 minutes of normal time remaining. A superb, patient passing move spanning the width of the pitch ended with High picking out left back O’Malley on the left with a superb pass inside the full back and Mason’s deep cross was expertly headed back across goal and into the corner by Obiero.

Fulham responded and had a few chances before the end of the 90 minutes, with Harris firing wide and substitute Dan Martin rolling a shot agonisingly past the far post with the last kick of normal time.

The quality of play dipped slightly in extra time as cramp set in for most of the players, but Fulham still had a few half-chances. Town ‘keeper Mewitt saved sharply from Santos Clase and twice from Jayden Harris before tipping a 25-yard shot from Tyrese Francois onto his bar.