Huddersfield Town are back on the road when they travel to the MKM Stadium to take on Hull City in their next Sky Bet Championship fixture; 3pm kick-off.

In October, the Terriers scored two against Hull with the score line finishing 2-0.

This is Hull’s second consecutive season at Sky Bet Championship level after they were promoted as champions in the 2020/21 campaign following their relegation in the 2019/20 season.

Liam Rosenior was appointed as Hull manager in November 2022 after his time as interim manager at Derby County ended. Since his appointment, the Tigers have picked up three wins and four draws in his nine games.

The striker joined Hull in the summer from Portuguese side Vitória de Guimarães on a free transfer. Since his arrival at the club, the Columbian has scored 11 goals and assisted once in his 23 games this season, making him the Sky Bet Championship’s third top scorer. The 26-year-old has scored in three league games in a row, leading to Hull picking up seven points from their last three league games. 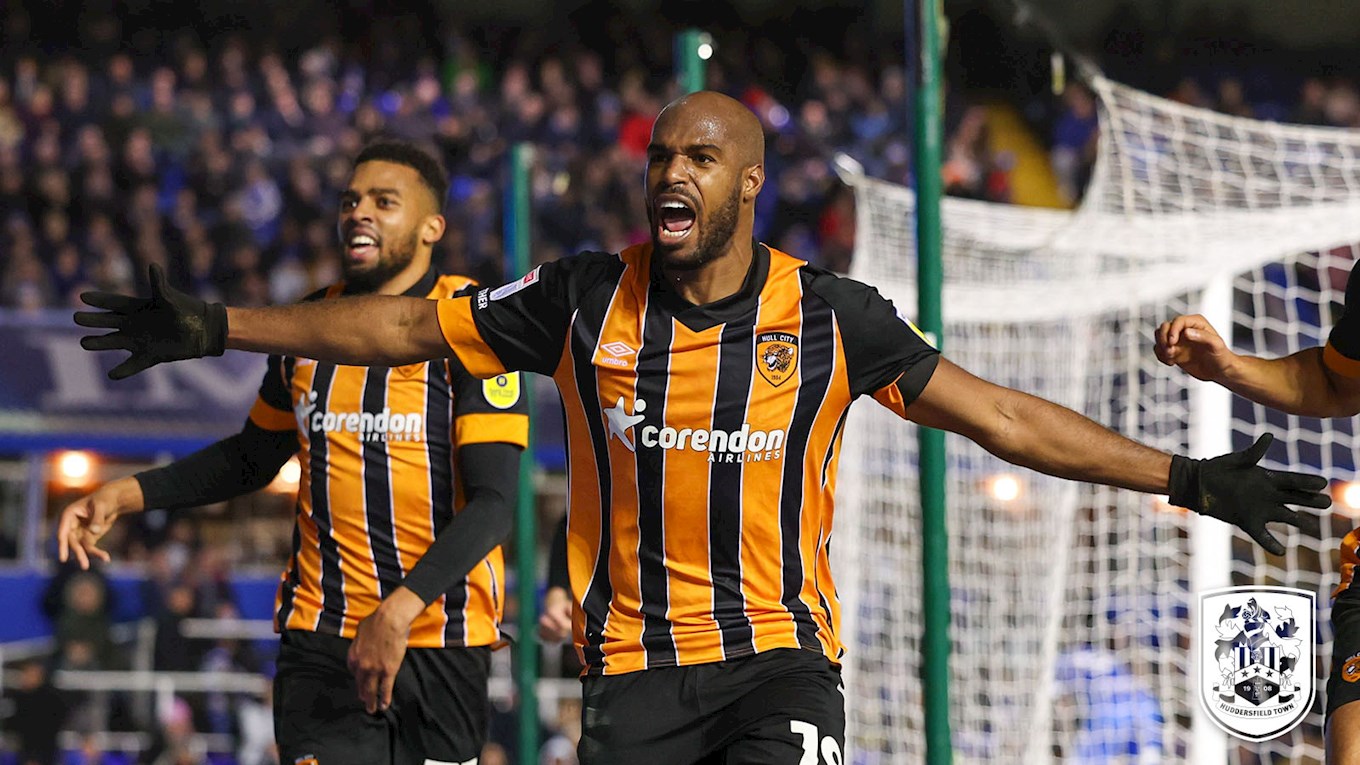 The versatile defender who can play at centre-back and left back has played a big part in Hull’s defensive improvement under new manager Liam Rosenior. Greaves came through the academy at Hull City before being sent out on loan to Cheltenham Town, where he played 35 games. The 22-year-old started 39 games during Hull’s title-winning campaign, which saw them gain promotion back to the Sky Bet Championship in 2020/21. Greaves has scored three goals this season, including a goal in Hull’s last league game, a 4-1 win against Wigan Athletic. 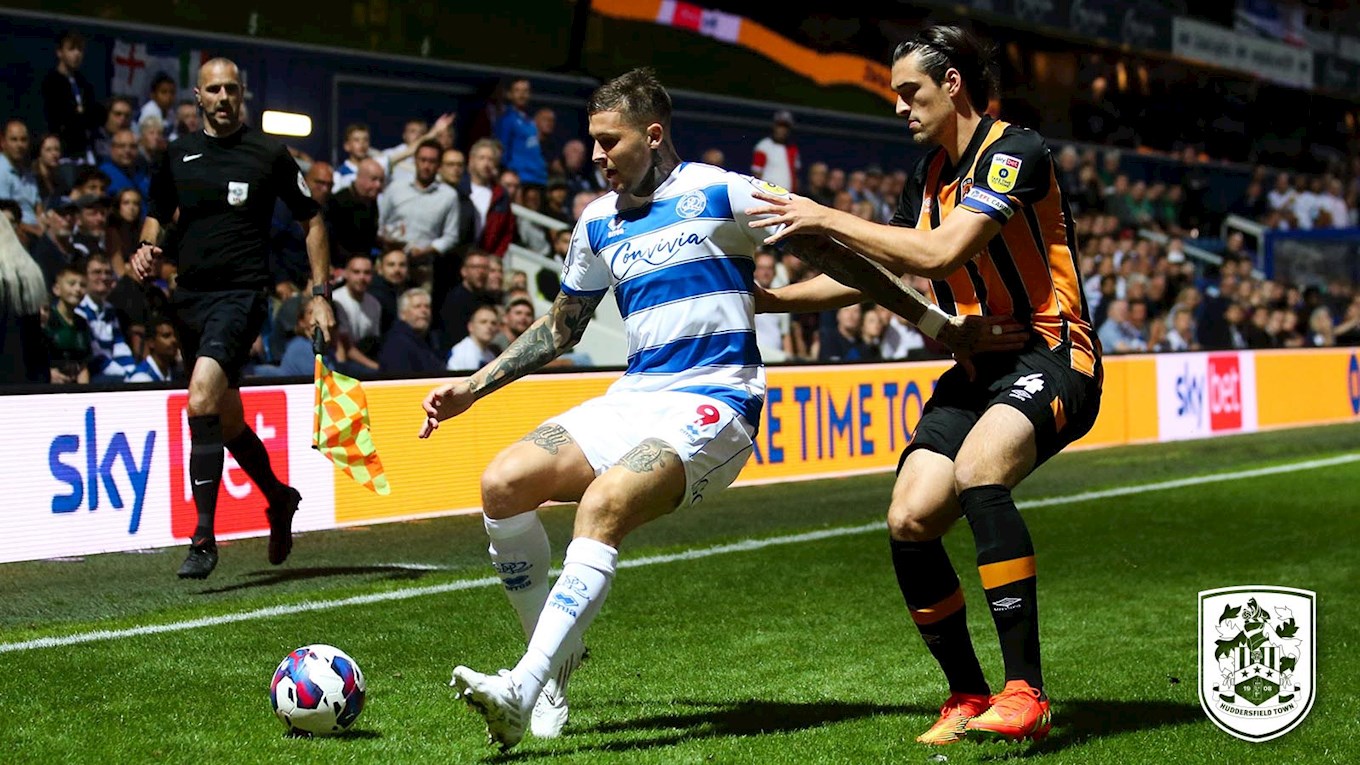 Slater, who has played the majority of his football in midfield this season, has played in all but one of Hull’s games this season. He has three goals and two assists this season, including one assist in Hull’s last league game. The defensive-midfielder joined Hull from Carlisle United in January 2022 and has since made 77 appearances in all competitions, scoring four times and assisting five times. 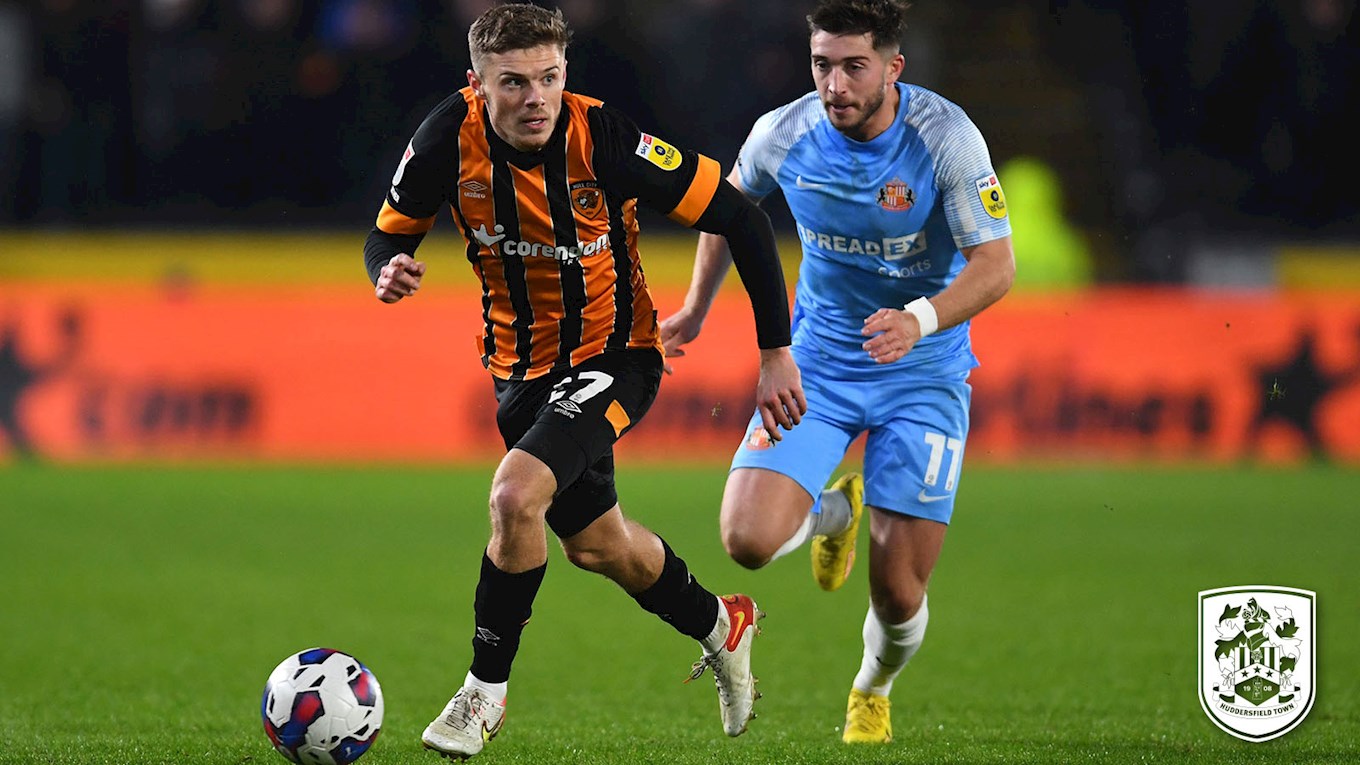 Town will be wearing their famous blue and white stripes when they travel to Hull City on Saturday afternoon.

Tickets are on sale online now – CLICK HERE – and are available to purchase from the ticket office.

Coaches will depart from the St Andrew’s Road car park at noon on match day.

Ambulant disabled tickets are available and are priced at the relevant age category, with a free companion ticket if you require.

Wheelchair tickets are also available and are priced at the relevant age category, with a free companion ticket if you require.

If you’re unable to attend the game on Saturday afternoon, you can listen along via iFollow HTAFC!

- Hull City 1-1 Huddersfield Town
- Michał Helik scores his second goal against Hull City this season
- Terriers take the lead in first half, but concede in final minute to draw

Town are undefeated in three out of their four last league fixtures, with Hull City coming from behind to grab a point in the Sky Bet Championship.

Michał Helik scored his second goal against the Tigers this season to put the Terriers ahead in the first half, but a last-minute goal by Óscar Estupiñán meant that Town left Humberside with a point.

After a quick start, Town almost took the lead in the first three minutes after a cross into the box by Jack Rudoni was cleared out for a corner. Taken quick and short by Rudoni, the corner ball found the boot of Matty Pearson, in his first Sky Bet Championship game this season due to his lengthy foot injury – his effort was almost turned into the back of the net, but Matt Ingram made a brilliant save to stop the defender.

Just after this, Duane Holmes fancied his chances from outside of the box, after possession was won back by Jordan Rhodes, the shot hits the target but there wasn’t enough power behind it, so Ingram saved the shot comfortably.

A free kick was awarded to Town in the 12th minute just inside the attacking half as Rhodes was brought down by Greg Docherty. Rudoni stepped and took the set piece, which was initially cleared but was crossed back in by Scott High, but was too high and caught by a prepared Ingram.

Nicholas Bilokapic made a great save and got down brilliantly after a powerful shot was fired his way from range, as he denied our hosts from taking the lead.

This was closely followed by another great save from the young shot-stopper after Tyler Smith’s cross found the head Ryan Longman by the far post, but his header is caught by Bilokapic.

The Terriers were awarded a corner in the 20th minute after Ingram made a great save to push Matt Lowton’s shot, which followed great play between High, Josh Ruffels and Rhodes, over the bar. The corner was put out for a second successive corner for Town, which resulted in Helik’s goal. The ball was cross in by Rudoni to find Ruffels on the edge of the area, who headed it back towards the blue and white shirts surrounding the goal – Rhodes then flicked it back to Helik who nodded it home.

After Town took the lead, Hull City kept majority of the possession and the last chance of the first half came from our hosts as Docherty received the ball outside the box and shot from range, but this went well wide of Bilokapic’s goal.

Hull City came out the better side in the second half as they pushed forwards and tested the Terriers more than before the break, they kept more possession and created more chances.

Pearson defended well to knock the ball out for a throw in as our hosts turned up the pressure inside the Town box.

The Tigers had the chance to equalise in the 64th minute as Estupiñán’s shot was on it’s way into the bottom corner, but Bilokapic went the right way and made the save onto the post.

Town had free-kick in a dangerous area after Martyn Waghorn was pulled down after he took control of the ball. The free-kick was taken by Holmes and cleared for a Town corner – which resulted in a great save forced out of Ingram as he denied Helik his second from a tight angle.

Estupiñán scored the equaliser in the 90+8 minute in order to secure the point for Hull City with virtually the last kick of the game. 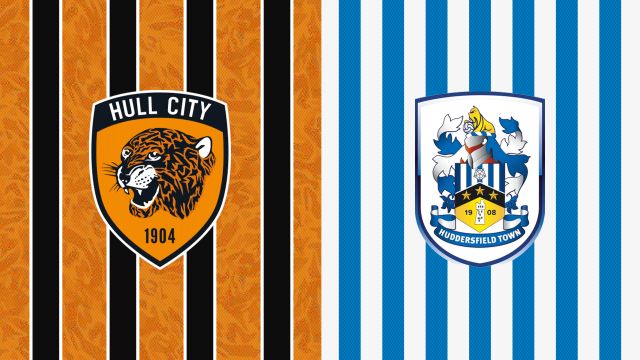 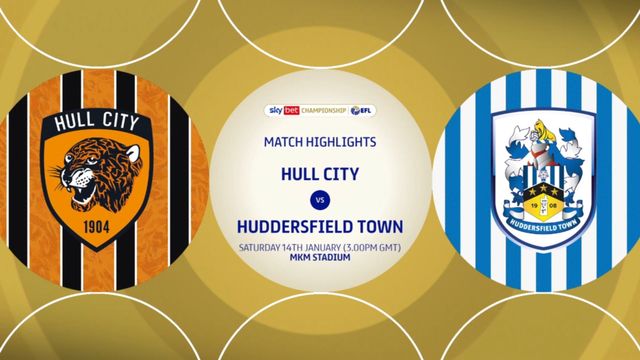 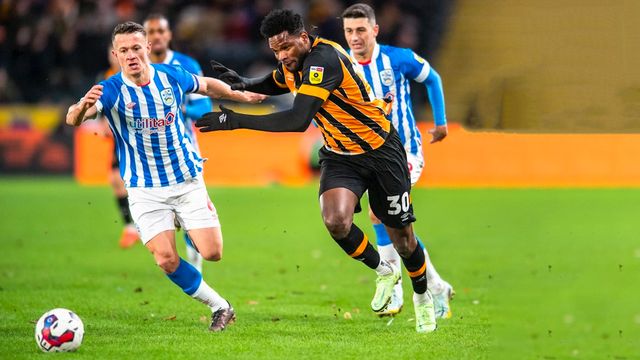