Huddersfield Town travel to Deepdale in the Sky Bet Championship on Monday 26 December when we take on Preston North End, 3pm kick-off.

The Terriers go into this game looking to get back to winning ways after they were defeated at home by Watford on Saturday 17 December.

Preston also come into this game hoping to bounce back after they were beaten by Queens Park Rangers at Deepdale, also on Saturday 17 December.

This is the third time the Lilywhites will face our Terriers this season, after a Carabao Cup game earlier this season as well as the reverse fixture of this Sky Bet Championship game. Preston have won both games so far and will be looking to continue this run.

After being appointed manager of Preston in December 2021, Ryan Lowe’s side currently sit seventh in the Sky Bet Championship table, on the same number of points as QPR who are sixth.

The left wing back joined Preston North End on a season-long loan from Manchester United in July 2022. Fernández claimed two assists against the Terriers in the Carabao Cup game at the beginning of the season, in his first start for his new club. Since then, the 19-year-old has claimed the most assists in for the Lilywhites so far this season – making 4 assists in his 18 appearances. 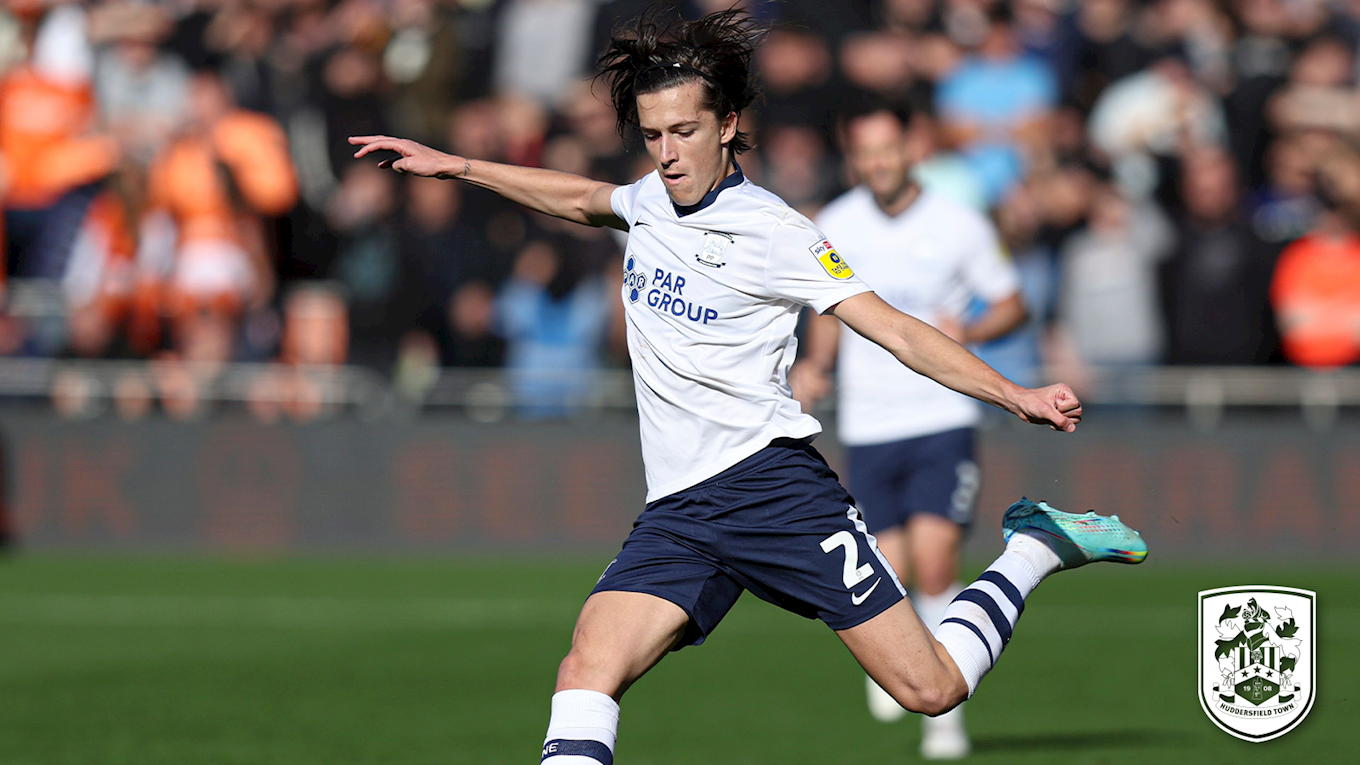 Joint top scorer for Preston so far this season, Evans initially signed for the Lilywhites on loan from Fleetwood Town for in February 2021 for the remainder of the season, but he went on to sign a permanent contract that runs until the summer of 2023. The forward has scored five goals and created one assist so far in his 18 appearance and he will be looking to add to that against Town. 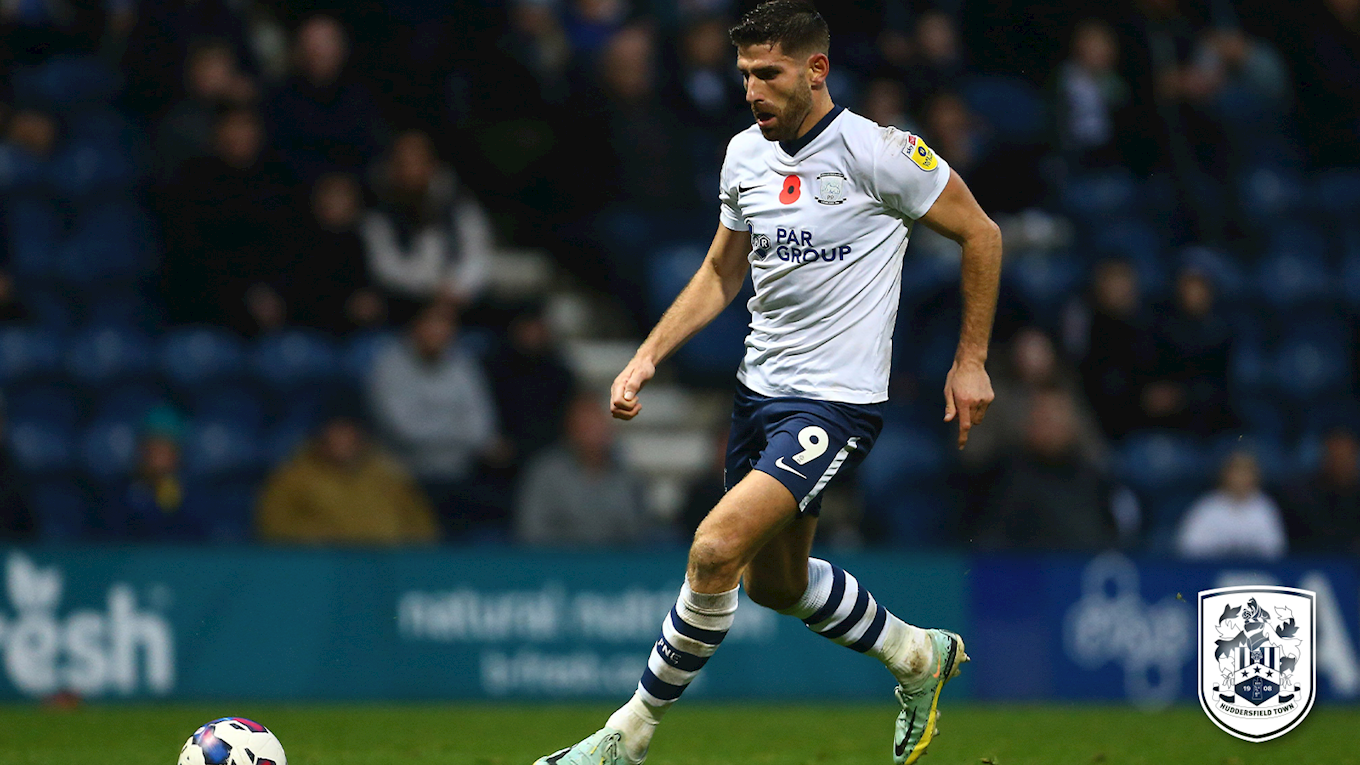 Riis is the second top joint scorer so far this season, also on five in 23 appearances, and he was the top scorer for Preston last season. The forward joined Preston from Danish Superliga side Randers FC in the summer of 2020. The 24-year-old will also want to add to his goal tally as he hopes to retain his title of top goal scorer. 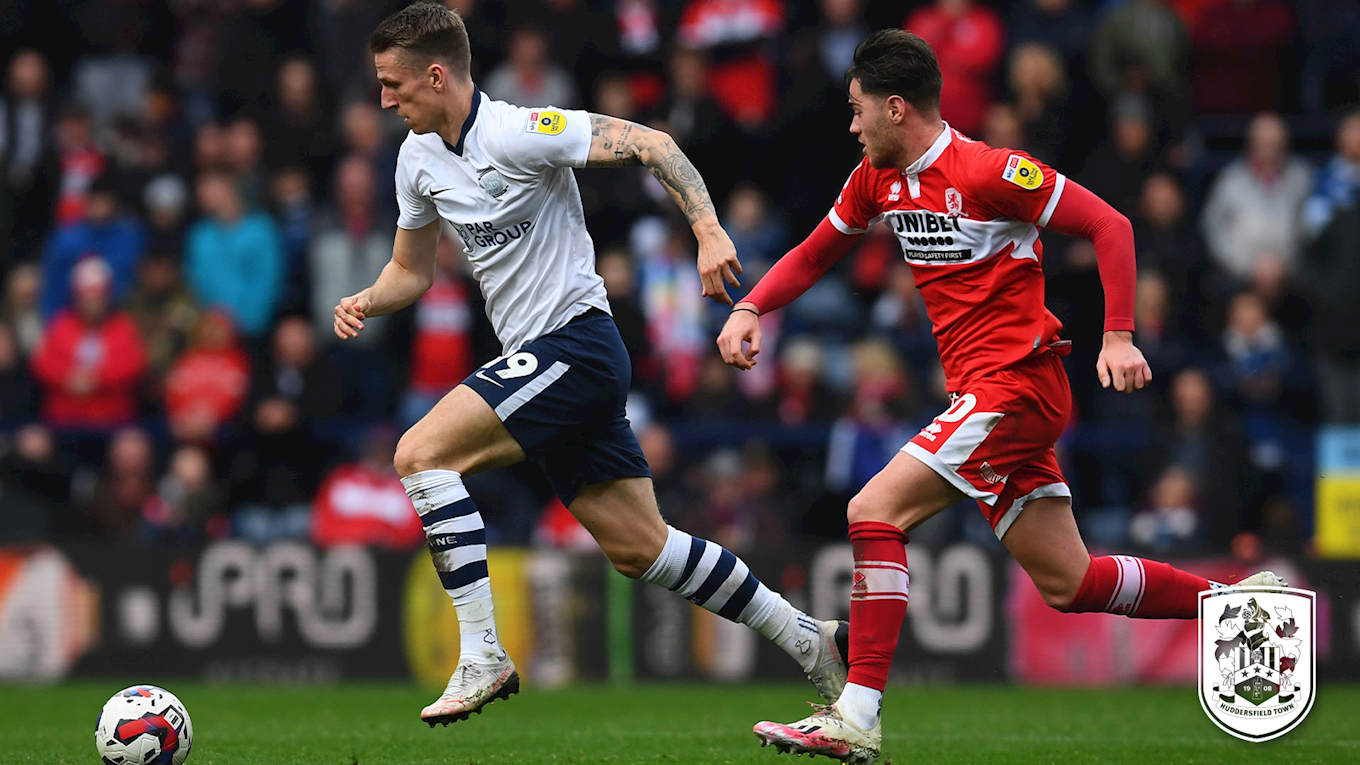 Town will be wearing our pink third kit on Boxing Day at Deepdale. 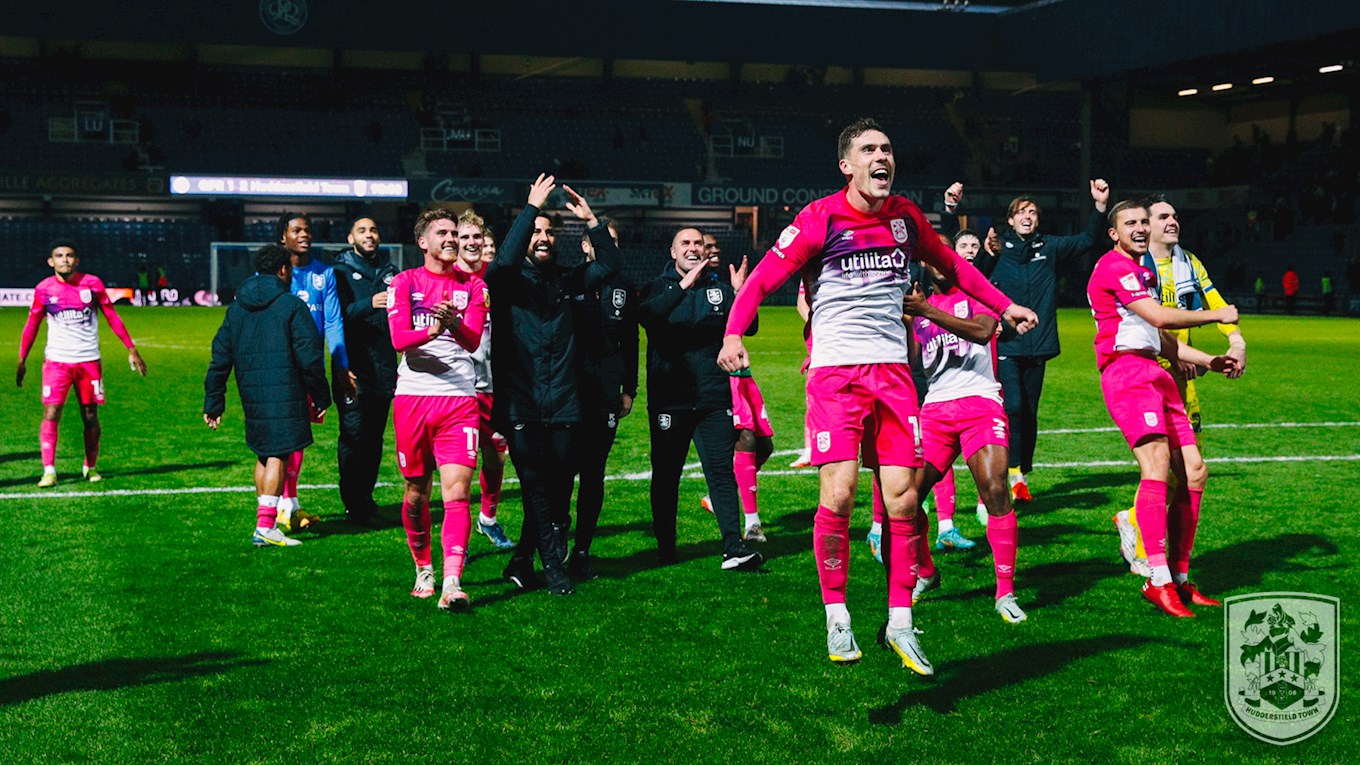 Tickets are on sale online until 2pm on Friday 23 December – CLICK HERE – and are available to purchase from the Ticket Office.

If you’re unable to attend the game on Monday afternoon, you can watch and listen along via iFollow HTAFC!

A single match pass for the Terriers trip to Deepdale is just £10, and supporters will be able to stream the full 90 minutes of action for that price.

Town fell behind at Deepdale through a first half corner, but never let their heads drop and fought through a determined, promotion-chasing opponent to win a first game in 19 fixtures in Preston.

In a game of few clear chances for either side, Town found a way – through determination and a vital substitution – to improve in the final 15, resulting in two late goals in front of the travelling support.

Jordan Rhodes, on his 200th Town appearance, netted his 96th goal in our colours before Kaine Kesler-Hayden scored his first Sky Bet Championship effort to win the game for the men in pink.

Preston’s early efforts all seemed to fall to former Liverpool player Ben Woodburn, with the first coming in the seven minute through a free kick as Jonathan Hogg was adjudged to have dragged down Ryan Ledson. The Wales international stepped up, only to curl a poor effort way over Nicholls’ crossbar.

Town responded two minutes later when Michał Helik stepped out of the centre of defence, driving to halfway before finding Jack Rudoni on the right. Jack did well to win a corner with two defenders nearby, and he took the resulting set piece deep to the far post; Will Boyle won the first ball and nodded to Duane Holmes, only for the midfielder to see his shot blocked well.

David Kasumu was back in the team after a recent Achilles problem and a typically strong challenge caused a melee in the centre circle before the quarter hour, with the referee giving him a yellow.

Town did threaten on the break, with a 16th minute attack seeing Rhodes’ deft touch set Holmes away down the left. He tried an early ball across the box to find Rudoni at the back post, but goalkeeper Freddie Woodman read it well and collected.

Woodburn did better with his next attempt just before the half hour. Midfielder Ledson clipped the ball into skipper Daniel Johnson, who intelligently headed the ball back to his teammate; Woodburn hit a great, first-time volley just over Nicholls’ bar from 25 yards out.

The sides continued to trade opportunities as Town attacked again through another set piece. Rhodes won a free-kick from centre back Storey just over halfway and Rudoni found the head of Tom Lees in the area; he nodded left to Jonathan Hogg, but once again a good Preston block deflected the skipper’s powerful volley wide.

Hogg almost turned provider minutes later when he tried to play Rhodes through on goal, but credit to Woodman again – he was quickly off his line and out of his area to smash the ball clear.

When the goal came, it felt too simple from a Town perspective. It was a Preston corner that broke the deadlock, with midfielder Ben Whiteman finding Greg Cunningham with a near post delivery, and the former Wales striker managed to divert the ball between Nicholls and the upright in front of the Town faithful. The ball may have taken a deflection off Jonathan Hogg on its way, looking at the replay, whilst Ched Evans was also claiming it in the crowd of bodies.

Despite going behind, the Terriers ended the half on top.

First it looked like Holmes’ flicked header had sent Jordan Rhodes clear, only for the offside flag to rightly go up, before the flag denied Duane soon after as he tried to latch onto Kasumu’s through pass.

Then, in added time, we had a very presentable opportunity as Kasumu nicked the ball off an opponent and drove into the left side of Preston’s penalty area. His eventual cross was just ahead of Rudoni, but Kesler-Hayden should have done better at the back post – wildly swinging and missing. He did keep the ball alive and his pull back landed with Holmes, but he blasted just over after skipping past the first defender.

Town had more than their fair share of the ball in the opening stages of the second half, but the game had a familiar feel to it for any supporters who have watched us at Deepdale over the years. Twice Helik did well to deny Evans a clear shot at goal, and then we had a big let-off in the 70th minute when Woodburn went clear only to fire wide with Nicholls bearing down on him.

The crucial action of the game came with 15 minutes left, with Fotheringham having made a key substitution. Onto the pitch came teenage midfielder Brahima Diarra, and he made a huge contribution to our equaliser.

When the ball was knocked down the right channel, Diarra showed great pace to get alongside defender Cunningham and beat him to the ball as it entered the Preston box. He stayed on his feet amid the defender’s challenge before pulling the ball back for Rhodes, who expertly swept a low shot across Woodman and inside the far post for his 96th Town goal!

The same combination almost gave us the lead three minutes later as Diarra turned and brushed off a defender before passing to Rhodes, whose low shot from 20 yards beat Woodman before hitting the far post and rolling clear.

However, the winner did come in the 85th minute – and this time Jack Rudoni deserved the plaudits for his work in the build-up. Having played a one-two with Ruffels down the left, the former AFC Wimbledon man drove forwards before jinking past a man and hammering a low ball into the box for Kesler-Hayden, who somehow managed to divert it past Woodman at the back post for his first Town and Sky Bet Championship strike!

Preston tried to reply by loading the penalty area with man and delivering at every opportunity, but Fotheringham introduced the sizeable target of Tyreece Simpson and the striker did a great job of holding off two players at a time to keep the ball in the corner to see out the game.

Town are back at home vs Rotherham United on 29 December - get your ticket online now! 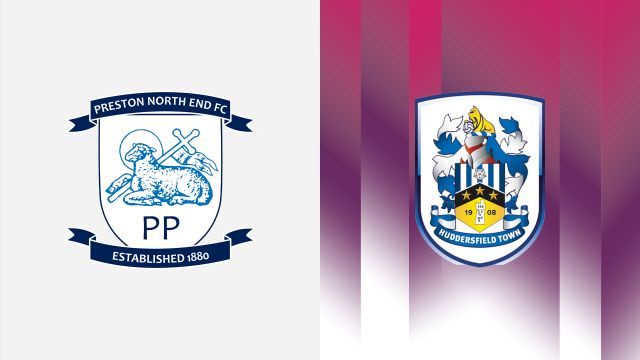 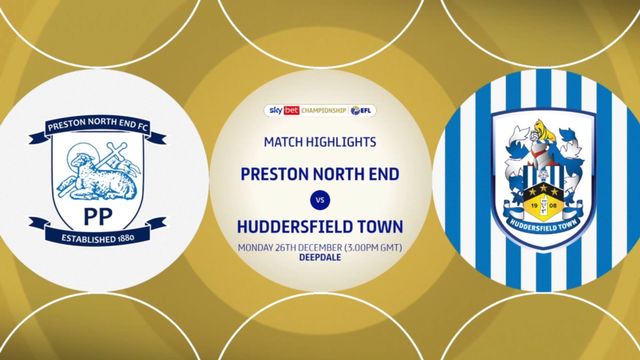