- Norwich City vs Huddersfield Town
- 7.45pm kick-off at Carrow Road
- Match available to watch and listen to on iFollow HTAFC

Huddersfield Town will be back on the road in the Sky Bet Championship on Tuesday 16 August, travelling to Norfolk to face Norwich City at Carrow Road.

The Terriers go into the game looking to build on the momentum from their 3-1 win over Stoke City and secure their first away win of the 2022/23 season.

Norwich City will be looking to bounce back from a 2-1 away defeat to Hull City.

Norwich City were relegated from the Premier League following the 2021/22 season having finished in 20th place after collecting 22 points from 38 games. 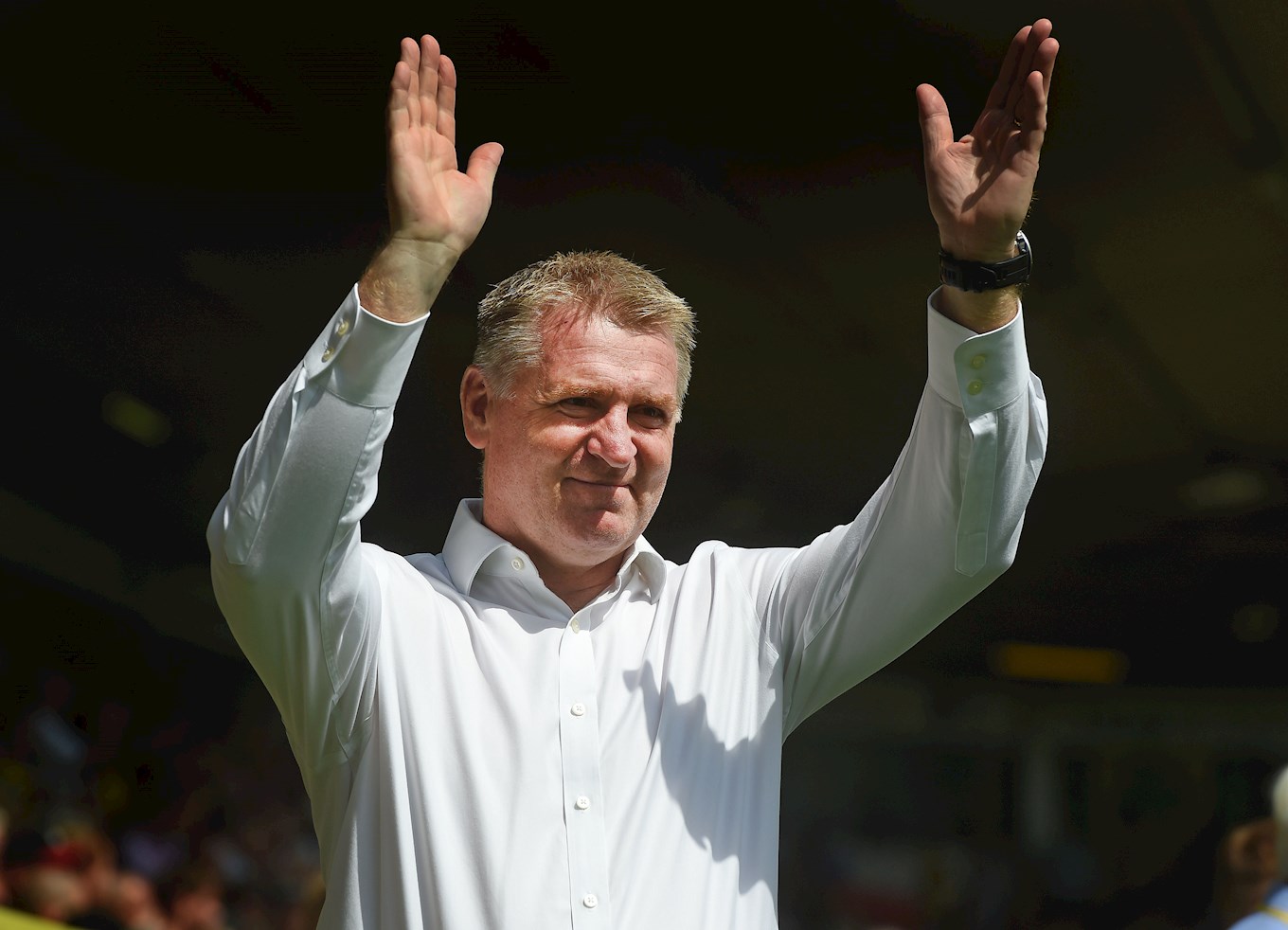 Having hired Dean Smith in November 2021, the Canaries will be looking to return to the top flight from the Sky Bet Championship at the first time of asking.

Having scored 11 times last term in the Premier League, the Finland international had 26 goals to his name the last time he was in the Sky Bet Championship across the 2020/21 season. With over 150 Norwich appearances to his name and almost 80 goals scored in that time, Pukki is Norwich’s chief attacking threat. Strong with both feet and in the air, the 32-year-old will be the main focus for Town’s defence. 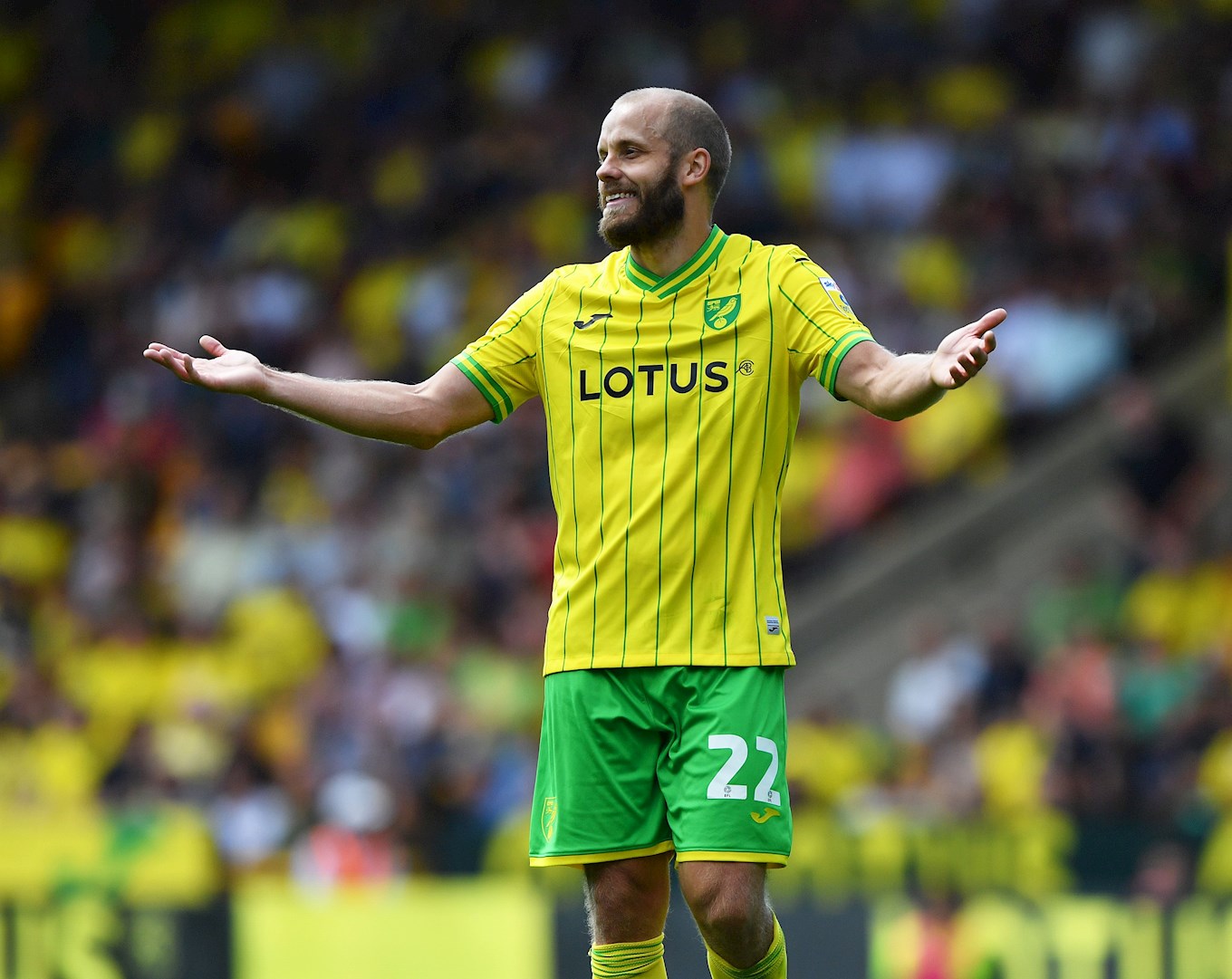 Giving his side width and an attacking outlet, Aarons is one of Norwich’s most influential players. An international for England’s Under-21s, the defender been in the Canaries’ First Team since 2018, breaking through as a teenager. With genuine pace and a good delivery from the right-hand side, the 22-year-old has featured over 150 times for his club and has earned a reputation for being one of the country’s most exciting prospects in his position. 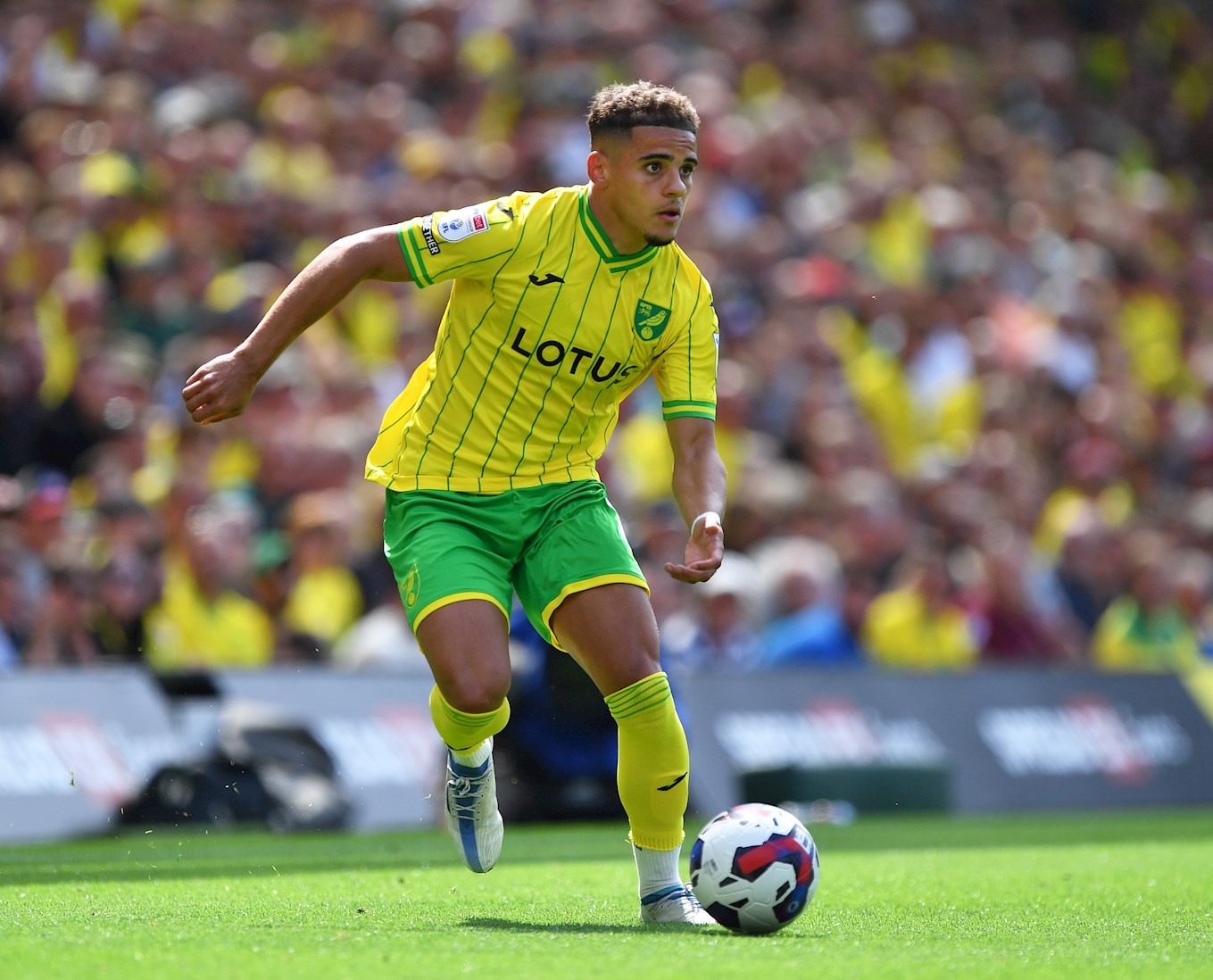 A product of the Norwich City academy, the 24-year-old spent the second half of the 2021/22 season with AFC Bournemouth as the Cherries secured automatic promotion to the Premier League. Now back with the Canaries, the attacking midfielder will be hoping to contribute to a similar success. Having played for the England U21s and got over 100 Norwich appearances to his name, Cantwell signed a new one-year contract to stay in Norfolk for the 2022/23 season. With a direct attacking style, he’ll be one for Town to keep their eye on. 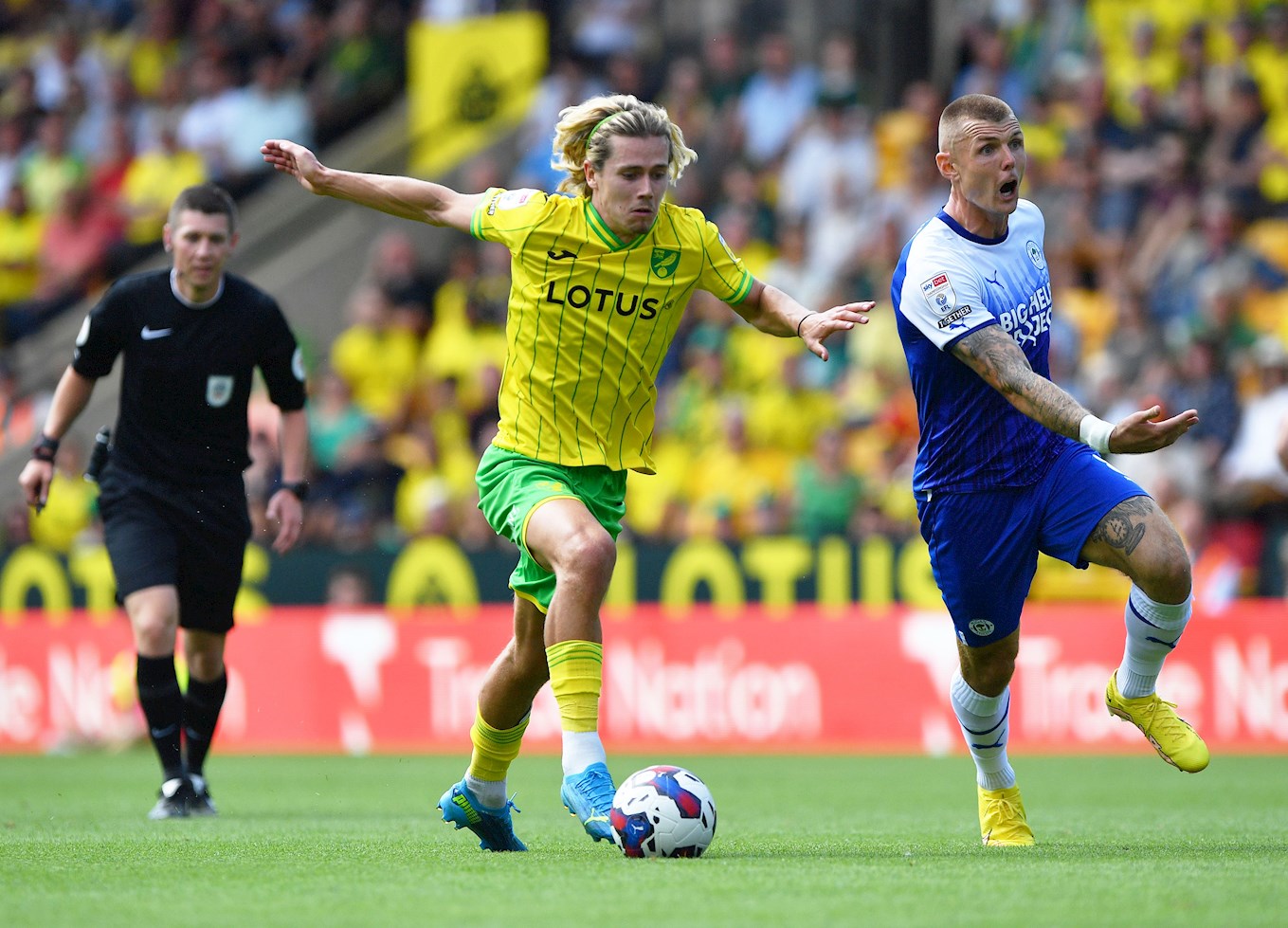 Town will be wearing our famous blue and white stripes in Norfolk on Tuesday evening.

Tickets are on sale online until 4pm on Monday 15 August – CLICK HERE – and are available to purchase from the Ticket Office.

Norwich City have informed us that Pay on the Day WILL NOT be available at Carrow Road.

Wheelchair Bays and Ambulant tickets are priced at above prices and will receive a companion free of charge.

A single match pass for the Terriers trip to Norwich is just £10, and supporters will be able to stream the full 90 minutes of action for that price.

Despite a spirited second half, two early first half goals and a Tom Lees red card left the Terriers with too much work to do at Carrow Road.

It was the hosts who flew out of the blocks fastest, taking the lead in just the sixth minute. Danel Sinani crossed from wide on his left foot, with Josh Sargent reaching highest to nod the ball past Lee Nicholls.

The 16th minute saw Norwich double their lead through Sinani. Sargent’s initial shot was deflected, with Sinani on hand to finish it.

Town’s first chance of the game came three minutes later, when Sorba Thomas played a ball through to Danny Ward, but the latter’s left footed half volley was parried clear by Tim Krul.

As the clock showed 25 minutes played, Wardy tried his luck again. A wonderful ball from Kaine Kesler-Hayden saw our no.25 make a great connection on his weaker foot from range, but he just couldn’t hit the target.

10 minutes later, some really nice work down the left by Jack Rudoni and Josh Ruffels found space for Thomas, but the Welshman overhit his cross, leaving it unable to find anyone in the box.

Seconds later, Rudoni had two efforts of his own. His first saw Krul positioned well to gather it down low, whilst his second was taken at an awkward angle, leaving Norwich’s ‘keeper able to gather it with ease.

Town continued to search for a way back into the game, with Yuta Nakayama unleashing an excellent strike from a free-kick. Unfortunately for the Terriers, they were unable to follow up on the spilled ball, seeing it eventually cleared by the hosts.

It was a disappointing start to the second half for Town, with Lees receiving a red card for a last man challenge in the 48th minute.

Norwich dominated possession for a period, before Thomas had a huge chance in the 62nd minute. Some brilliant work from Kesler-Hayden saw the youngster press to intercept a loose ball at the back and burst into the box, with his low cross scuffed just wide by Thomas.

11 minutes later, Nicholls showcased a HUGE save to deny Jordan Hugill. The striker got his header on target, but our no.21 dived to his right to get two big hands to it.

As the clock showed 78 minutes played, our ‘keeper leaped into action with another brilliant save! This time denying Aaron Ramsey, Nicholls was sharp to his right to push it out for a corner.

Town finally got themselves on the scoresheet in the 81st minute, with second half substitute Pat Jones bagging his first senior goal for the Terriers just six minutes after his introduction to the pitch! The 19-year-old broke forward brilliantly, beating Grant Hanley after a great ball from Rudoni and finishing past Krul on his left.

Minutes later, Town had another chance! Jones broke clear after a fantastic ball from Nakayama, but this through ball to Rhodes was just too long, with Krul beating our striker to it.

The final chance of the game fell to the Terriers. Some great work from Jones again saw him get up the left and cross, but second half substitute Josh Koroma couldn’t get onto it.

The referee blew his whistle, seeing Norwich walk away with all three Sky Bet Championship points. 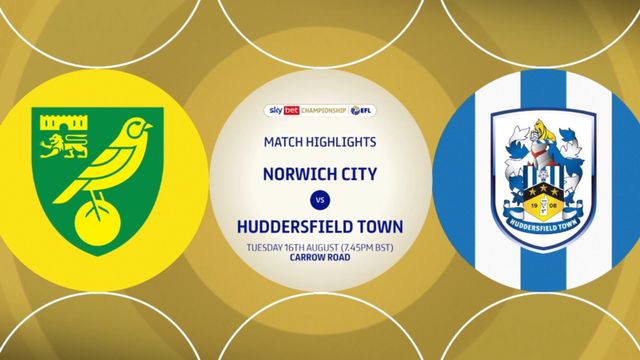 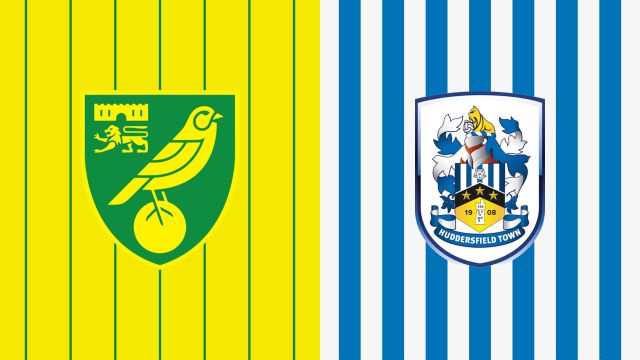 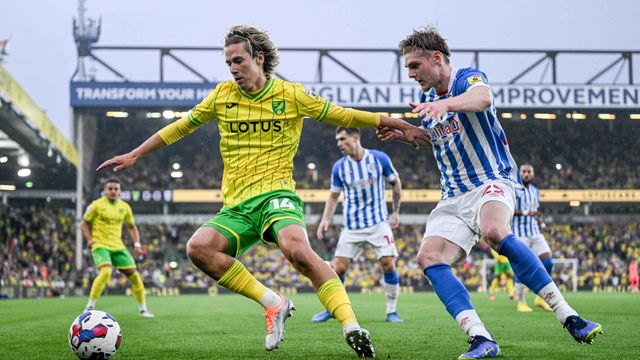