Huddersfield Town are back on the road for their next Sky Bet Championship game, travelling to Kenilworth Road to face Luton Town on Saturday 2 October 2021; 3pm kick-off.

Town go into Saturday’s game looking to build on their thrilling 3-2 victory over Blackburn Rovers on Tuesday 28 September 2021.

Luton Town will also be looking to add to their latest win, a 5-0 victory over Coventry City on Wednesday 29 September 2021.

Managed by Nathan Jones, they currently sit ninth, with 13 points from 10 games so far.

They are currently unbeaten in their last three home games, and will be looking to extend that run when they welcome Town to Kenilworth Road.

Jordan Clark
Played often as Luton’s chief creator in midfield, Clark sits in the space between the lines behind their forwards, looking to supply the strikers as his team break on the counter. A smart player with good technical ability, he will need to be closely managed by Town’s holding midfielders to ensure his influence on the game is limited. A versatile player, he can be deployed in different positions, allowing Luton to change shape and formation.

Elijah Adebayo
With a brace in Luton’s 5-0 midweek home win against Coventry City and one half of Luton’s dangerous striking partnership, Elijah Adebayo has a lot to like about his game. Quick, confident and always working hard for his side, he will give Town’s backline plenty of headaches as he attempts to play off their shoulder and get in behind them. One of the main reasons Luton play without the ball and look to break, Adebayo is someone Town are going to have to be wise to.

Harry Cornick
Perhaps the home side’s best known player and certainly one of their most dangerous, Cornick also scored a midweek brace. Lightening quick and central to all of Luton’s best attacking play, he also laid on two assists in their midweek 5-0 win. Having won Luton’s Goal of the Season, Player of the Season and Players’ Player of the Season awards last season, it’s no secret how important the 26 year old is to his side. To win at the weekend, Town are going to have to keep him quiet.

Town Head Coach Carlos Corberán will provide a further update on the fitness of his squad during his virtual press conference on Friday 1 October 2021.

KIT
Town will wear our famous blue and white stripes against Luton on Saturday.
You can purchase yours by CLICKING HERE!

HOW TO WATCH
Town’s allocation of 1,032 for Kenilworth Road has SOLD OUT.

LUTON AWAY SUPPORTERS GUIDE
Travelling to Luton on Saturday? You can CLICK HERE to access their full guide for away fans, including refreshment prices, accessibility information, local places to visit and more!

After a slow first half for the Terriers, they came back out after the break to pile the pressure on Luton.

The hosts were the more dominant side in the opening 45 minutes, applying pressure to Town throughout.

Luton’s first half chance of the game fell to Harry Cornick in the fifth minute, but his shot went straight at Lee Nicholls.

There was potential for the hosts to ahead in the 13th minute, but Elijah Adebayo was unable to meet the cross, and Luke Berry slipped as he attempted to shoot, sending his effort harmlessly wide.

The 17th minute saw a corner for Luton, but Tom Lees was able to clear it.

Sorba Thomas shaped a clever ball through to Ward, but it was cut out on the way past the last man. Ward did well to regather possession, but unfortunately his off-balance strike goes wide.

The hosts were handed a free kick in the 27th minute. James Bree stepped up and after a bit of pinball, Glen Rea volleyed from the edge of the box and saw it deflected.

The resulting corner was punched clear by Nicholls.

Luton’s biggest chance of the half came in the 39th minute. Luton won a throw in on the right, and Amari’i Bell saw his resulting shot come straight back off the cross bar!

The hosts were able to keep the ball alive and saw Adebayo get a shot off from the edge of the box. Thankfully, Nicholls was able to get down quickly to save.

The 42nd minute saw Town’s first yellow card of the game, as Thomas was belatedly booked for supposedly stepping on Rea’s ankle.

As the clock ticked into the final minute of the first half, Thomas worked in a wicked cross for Ward, but, despite flying towards the ball, the striker just wasn’t able to get on the end of it.

The Terriers came out of the blocks fasted in the second half, with Josh Koroma winning a corner almost instantly.

The initial header was headed away, and Scott High’s following half-volley was deflected out for another corner, which was also headed away and eventually went of play for a goal kick.

Koroma tried an effort of his own to get Town ahead, getting in from the left and trying to cross. Unfortunately, it was deflected, and Simon Sluga was able to catch it.

At the centre of the action again, Koroma won Town a free kick in the 53rd minute. The ball was drilled in low by Thomas, and turned behind for a corner, which was consequently headed away.

Lees was booked in the 58th minute of play for bringing down Adebayo.

The 62nd minute saw the Terriers’ best chance of the game. Some great play down the left between O’Brien and Koroma created space for High to feed Danel Sinani inside, but his left footed effort went just wide!

Sinani built on Town’s pressure, sending another strike from distance! Unfortunately, this one was straight at Sluga.

Some great pressing from Ward forced a Town corner in the 76th minute, but it was cleared.

Sarr received Town’s third yellow card of the game for a foul on Henri Lansbury on the edge of the Town third.

The resulting Luton free kick is headed behind for a corner, which Nicholls punches away well.

Town were awarded a free kick in the 84th minute. Pearson attacked Thomas’ cross, but saw it go marginally wide before it was flagged for offside.

A huge chance for Town to go ahead came just moments later. Some great play from Koroma set Toffolo free in the box, but unfortunately the latter saw his strike go over.

Both sides continued to try and get the match winner, but the full-time whistle blew, seeing both sides walk out of Kenilworth Road and into the international break with the points split. 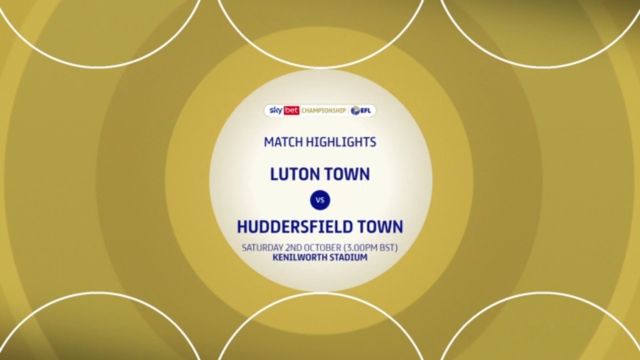 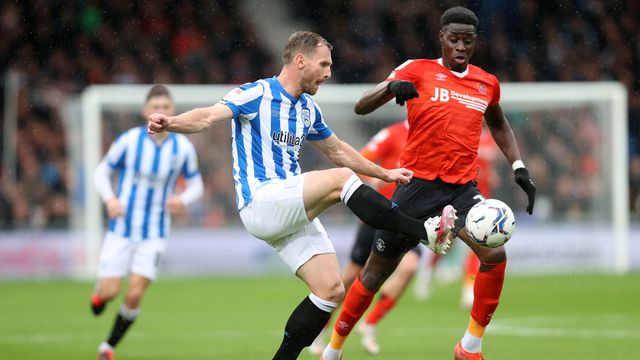