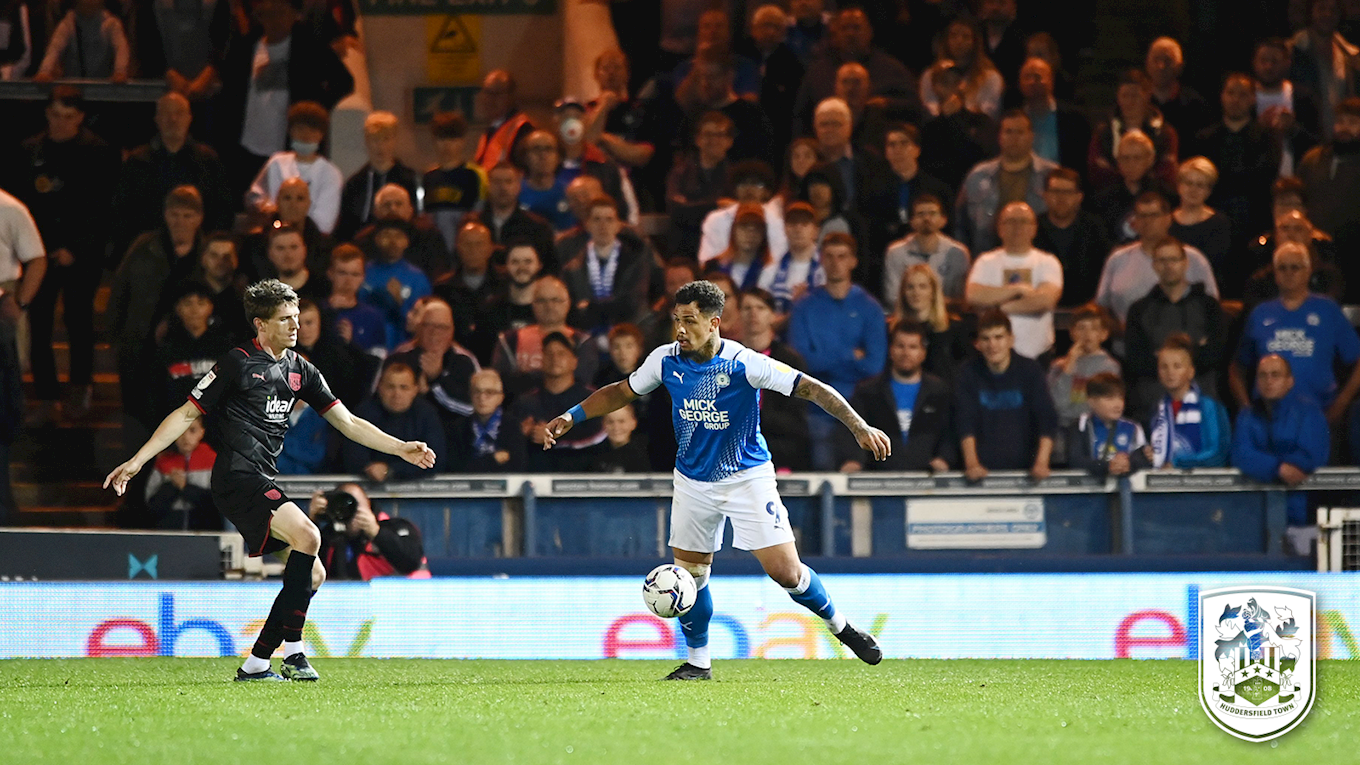 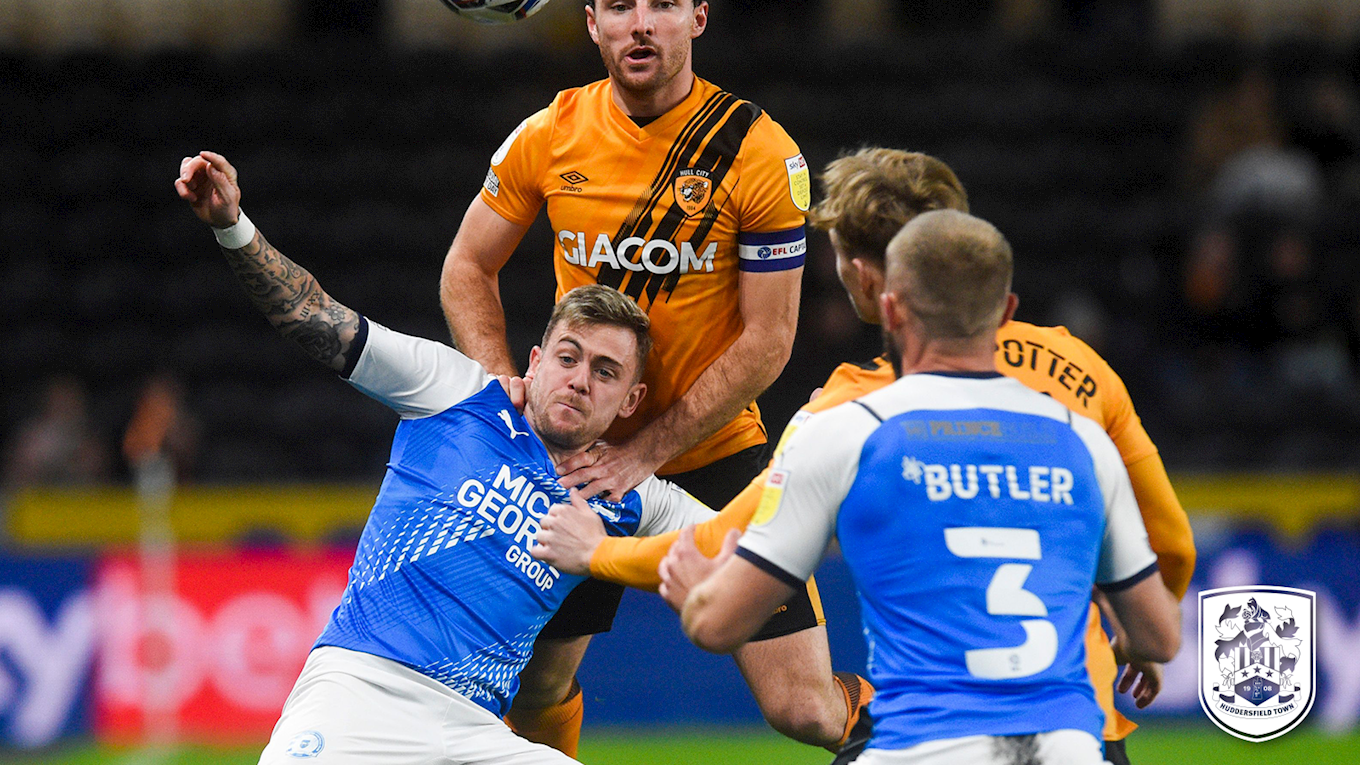 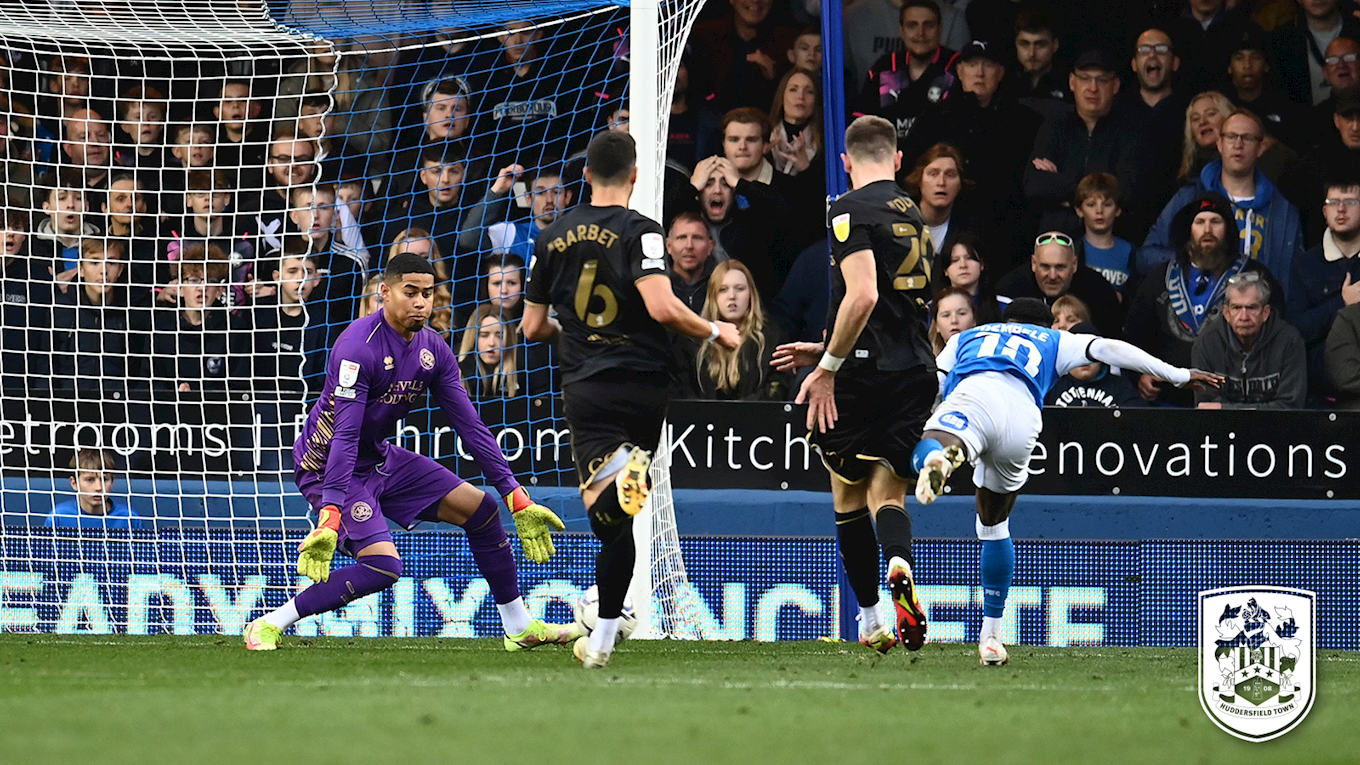 Huddersfield Town were unfortunate to only take a point from a frustrating 1-1 draw with Peterborough United at the Weston Homes Stadium on Tuesday evening.

The game got off to a quick start for both sides, with lots of pressing in midfield, but neither side able to establish control.

The first half chance of the game fell to the hosts in the seventh minute. Siriki Dembélé attempted an overhead kick inside the box, thankfully, it was straight into the arms of Lee Nicholls.

Town began to establish more control of the ball, but there was still no clear-cut chance for either side until the 18th minute.

Some great work from Sorba Thomas saw him fire in a fierce cross toward Danny Ward, whose first-time effort went just wide.

Town received a free kick in the 26th minute, but it came to nothing.

Moments later it was the hosts’ turn for a free kick. Thankfully, it was headed half clear before Lewis O’Brien finished the job.

Ward was at the centre of the action again as the clock marked the end of the first third. Duane Holmes’ drive bounced back off the crossbar to the forward, who turned it in only to see the offside flag go up.

Peterborough responded almost instantly to the threat, with Nicholls being called into action for the first time. Town’s no.21 came off his line smartly to stop a dangerous looking counter.

Matty Pearson provided some great play down the right wing to win the ball back twice on the run, before feeding Sorba in to cross.

Thomas received Town’s first yellow card of the game as the clock marked 45 minutes for bringing down Dembélé.

As the stroke of half-time came round, Peterborough had a chance from the resulting free kick. The ball ricocheted around the area before Nicholls was able to save it and get it clear.

The Terriers started the second half with one change. Scott High came on for Jonathan Hogg, who had received medical treatment just before half-time.

Tom Lees showcased a HUGE challenge to keep the scoreline level just minutes after the restart. Sammie Szmodics burst through Town’s defence as Peterborough countered, but Lees was there with a perfect tackle to take the ball away and allow Nicholls to pick it up.

The Terriers had their first chance of the half in the 50th minute. O’Brien teed up Harry Toffolo who sent the ball straight to the top corner. Unfortunately, Dai Cornell unleashed a good save to deny the defender.

Just moments later, Toffolo was booked for bringing down Dembélé after Peterborough had cleared a Town corner.

Another great chance for the Terriers came in the 53rd minute! O’Brien fed Thomas down the right, whose flashed cross found Holmes at the far post. Unfortunately, it was just too quick for the latter to control!

The hosts made a double change, which saw them begin to look slightly more purposeful in attack.

The 62nd minute saw Harrison Burrows try his luck for Peterborough. He cut in on his left foot and tied to bend the ball past Nicholls, but it was straight at the ‘keeper.

Following a break in play for an injured assistant referee, a half chance fell to Town. Toffolo fizzed an effort across the box, but no one was able to turn it in.

Moments later, the Terriers were handed a free kick in a good position as Dembélé brought down Holmes. Unfortunately, it came to nothing.

However, Town would go on to break the deadlock in the 74th minute! A great break from Town led to a corner, which Thomas went to take. Levi Colwill reached highest to head the ball back across goal, and Wardy was there to smash a great hit on his left boot straight into the back of the net!

The home side responded to falling behind by upping the tempo. Town did well to keep the pressure off.

O’Brien received the Terriers’ third yellow of the evening.

Peterborough found an equaliser in the 84th minute through Jonson Clarke-Harris. He was quickest to get to Burrows’ cross and head it past Nicholls.

The final minutes were end to end as both sides went in search of a winner, but the referee’s whistle blew, seeing the points split at the Weston Homes Stadium. 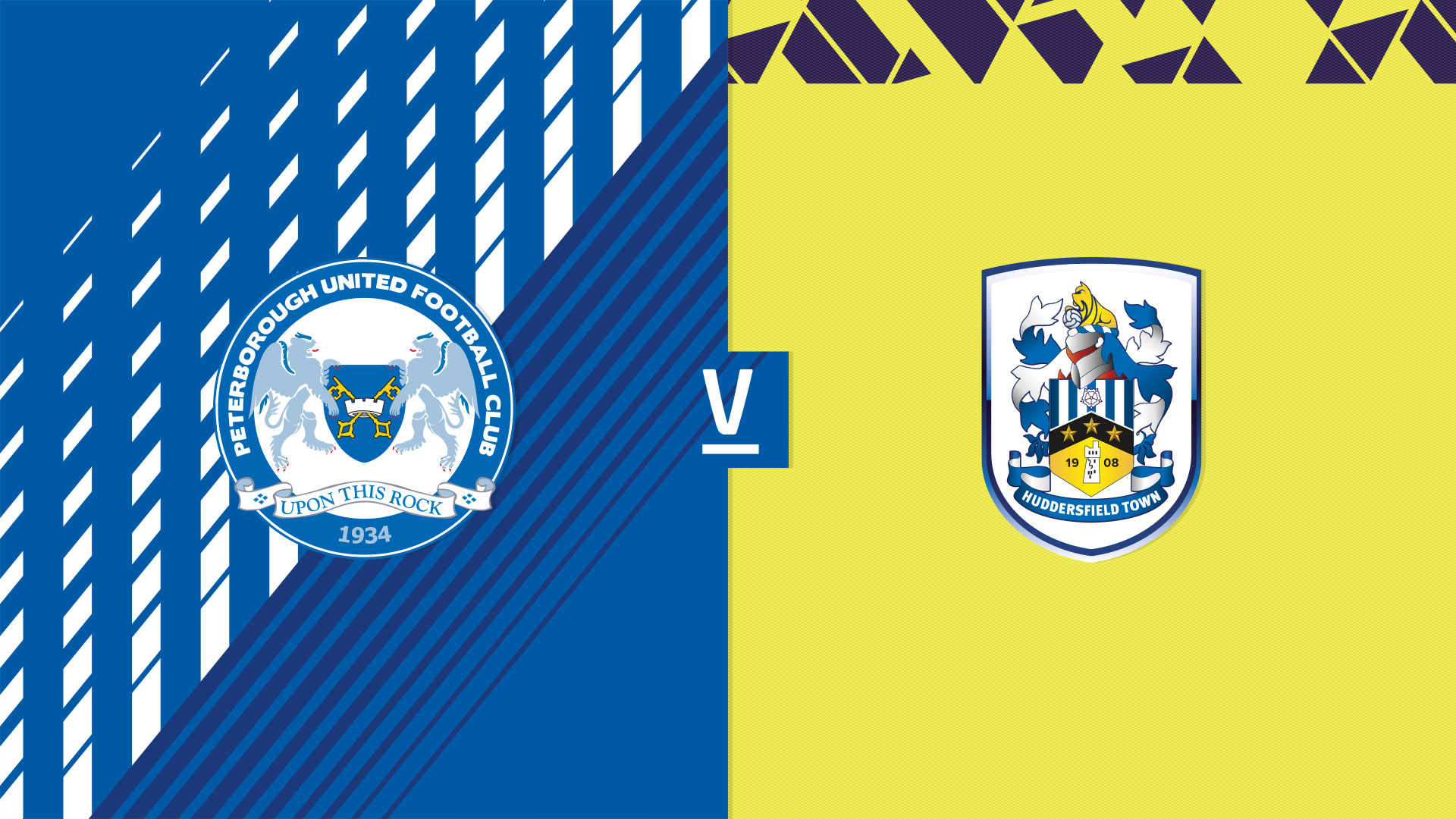 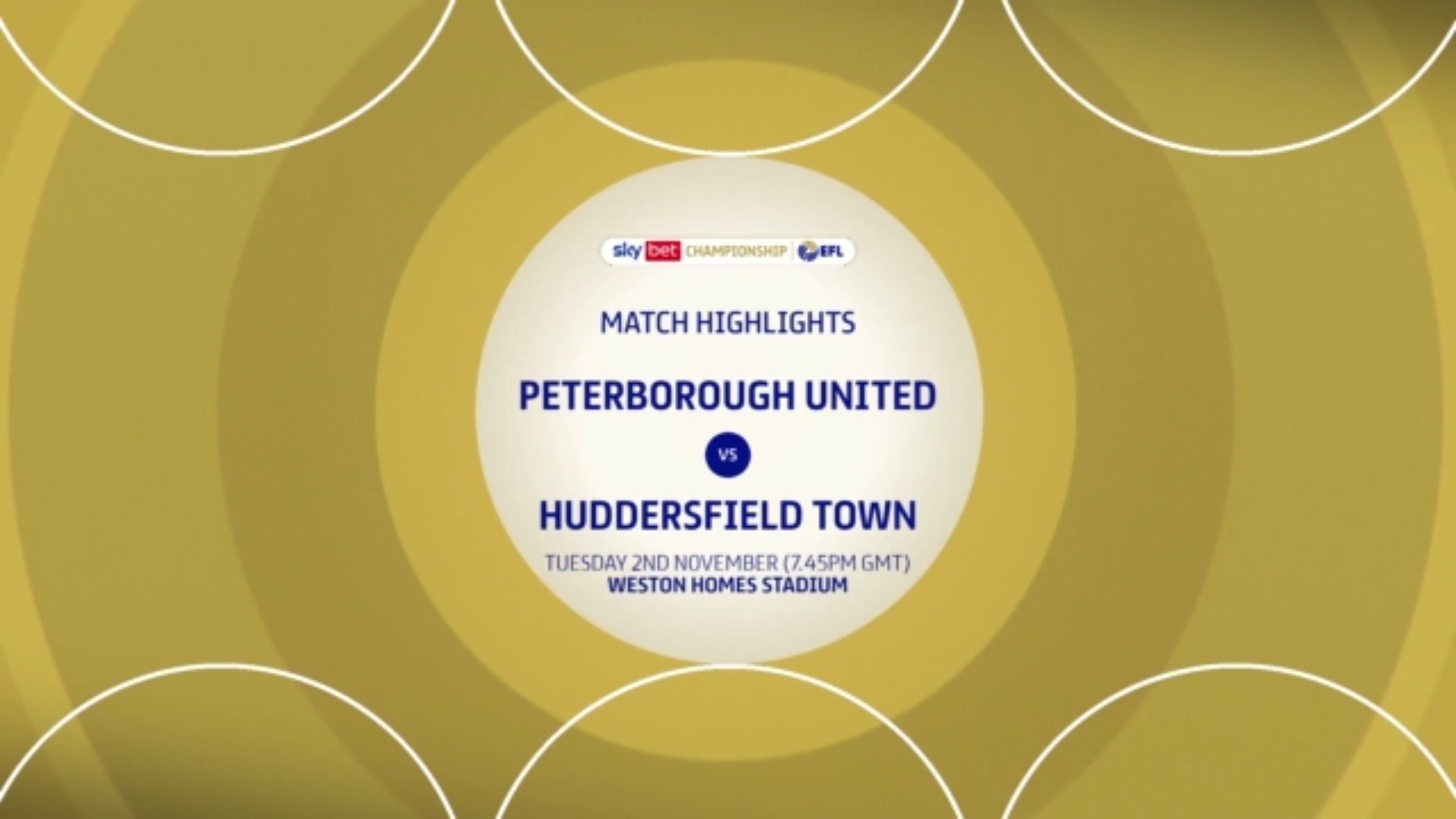 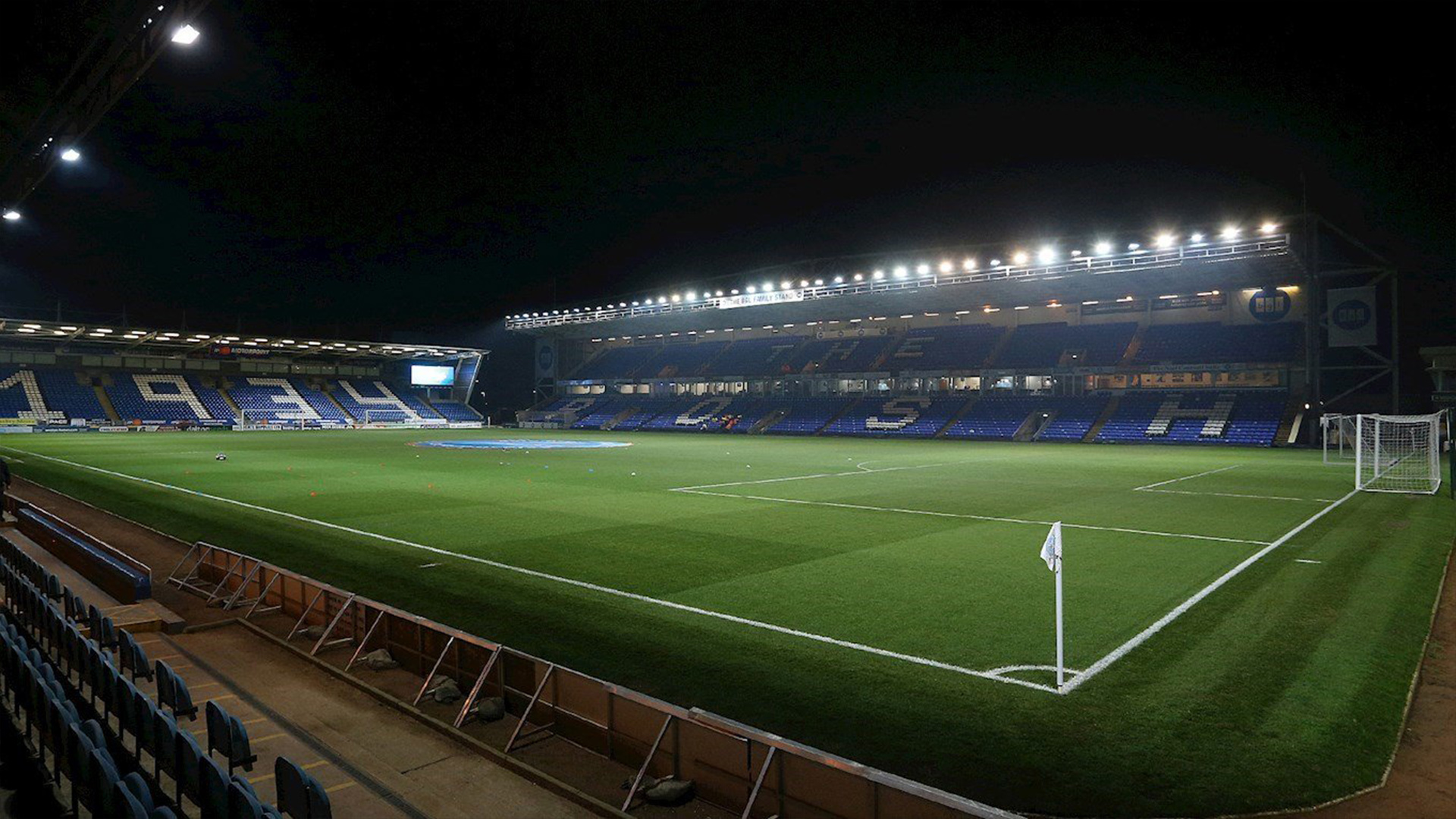