Huddersfield Town are back in Sky Bet Championship action on Saturday 11 December 2021 when they welcome Coventry City to the John Smith’s Stadium; 12.30pm kick-off.

Town go into Saturday’s game looking to build on their 1-1 away draw to Barnsley.

Coventry come into the game off the back of a 2-1 defeat to West Bromwich Albion. 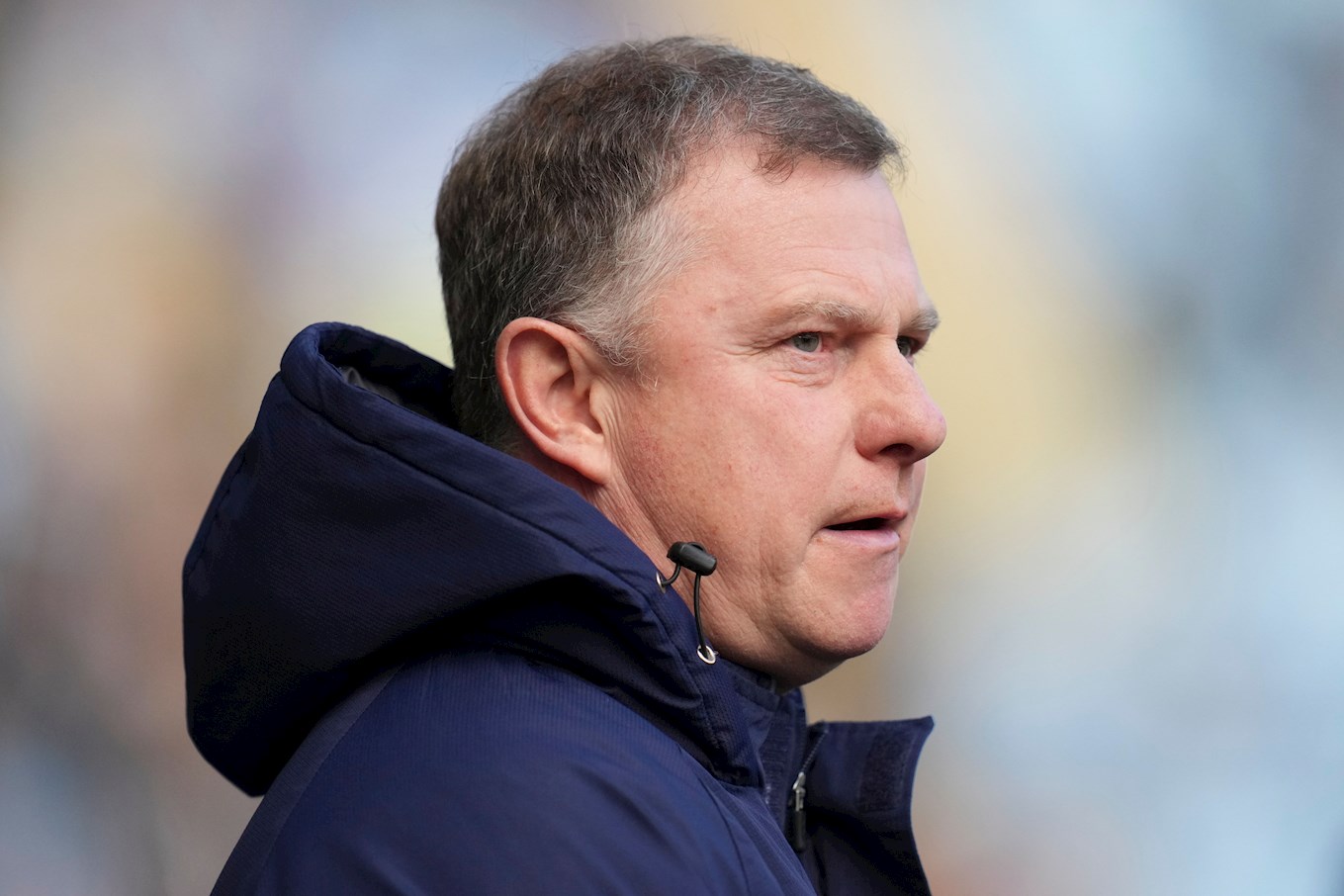 Coventry will be looking to get back to winning ways when they come back to the John Smith’s Stadium on Saturday.

Gyökeres initially joined Coventry City on loan from Brighton & Hove Albion in January 2021. He scored on his first appearance at St Andrew’s, netting the first goal in the Club’s 2-0 win over Sheffield Wednesday. Following a successful loan spell, the forward returned to the Sky Blues on a permanent contract ahead of the current campaign. This season has seen the 23-year-old make 21 appearances so far, scoring nine goals and bagging two assists in the process. 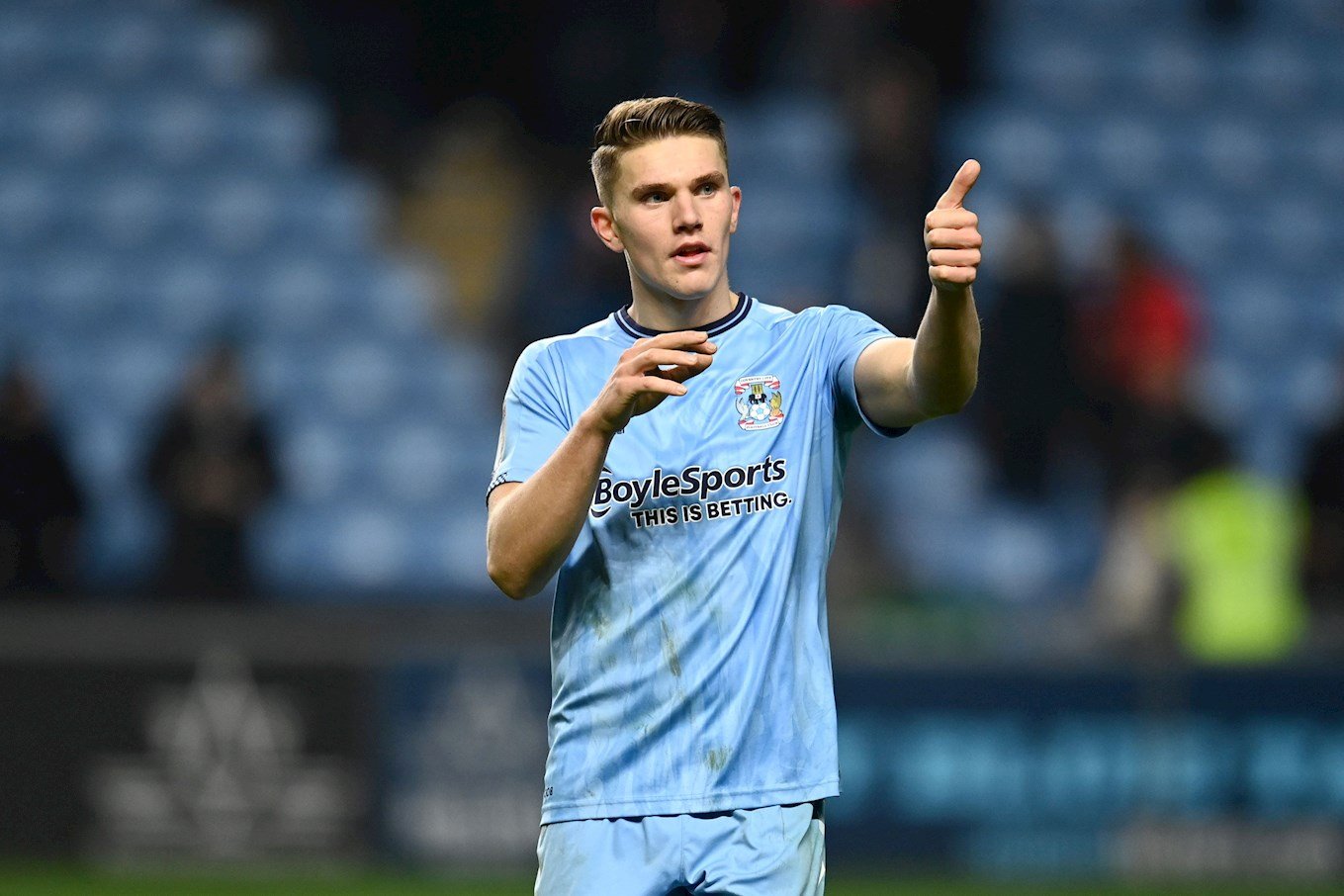 Another player who initially joined the Sky Blues on loan, the midfielder signed a season-long loan deal in August 2019. He went on to make 40 appearances and score four goals for Coventry before the season was suspended. Following his release from his parent club, Aston Villa, in June 2020, Hare signed a permanent three-year contract with Coventry City the following month. So far during the current campaign, the 23-year-old’s scored once and got three assists in 21 appearances. 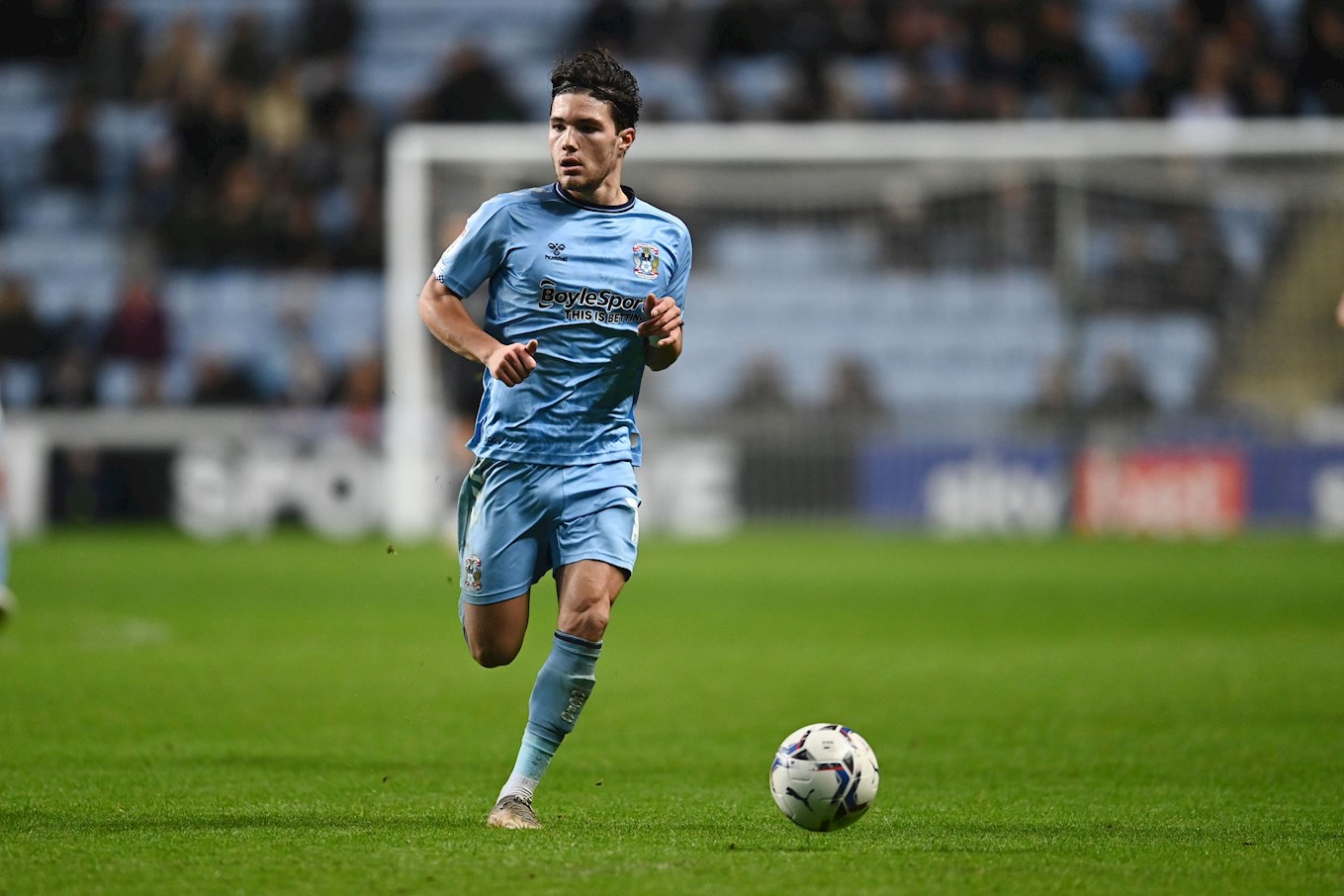 The 34-year-old signed for Coventry City from Burton Albion in May 2019. He scored his first goal for the Club in their 3-2 win against Queens Park Rangers in September 2020. A mainstay of the Sky Blues’ starting XI, last season saw the centre back bag one assist and two goals in 38 appearances, including one of the goals in the Club’s 6-1 win over Millwall on the final day of the season. The current campaign has seen McFadzean score three times in 21 appearances so far. 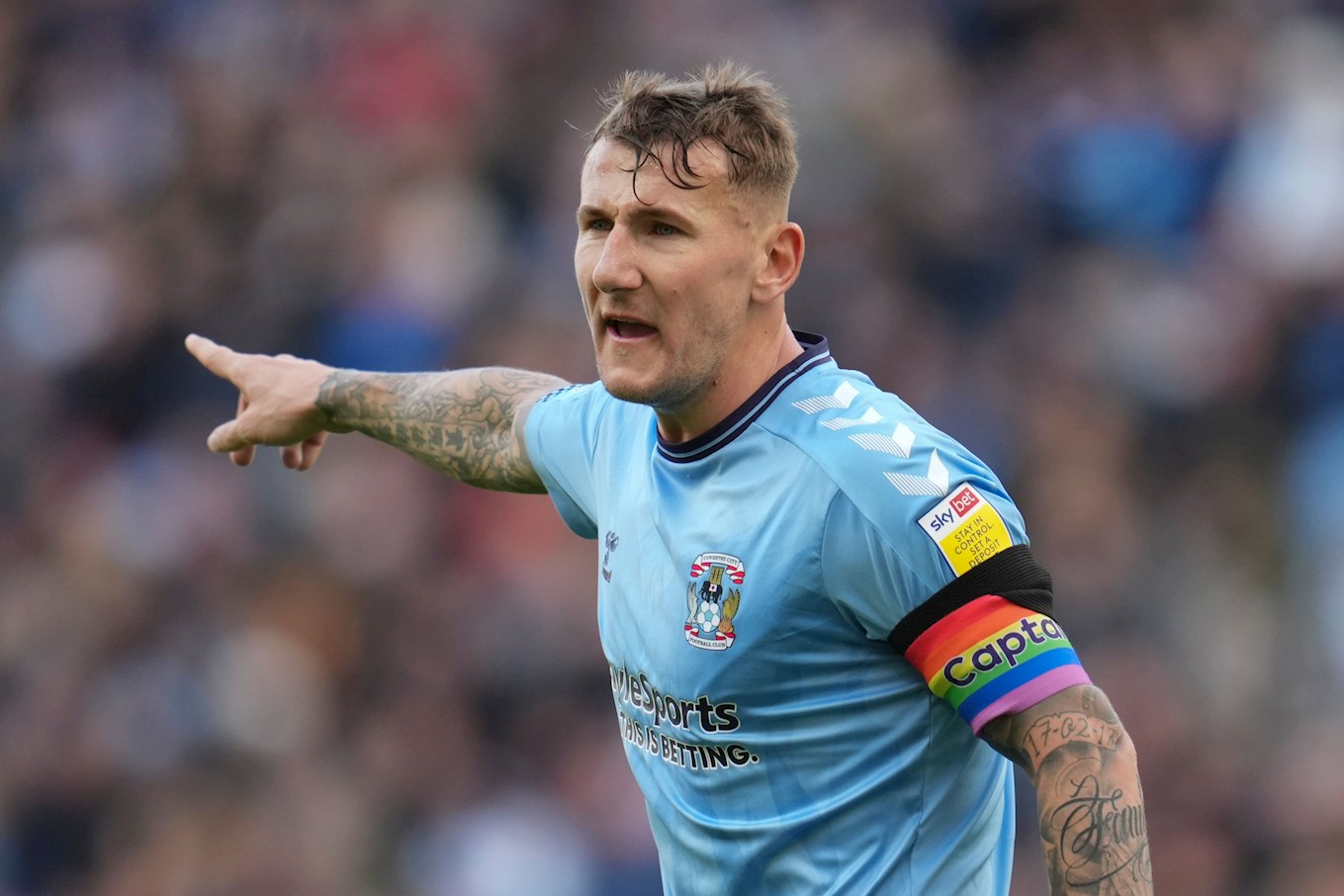 Town Head Coach Carlos Corberán will provide an update on the fitness of his squad during his virtual press conference on Friday 10 December 2021.

Despite taking the lead through Danny Ward in the first half, Matt Godden’s 93rd minute header saw the spoils shared.

The game got off to an energetic start, with both sides pressing aggressively as they looked to gain possession.

It was the visitors who had the shot of the game, with Matt Godden sending a header straight at Lee Nicholls.

Town began to grow into the game, starting with an excellent run from Levi Colwill in the eighth minute. The centre-half bombed forward to get the edge of the box and feed Danny Ward, but saw his shot blocked for a corner. Unfortunately, it was well cleared.

Town continued to grow into the game with a couple of good balls up the left, before the deadlock was broken in the 18th minute! Lewis O’Brien drove forward, passing it on to Harry Toffolo, whose pass for Ward on the edge of the box set the striker up perfectly and send his first-time finish straight into the bottom corner!

Moments later, some sloppy work from Town almost saw the Sky Blues equalise on two occasions, but thankfully Nicholls was on hand to deny them.

Coventry had a great chance to equalise in 30th minute. The visitors worked the ball into the box, before Callum O’Hare tried his luck. Thankfully, Nicholls saved it superbly with his feet to keep Town’s lead.

The visitors continued to build on their newfound momentum, taking control of the game for a period until a poorly directed cross from Todd Kane went out of play.

The 45th minute saw the Terriers’ first yellow card of the game as Duane Holmes was booked for a coming together in midfield with Liam Kelly.

Town almost had the perfect start to the second half, as Holmes came incredibly close to getting the Terriers’ second! Josh Koroma cut inside and slipped the ball to Holmes, whose shot was fingertipped onto the post!

The Sky Blues almost found their equaliser moments later, with Jamie Allen taking a shot from the edge of the box. The ball beat Nicholls, but came out off the base of the post!

Town’s second booking came in the 61st minute, as O’Brien was booked for a foul on the edge of the box.

The resulting free kick saw another excellent save from Nicholls, who did superbly to tip Dominic Hyam’s effort over!

The Terriers had a HUGE chance to double their lead in the 75th minute. A Town corner saw Campell’s shout deflected up into the air, with Matty Pearson winning the looping ball inside the six-yard box, but he headed just wide!

A Coventry corner followed not long after, with Pearson doing well to block Ian Maatsen’s shot and deflect it over the bar.

The Terriers did well to block further Coventry corners, but the visitors found their equaliser in the third minute of injury time thanks to a Godden header.

The referee’s final whistle blew not long after, seeing the points split at the John Smith’s Stadium. 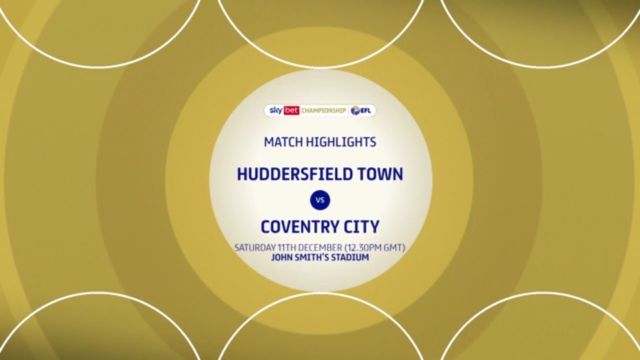 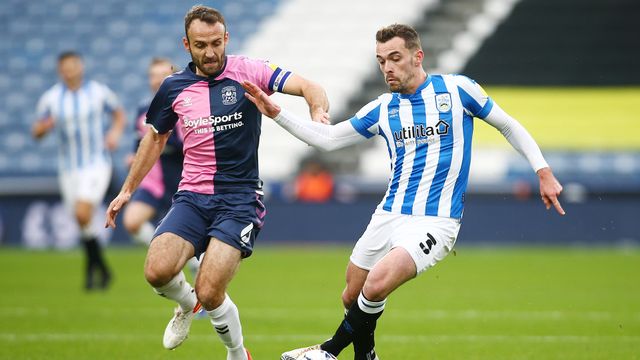