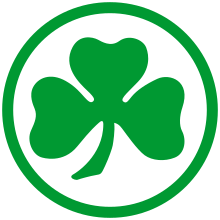 The striker’s goal in the 83rd minute was enough for the Terriers to beat 2. Bundesliga side Greuther Fürth in Austria.

The second match of the day against the German Club allowed Jan Siewert to watch almost his whole squad in action, whilst also giving the players some valuable minutes.

The sun continued to shine in Austria as the game got underway at Town’s Sportverein Brixen base, which was full of Terriers branding and supporters.

Following this morning’s match, almost the same side that finished the last 30 minutes started in this one. The only difference was the introduction of attacking midfielder Reece Brown.

The first chance of the game fell to today’s Captain Elias Kachunga after some nice football. The move started on the edge of the Town area with a clever bit of skill from Juninho Bacuna.

The midfielder then drove forwards and gave the ball to summer signing Brown, who played a first time pass to Kache. The winger cut in from the left, held off his man, and curled an effort wide.

Moments later, however, the Town ‘keeper Ryan Schofield was called into action. The Terriers cleared a corner, but the ball fell to left-back David Raum, who struck a fierce effort from 20-yards-out. The shot flew through a number of bodies in the area, but Schofield was equal to it.

The best chance of the half fell to summer signing Josh Koroma, who showed off some of his best qualities.

After receiving the ball with his back to goal from Matty Daly, the young striker span one defender and held off another as he drove into the area. However, his left footed strike was stopped by Funk at the near post.

On the half hour mark Herbert Bockhorn was replaced by trialist Moses Makasi, who made a played a vital part in the half.

The 23-year-old was the first to react when Kenny Prince Redondo was played slipped through the defence into the area. He made what many would call a goal saving tackle taking the ball off the winger as he looked to shoot.

Like the first, the second half was a real battle between the two sides with the 2. Bundesliga Club having most of the possession.

That dominance turned into the first chance of the game. Striker Benedikt Zahn, who joined the Club from Schalke in the summer, found some space in the area and fired an effort over the bar from a tight angle.

On the hour mark, Jan Siewert, like the first game, made 10 changes so all the players received the same game time.

Since those changes, the tempo of the game increased slightly with Town looking to create chances and to utilise the pace of Karlan Grant and Adama Diakhaby, whilst Lewis O’Brien and Jonathan Hogg snapped at the midfield and pressed high.

Despite this, Town’s first clear cut chance came in the 79th minute. Florent Hadergjonaj was slipped down the righthand side before putting a low, teasing ball across the face of goal. The ball fell to Alex Pritchard at the back post, he took a touch and curled an effort over from around 10 yards out.

The shout of “keep going” from Jan Siewert seemed to spur them on as they took the lead four minutes later. Jonathan Hogg released a terrific ball down the right handside to set off Adama Diakhaby. The winger cut inside and Grant connected with his in-swinging cross tapping the ball into the back of the net.

Following the goal, Town went up another gear and could’ve scored again. Firstly, Diakhaby cut in, again from the right, and had an effort, which looked to be heading into the top corner, deflected over.

From the subsequent set piece Aaron Mooy was worked into a shooting position. His curling effort from inside the area took a deflection and looked to be heading wide until it met Terence Kongolo two yards out. The defender connected with the shot, and should’ve scored, but his effort went into the side netting.

That result marks Town’s first win of pre-season and sets Jan Siewert’s side up nicely for Saturday’s game against SV Hamburger, which will take place at the Sportplatz Kitzbühel-Langau, kicking off at 4pm local time.