Huddersfield Town fans will be hopeful that Jan Siewert’s side can give them something to cheer about in the final home game of the season as Ole Gunnar Solskjaer’s Manchester United side visit the John Smith’s Stadium on Sunday 5 May; 2pm kick-off.

The Head Coach and his players will want to end the Premier League season on a high, and in doing so could end Manchester United’s hopes of clinching a top four finish.

Solskjaer’s side currently sit 6th in the Premier League table, although they remain only three points behind Chelsea who occupy 4th.

The visitors had a good chance to reduce the gap between themselves and Chelsea on Sunday, but an error from David de Gea gifted the London side an equaliser and Solskjaer’s side has to settle for a share of the points.

The reverse fixture saw Solskjaer clinch a 3-1 victory in his first home game in charge of the Club in December 2018.

However, goals from Aaron Mooy and Laurent Depoitre secured an impressive victory for Town against Manchester United during the 2017/18 Premier League season. 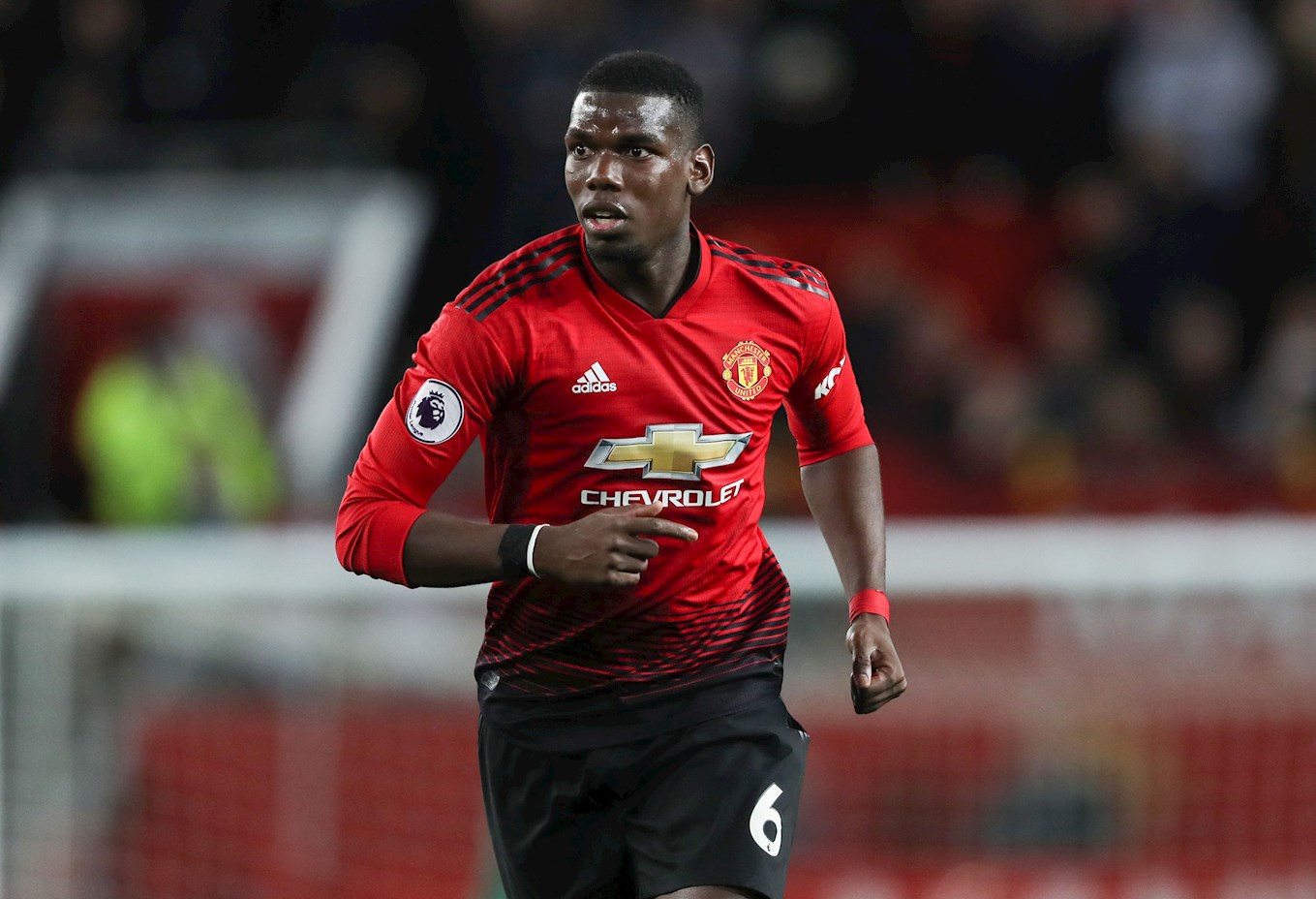 Following a successful four-year spell with Italian giants Juventus, Paul Pogba returned to the Club where he began his senior career. Since returning to Manchester United, Pogba has grabbed 31 goals and 29 assists from midfield in 133 games across three seasons. The Frenchman is currently Manchester United’s leading goalscorer in the Premier League this season with 13 goals. The 26-year-old was also included in this season’s PFA Team of the Year, the only player to be included who doesn’t play for either Liverpool or Manchester City.

Anthony Martial joined Manchester United in September 2015 from AS Monaco, and the pacey winger has since 173 appearances for The Red Devils, scoring 48 goals and providing 29 assists. Martial is one of four Manchester United players to hit double figures for goals scored in the Premier League this season, along with Pogba, Romelu Lukaku and Marcus Rashford. Alike Pogba, Martial is also a French international and the 23-year-old has currently earned 18 caps for Didier Deschamps’ side. 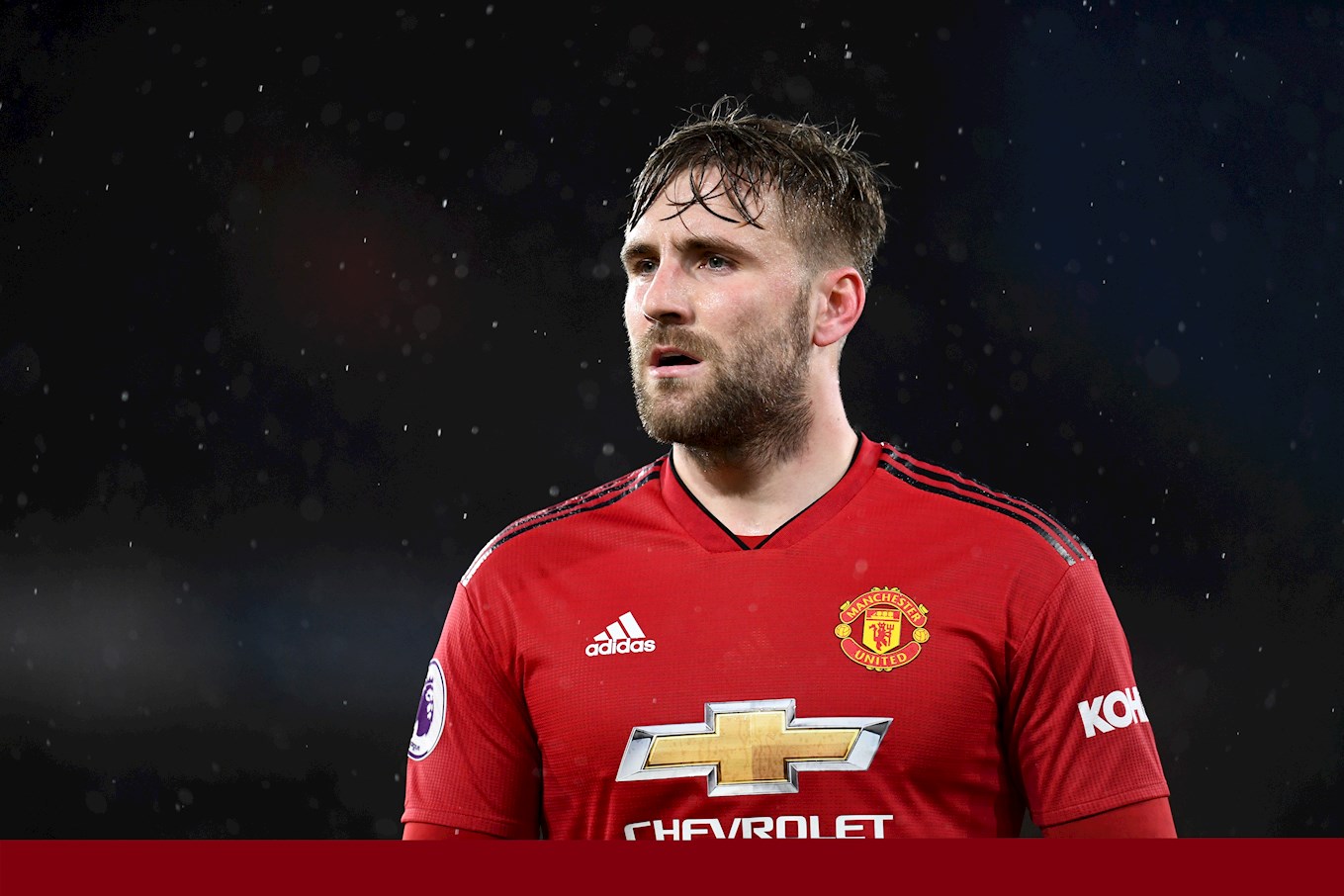 Luke Shaw has been with Manchester United since 2014 after breaking onto the scene as a teenager at Southampton. The left-back has made 105 appearances for The Red Devils and his only goal for the Club came in the 2-1 victory over Leicester City on the opening weekend of the current Premier League season. Shaw made his international debut for England in March 2014 and the 23-year-old currently has eight caps to his name.

Ole Gunnar Solskjaer will be hopeful that Marcus Rashford is fit enough to feature in Sunday’s penultimate Premier League game of the season after the striker suffered a shoulder injury in the 1-1 draw with Chelsea.

Town will be wearing the famous blue and white stripes for Sunday’s Premier League game at the John Smith’s Stadium. CLICK HERE to buy yours!

A performance that suited the occasion perfectly in HD1, as Town held Manchester United to a valiant 1-1 stalemate in the last home fixture of the season and ultimately the last of under the tenure of out-going Chairman, Dean Hoyle.

It looked ominous as Scott McTominay fired the away side into an eighth minute lead, only for Isaac Mbenza to convert one of Town's chances mid-way through the second-half to earn a richly deserved share of the spoils as the Club said goodbye to a man who's love and work for Huddersfield Town was rightfully acknowledged on an emotional farewell encounter.

There were three changes made to the Town starting XI against Ole Gunnar Solskjaer's side. Chris Löwe replaced Tommy Smith and slotted in at left-back, a shuffle which saw Erik Durm shift to the right-back role, as Alex Pritchard took the place of Steve Mounié and Aaron Mooy returned, having missed last weekend's trip to Anfield, ahead of Jon Gorenc Stanković in the centre of midfield.

As referee Lee Mason got proceedings under way in-front of the Sky cameras on a pleasant May Bank Holiday Sunday, the terraces instantly fired up the chants of 'One Dean Hoyle', to which all four stands of the John Smith's Stadium accordingly joined in with rapturous applause.

It was an odd feeling, though, as United took an early lead through Scott McTominay; although that did little to dampen the Town fans' spirits, and instead led to the noise being cranked up another impressive notch.

McTominay drilled a low, angled effort and it somehow squirmed through Jonas Lössl into the corner.

United shaded the play, but the men in blue and white hunted the visitors from over the Pennines out of possession best they could.

Juninho Bacuna showed positive intent to bring about Town's opening chance of the game. The Dutchman drove at the heart of the United defene before cutting in on his right and bending just wide of David De Gea's left post. Juan Mata also bent just wide of the target at the other end as a result of a tidy breakaway and final release flick from Marcus Rashford.

Paul Pogba spectacularly tried to finish a deep cross from Mata, involved once again just minutes later, but as the French World Cup winner leapt with unbelievable height, the finish was to be desired.

The crowd was always going to be as loud as ever on such an emotional afternoon, and the players on the field were giving it their all to harness a reward.

Karlan Grant's cross for Isaac Mbenza almost saw the latter bury a header beyond De Gea, only for Phil Jones to time a clearance to perfection and clear the lines.

Mbenza again found himself in an ideal position for a delivery. This time it was Alex Pritchard who attempted to pick him out, shimmying past Jones to work the angle and as the resulting low cross rolled, Victor Lindelöf just managed to do enough to force Isaac to blaze into the away support.

Chances were coming, but De Gea hadn't really been tested in the opening 40 minutes. The Spaniard was soon called into action, however, producing a smart reaction save down on his haunches to thwart Karlan Grant from sweeping Town level having raced onto Juninho Bacuna's inch-perfect ball through the lines.

The Red Devils, as with all the elite sides in the top-flight, have the ability to fashion chances of their own within the blink of an eye, and that's what happened as Pogba floated a header off the cross-bar as United poured men forward to double the lead before the interval.

Jan Siewert visibly encouraged the crowd to continue backing their side as the second-half ensued. Juninho Bacuna's energy had once again been a stand-out component of the Town performance despite being behind, and he initiated a shooting chance for Karlan Grant.

Played in down the right, as Juninho's run attracted a number of markers, Karlan cut inside with confidence, but unfortunately miscued his effort into the Fantastic Media Stand.

It wasn't long before Town was in-fact level, and deservedly so. Isaac Mbenza netted his first in Huddersfield Town colours to send the faithful absolutely delirious.

Jonas Lössl's sensational distribution from the goal-kick set Isaac on his way, and as Luke Shaw failed to adequately deal with the situation, Isaac was left un-contested to bear down on goal and coolly slot under De Gea to level the scores; followed by a brief stoppage in play all down to the celebrations which left the corner flag obliterated.

That equaliser raised the decibel level to unchartered territory, and once again the chants for that man Dean Hoyle rang around the stadium. The Terriers looked buoyed to push on and grab an emotionally charged victory, denting the visitors' top four aspirations in the process.

A Mata set-piece nearly unlocked the Town rearguard in the midst of the confidence-building 10 minute spell. Phil Jones met it at the near post and somehow flicked over the bar, to the despair of his manager and team-mates.

United slowly began to create chances. Rashford was the next man to squander a clear opening, sliding wide of the target when it looked easier to find the net having been found by yet another cultured assist from Mata.

If Mbenza would've gambled, he may well have notched Town's second of the afternoon. Instead, the unlikely figure of Terence Kongolo saw a deep cross evade both Isaac and Karlan Grant with De Gea allowed to collect.

United huffed and puffed as the contest drew to an exciting climax. United had two key chances to snatch the points, firstly substitute Tahith Chong denied by Lössl, before Paul Pogba rattled the bar for a second time of the afternoon, this time with a superbly powerful strike from the edge of the area.

In the aftermath, Town broke with 3-on-2; Karlan Grant brought the ball far into United's half, and as Ashley Young positioned himself well to block off the alternative options, Karlan managed to find room for the shot which was marginally kept out by De Gea who had alarmingly elected to keep his side level by the use of his feet.

Town’s final Premier League game of the season is at St. Mary’s against Southampton on Sunday 12 May 2019 (3pm kick-off).