David Wagner’s Huddersfield Town begin the New Year with a game under the floodlights as Sean Dyche’s Burnley side visit the John Smith’s Stadium on Wednesday 2 January; 7:45pm kick-off.

The Head Coach will be hoping his side can clinch all three points following Saturday’s 1-0 away defeat to Fulham.

However, the visitors come into the game on the back of a 2-0 home victory over West Ham United.

Dyche took over as Manager of Burnley in October 2012 and the former Watford boss has led the Clarets to two promotions, both to the Premier League, during his six years at Turf Moor.

The corresponding fixture saw the points shared as the game remained goalless in December 2017, with Town last beating Burnley in the Championship in November 2013. 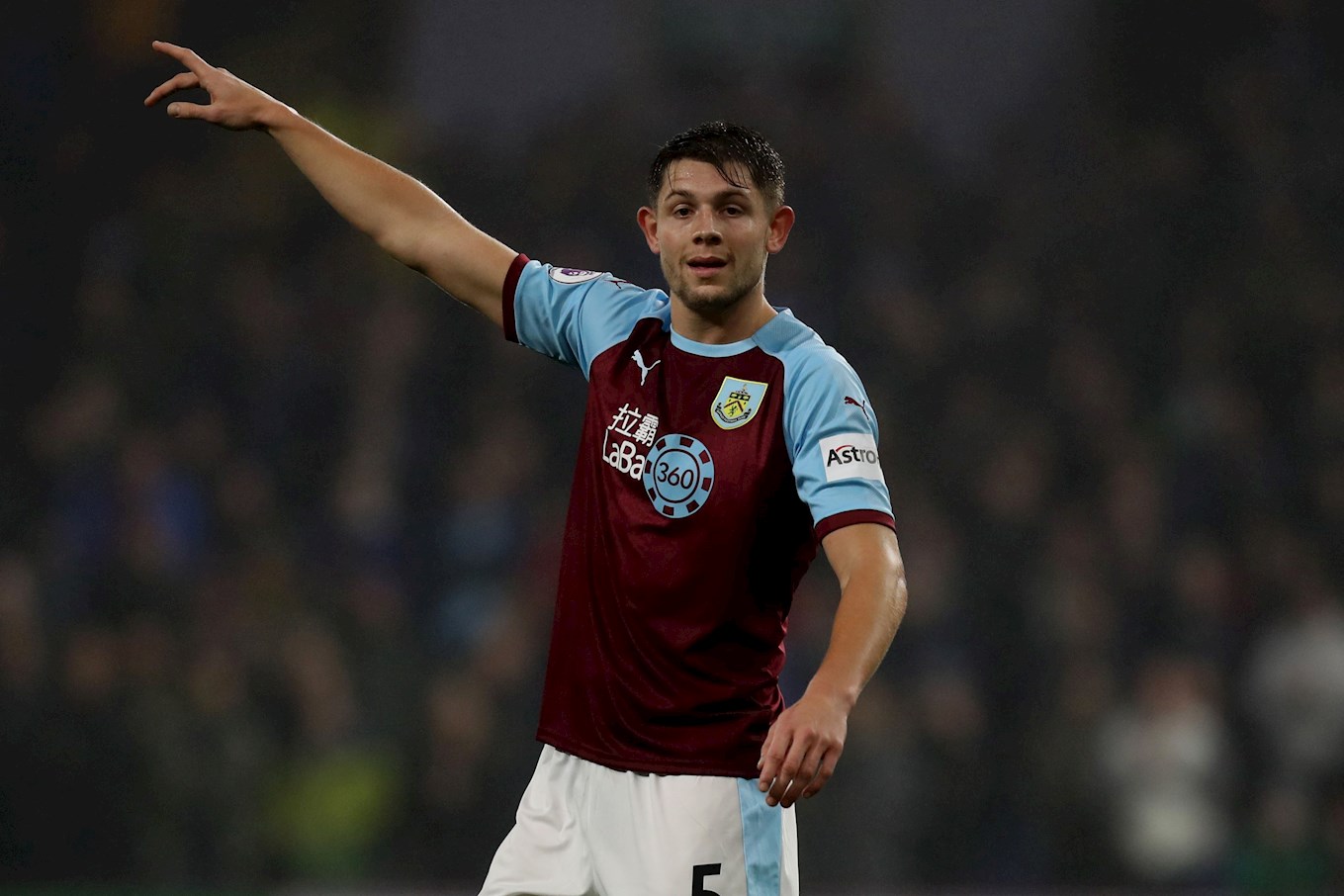 James Tarkowski began his career with Oldham Athletic before making the move to fellow League One side Brentford in January 2014, helping the Bees to promotion to the Championship only a few months later. The 26-year-old then joined Burnley in 2016 but had to wait until Michael Keane’s departure in 2017 to cement a starting place. The centre-back hasn’t looked back since then and he made his England debut in March 2018. Tarkowski has grabbed three goals so far during the current Premier League campaign. 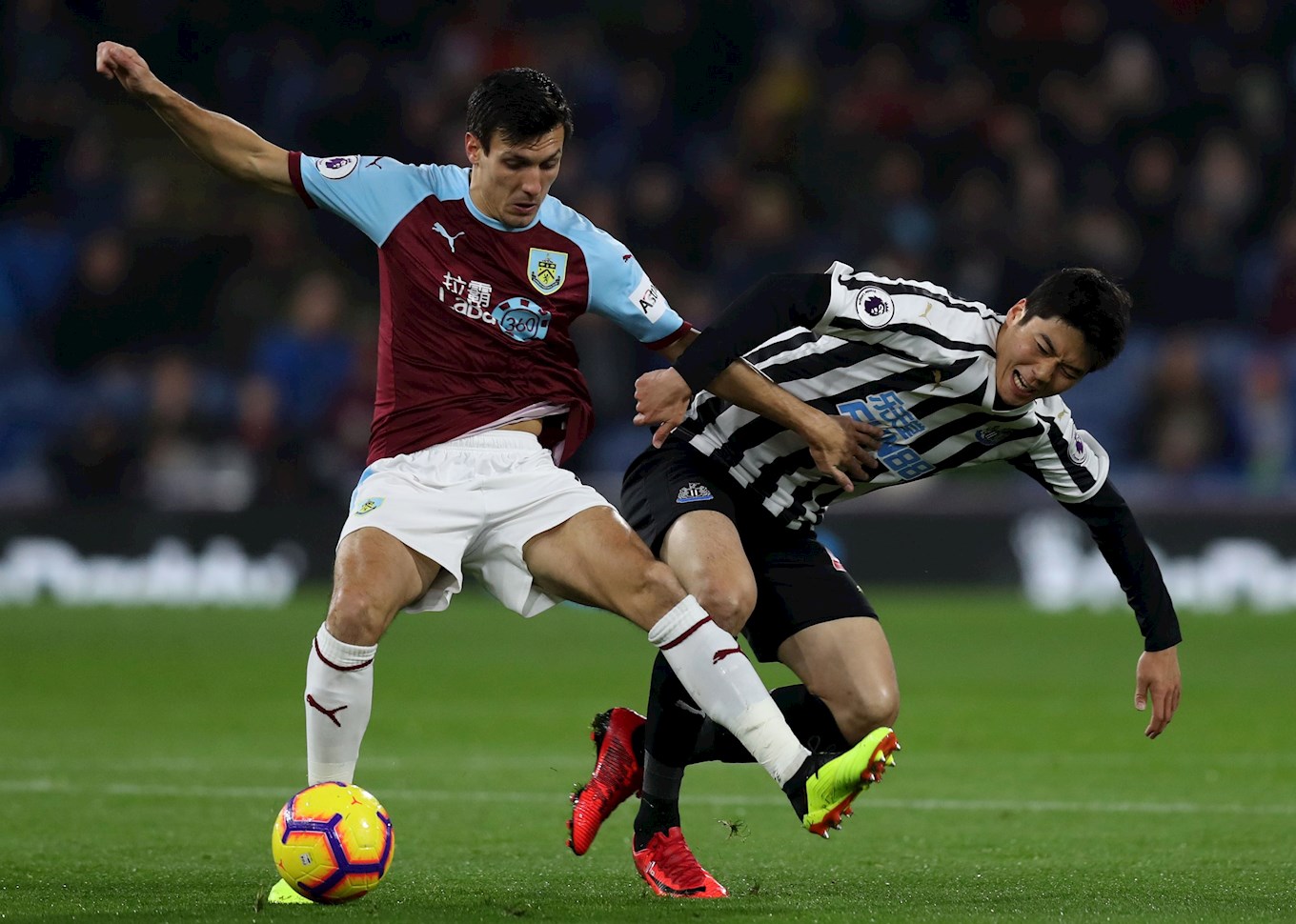 Jack Cork began his career with Chelsea before departing Stamford Bridge in 2011 to sign for Southampton. The midfielder ended the 2011/12 season as the only Southampton player to appear in every league match as he helped the Club earn promotion to the Premier League. Cork joined Swansea City in 2015 before making the move to Turf Moor two years later. The 29-year-old made his England debut in November 2017. 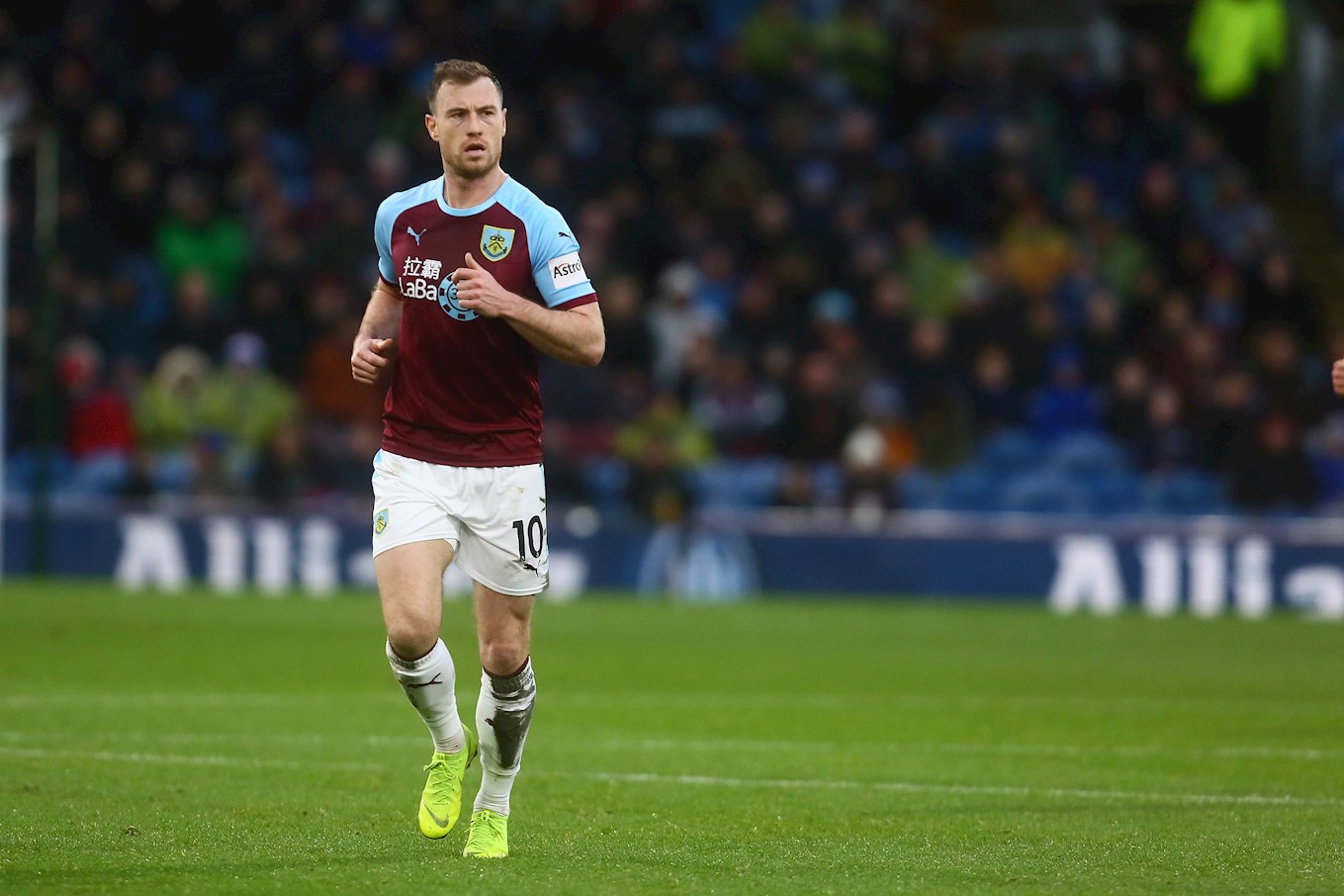 Ashley Barnes joined Burnley in 2014 and has since played more than 150 appearances for the Club. Barnes previously had spells with Plymouth Argyle and Brighton & Hove Albion. The 29-year-old has grabbed three goals and provided two assists so far this season.

Burnley full-back Matthew Lawton will be back in contention for the game against Town after missing the win over West Ham United through suspension.

Town will be wearing the famous blue and white stripes for Wednesday’s Premier League game at the John Smith’s Stadium.

Not the planned start to 2019 for Huddersfield Town as visitors Burnley came from behind to take all three points back across the Pennines in a match where a Christopher Schindler red card may well have been the turning point.

The recent fortunes looked set to have finally changed for the better after Steve Mounié netted a first goal of the season mid-way through the first half, only for Chris Wood to equalise and Schindler to see red all within a matter of minutes. Ashley Barnes sealed the victory 15 minutes from the end to make it eight games without a Premier League success.

On a night where David Wagner reverted his Terriers to a 4-2-3-1 system, two changes to the side that started at Fulham saw Elias Kachunga - making just his second home start of the season - and Isaac Mbenza in for Chris Löwe and Erik Durm respectively. Jonathan Hogg skippered against the Clarets and Manager Sean Dyche, whom the midfielder plied his trade under during a spell at Watford.

As expected, a cagey start where Sean Dyche's men set out with an organised 4-4-2. And as both teams looked to take a firm grasp, Philip Billing set the Town ball rolling for the evening, firing wide after great work from Alex Pritchard to scoot into space between the lines.

Good movement started to grow. The re-instated Kachunga followed up down the channel to cross for Steve Mounié who spectacularly fired an acrobatic attempt into the travelling support; but the intent was there to press the Lancashire visitors and create opportunities to find an elusive opener.

Isaac Mbenza's work rate has been one of the most impressive factors of his displays throughout the campaign. The Belgian Under-21 winger played a loose pass on the edge of the area which the Clarets intercepted to build a breakaway.

As Chris Wood raced clear, Mbenza had timely recovered to thwart a potential through ball from reaching the New Zealand striker and vitally halting what would've been an unchallenged route to goal.

Isaac's preservation of the Burnley break was almost rewarded minutes later; although a gilt-edged Town chance was followed by an equally good opening for the side from Turf Moor.

Firstly, a Billing long-throw reigned chaos in the visiting box, and as the ball dropped, Christopher Schindler prodded goalwards from a yard. As Schindy thought he'd found the net, it was the unlucky figure of Alex Pritchard who ultimately couldn't manage to get out of his path and the chance had come and gone within the blink of an eye.

Dyche's outfit responded as Dwight McNeil's purposeful drive worked him a generous amount of room to reach the by-line and cut back for the waiting duo of Wood and Ashley Barnes. On this occasion, McNeil's ball across the face was fortunately too heavy for either striker to get a touch.

Even at the half-hour mark, the match hadn't really come to life. Arguably the best chance fell to Burnley from a set-piece.

A flighted free-kick found the run and head of Ben Mee, who's resulting effort looked to be destined for the bottom corner. Jonas Lössl had other ideas. The Dane got down smartly to initially thwart Mee's header and James Tarkowski's strike on the rebound.

Lössl's excellent saves were the perfect tonic for Town to go right up the other end and gain the advantage.

A strike that would do Steve Mounié's confidence the world of good. After Elias Kachunga had seen a header cleared by Mee seconds earlier, Benin striker Steve powerfully headed home Isaac Mbenza's deep cross emphatically past Heaton to score a first of the season, and Town's first of 2019.

That elation was to be short-lived. Chris Wood swept home McNeil's low cross after the latter got the better of Florent Hadergjonaj to deliver.

If the equaliser wasn't enough to stomach, then it was about to get even tougher. Christopher Schindler was given his marching orders by referee Mike Dean for a second bookable offence; not the way the Head Coach would've banked on the second half drawing to a close.

Wood already had one, and the Kiwi somehow missed in the six-yard box after beating Jonas Lössl in the aerial duel to meet Ashley Westwood's corner. Thankfully the attempt dropped just wide of the post, maintaining the level game and ensuring the HD1 Club didn't have a steeper mountain to climb.

Jóhann Berg Guðmundsson fluffed a chance on the counter for Burnley. The Icelandic wide man was slipped in by McNeil, and as he bore down on goal, a concluding left-footed was tame and Jonas Lössl was more than equal.

The quality from either side wasn't all that evident, but the willingness to battle and fight for the points certainly was. Town was scrapping with every ounce of energy, but similar to the pattern that occurred in the home fixture with Brighton, they couldn't hold onto to those level terms.

Ashley Barnes tucked home from Wood's assist to complete the turnaround as the clock ticked on towards the end.

Terence Kongolo crucially managed to divert away Robbie Brady's cross aiming for the charge of Wood at the far post as things began to get really edgy come added time.

Robbie Brady saw red for cynically scything down Isaac Mbenza who'd broken free with pace through the heart of the Clarets. Billing stepped up to take the free-kick that came with the dismissal, and a peach of a left-footed strike from distance agonisingly dropped inches over Heaton's cross-bar.

2019 not off to the best of starts; there is brief respite from league action, as a Third Round Emirates FA Cup trip to Bristol City awaits on Saturday (5 January 2019, 5.30pm)