Terriers back on home soil this Saturday

For the first time since March 1972, Huddersfield Town will welcome Tottenham Hotspur to West Yorkshire in the seventh game of the 2017/18 Premier League season.

Spurs will be the first opponent that the Terriers will face who are in European competition this season, with the London side having played in Cyprus at Apoel Nicosia in the Champions League on Tuesday evening.

The likes of Harry Kane, Deli Alli and Jan Vertonghen will provide the Terriers with a stern test of their undefeated Premier League home record, but it is one that Head Coach David Wagner and the team will relish this weekend.

As the game is live on Sky Sports, kick-off has been brought forward to 12.30pm.

Spurs enjoyed a superb 2016/17 season, finishing as runners-up in the Premier League and reaching the last 32 of the Champions League. 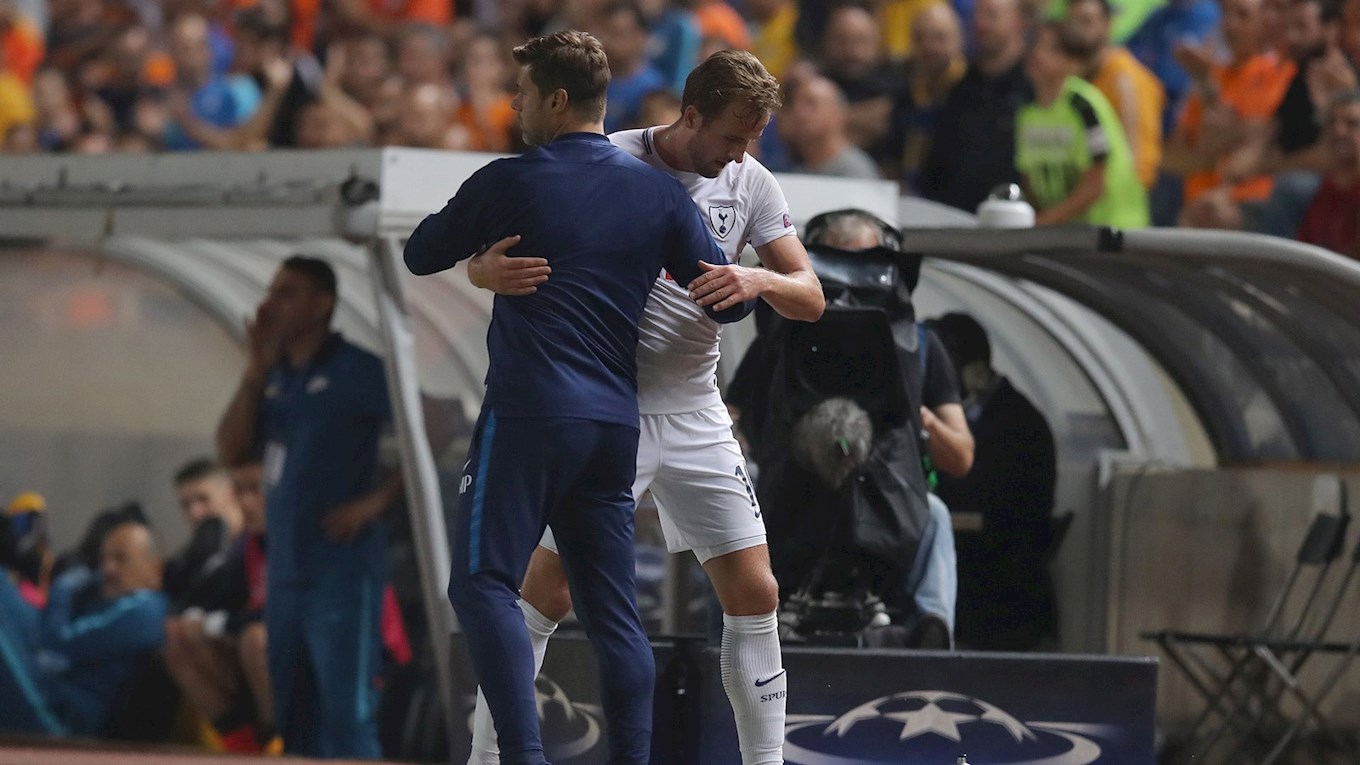 The early season signs are equally promising for manager Mauricio Pochettino’s men, who arrive in fourth place in the embryonic Premier League table with 11 points from six games.

Spurs’ form away from their temporary Wembley Stadium home has been particularly impressive; the London side has won all three top flight away games played so far this season at Newcastle United, Everton and West Ham United.

The obvious choice is striker Harry Kane, who further cemented his position as one of the world’s top performing forwards with a Champions League hat-trick in Cyprus on Tuesday night. Domestically his form is equally impressive, with four goals in six Premier League games to date. That adds to his 35 in all competitions last season.

Kane has appeared at the John Smith’s Stadium before during a loan spell at Leyton Orient. His JSS debut was lively; coming on as a substitute in the 19th minute, he scored before being sent off late on!

Another player to watch out for is Danish playmaker Christian Eriksen. With two goals and two assists to date, he’s an expert from set pieces and will need to be watched closely from open play if he recovers from the illness that kept him out of midweek action.

Further back, Ben Davies has impressed in the early stages of 2017/18. The left-sided defender – a Welsh international – has appeared as a wing back in Spurs’ 3-4-2-1 formation and has already scored this season, but was versatile enough to appear as the left-sided centre back in Cyprus in midweek too.

Spurs strengthened in the summer with a selection of astute signings.

21 year-old Colombian international defender Davinson Sánchez arrived from Dutch giants Ajax for a fee that could rise to a reported £42 million. The centre back will still be learning his trade, but already looks a great one-on-one defender in his early Spurs appearances. 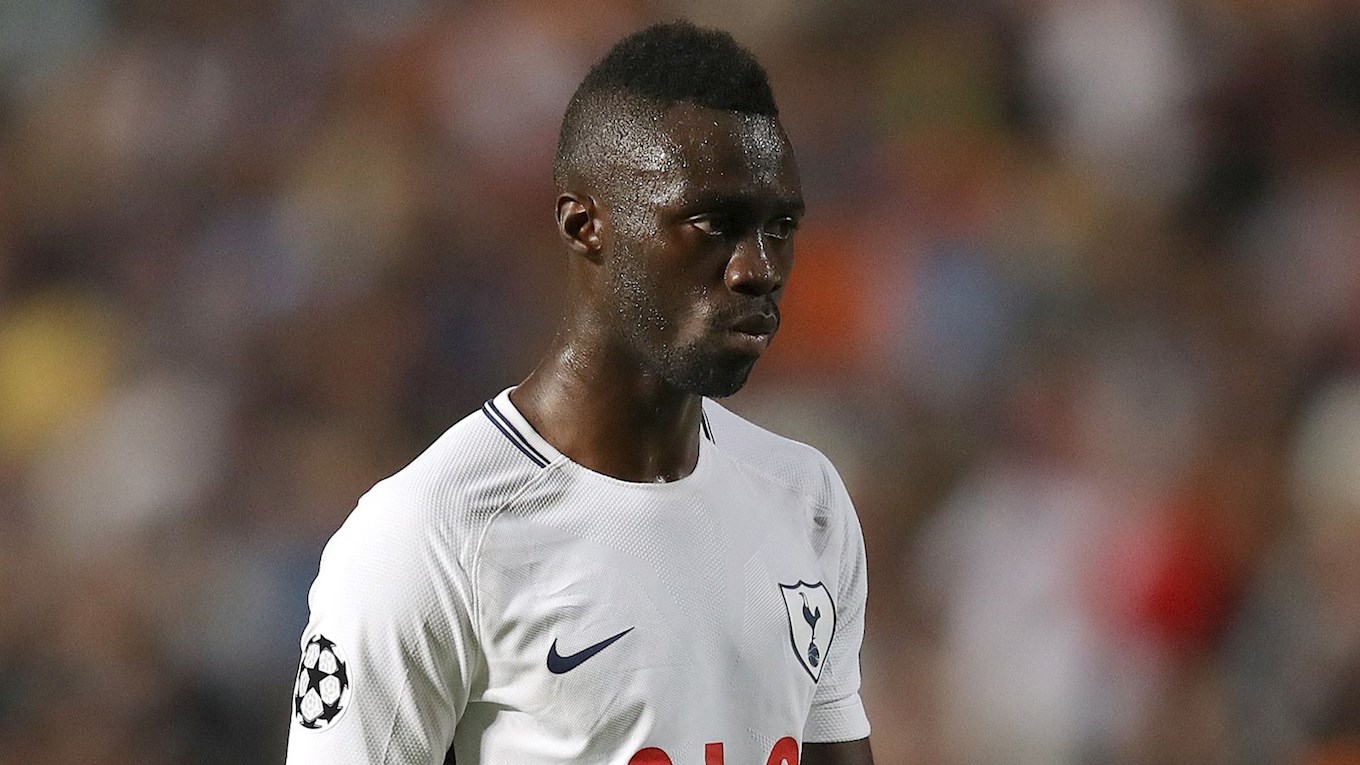 Another player who is impressing in the Spurs shirt early on is Ivorian international right back Serge Aurier, who joined the Club from PSG this summer. However, he is suspended for this weekend’s fixture.

Experienced Spanish international striker Fernando Llorente (below) was a somewhat surprise arrival to some when he made the move for an undisclosed fee from Swansea City. Very powerful in the air, he netted 15 league goals for the Welsh side last campaign and has been used as an impact player from the bench so far. 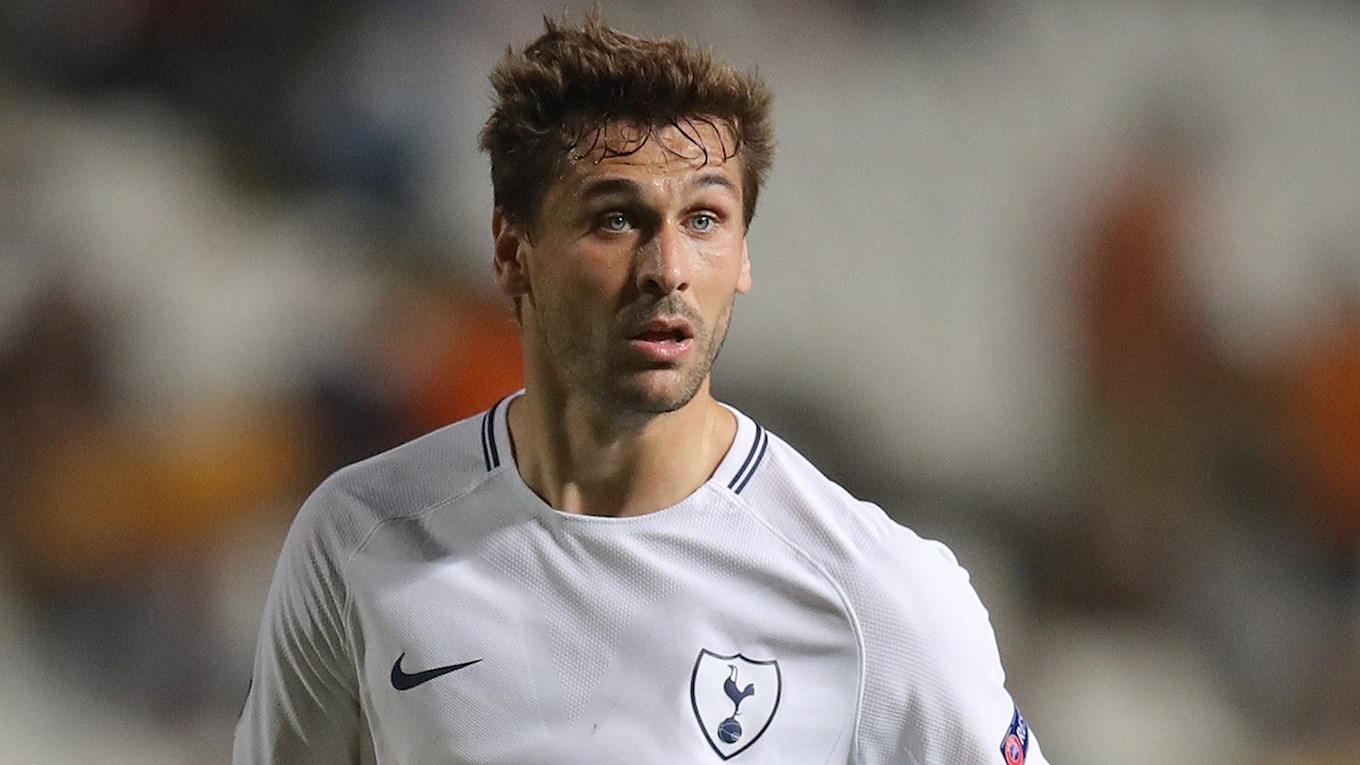 There were another couple of arrivals into the First Team squad too. Teenage centre back Juan Foyth; 19 year-old brought in from Argentinean football for a reported £8 million, whilst goalkeeper Paulo Gazzaniga was reunited with Mauricio Pochettino, joining from his former club Southampton. He’s third choice behind Hugo Lloris and Michel Vorm.

David Wagner has been without several players over the last fortnight. Striker Steve Mounié has been side-lined with a damaged heel, while Kasey Palmer (hamstring), Danny Williams (broken bone in foot), Collin Quaner (calf) and Jon Gorenc Stanković (knee) have also been missing. 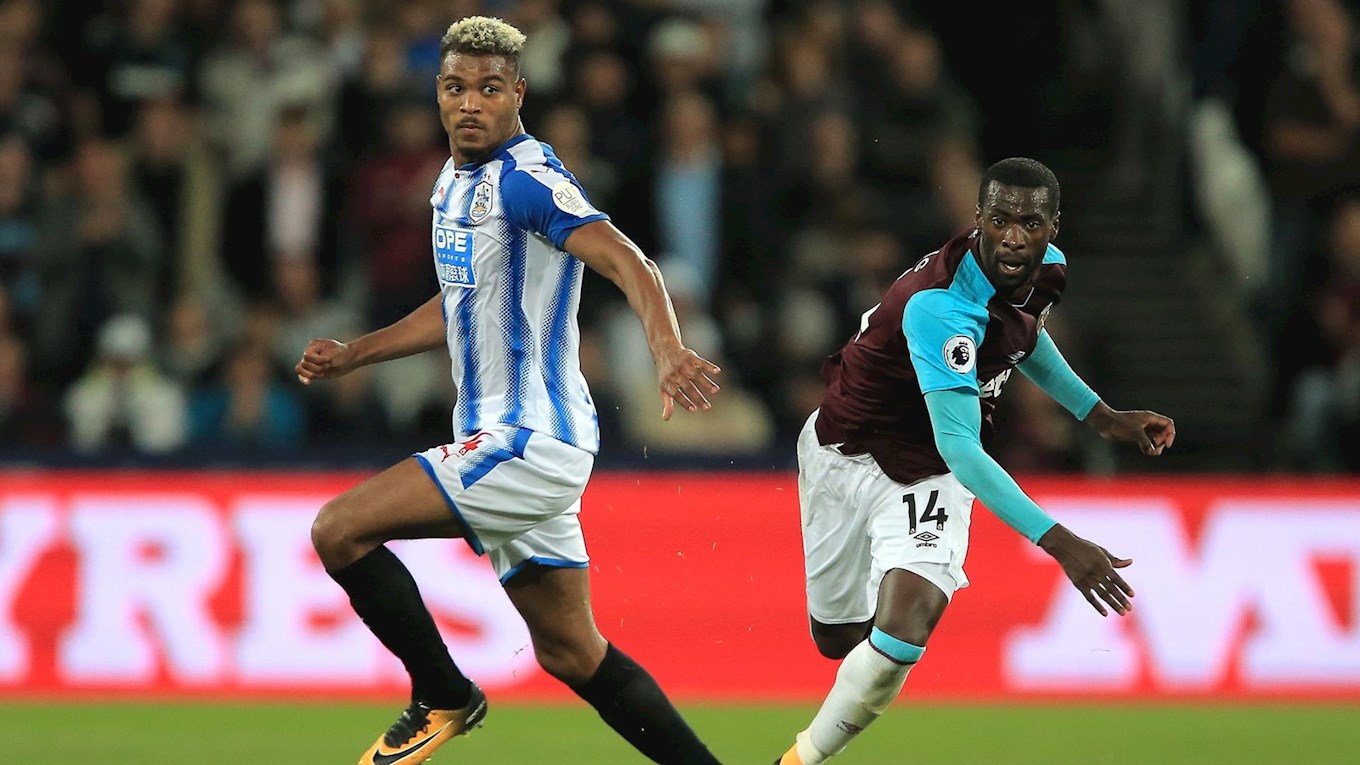 Midfielder Mousa Dembele’s injured ankle will be assessed ahead of this weekend’s game, whilst it will be hoped that Christian Eriksen recovers from the illness that kept him out of midweek action.

Defender Jan Vertonghen and midfielder Deli Alli both served European suspensions for Tuesday night’s game against Apoel Nicosia, but will be available this weekend.

Being at home, the Terriers will be in their traditional blue and white stripes at the John Smith’s Stadium this weekend.

Tickets for this game are now sold out, so Season Card holders are being encouraged to free up their seat if they cannot make the game via Terriers Exchange. Click HERE for full information.

A brace from an in-form Harry Kane alongside goals from Ben Davies and Moussa Sissoko maintained Tottenham's 100% away record in the Premier League whilst inflicting a first home defeat of the season on David Wagner's battling Terriers.

The first defeat on John Smith’s Stadium soil was virtually confirmed within the opening 25 minutes of the encounter as the visitor accelerated to a 3-0 lead in what seemed like a blink of an eye.

The north London Club's first visit to the John Smith’s Stadium culminated in Head Coach David Wagner making just the one change from last Saturday's goalless stalemate with Burnley. Rajiv van La Parra replaced Abdelhamid Sabiri, a change which saw a tactical shuffle in the attacking midfield positions as Tom Ince took up the number 10 role, with the restored van La Parra operating on the left flank. Danny Williams (foot), Steve Mounié (heel), Collin Quaner (calf) and Kasey Palmer (hamstring) all remained on the sidelines ahead of the encounter.

Early pressure from the home side would go vitally un-rewarded; Tommy Smith got the ball rolling with a left-footed driven effort bound for the bottom corner, but Hugo Lloris displayed strong wrists to deny an opener. Aaron Mooy's deep cross towards Elias Kachunga fell inches short allowing Ben Davies to flick away from danger and provide Mauricio Pochettino's men with a much-needed breather.

It was to be the visiting Champions League participants that took the lead in fortuitous style. Kieran Trippier's defensive header on the half-way line failed to be dealt with by Chris Löwe who in turn missed a clearance to open up a free route to goal for Harry Kane. The England international raced on to the said through ball and duly converted underneath Jonas Lössl to give Spurs an early advantage in West Yorkshire.

Christian Eriksen came close to doubling the lead soon after, but a determined Chris Löwe made amends for the error of Kane's strike to quickly cover round the back and sweep away the ball from the Dane's threatening amount of space.

However, Tottenham would provide substantial evidence of the quality that has seen it reign amongst the upper echelons of the Premier League over the last few seasons by adding a second just five minutes on from the initial goal of the game.

Tidy passing exchanges in the midfield area led to a lofted through ball aiming for Dele Alli; instead, Chris Löwe managed to recover vital ground to cut off that path, but sliced his clearance into the possession of left-back Ben Davies, who had advanced through large swathes of the Town half to ensure that he could keep his cool and slot the ball past Jonas Lössl with relative comfort.

To an extent, the away side's punishment of two Town mistakes would have been of a huge relief to everyone involved after seeing the first ten minutes pass through safely following Town's high intensity pressure.

Nonetheless, Spurs would up the ante from here on in; the next chance arriving in the form of an extraordinary volley from Kane after Dele Alli's neat touch to bring an aerial pass under control.

In between the flow of away chances, Elias Kachunga looked to have had a strong claim for a penalty under the challenge of Davinson Sánchez. Referee Neil Swarbrick waved away the claims and Town would have to continue endeavouring to find a way back into the contest against a strong defensive unit which had multiple International caps between it.

Back at the other end, Jonas Lössl recovered sharply from a clearance misjudgement to smother Kane's attempt of going round him, but the delight of keeping the lead at just two was short-lived due to a sublime piece of quality from the visiting number ten.

A deft touch out of his feet to gain a yard of space away from two pursuing Town defenders concluded in Kane continuing his hot-streak throughout both domestic and European competition by curling a magnificent left-footed shot past a sprawling Lössl which all but wrapped up maximum points for the Lilywhites.

Dele Alli nearly got in on the act himself by skilfully beating his marker before seeing his effort cannon back off the post.

Although having a rather damning deficit to overcome, Town continued to make the home supporters proud by playing with a superbly positive intent of making offensive waves and cause the away side issues.

The eventual home man-of-the-match, Laurent Depoitre hustled well up top and persistently hounded the Tottenham back-line when in possession, and the Belgian was inches from a reward as his drive at the heart of the defence ended in the striker thundering a long-range effort off the cross-bar.

The second period petered out into a contest which Pochettino's outfit would manage sufficiently without giving the home side any hope of mounting a come-back. Depoitre's compatriot Jan Vertonghen blasted way over the bar from distance, before Christian Eriksen darted in from the left but fired tamely into the arms of his own International team-mate Lössl.

Scott Malone's energy after being introduced forced Lössl's opposite number Lloris to be alert at his near post after a low cross aiming for Depoitre.

One of Spurs' own substitutes Moussa Sissoko failed in his first attempt to find the net having used clever trickery to square up one-on-one with Jonas Lössl, but the Frenchman gave the score-line a rather flattering look to it for the away side by nestling home a fourth deep into injury time.