Following the international break, Town return to Premier League action this weekend as they take on Bournemouth at the Vitality Stadium.

Both sides will go into the game on the back of a win having sealed 1-0 victories over West Brom and Newcastle United respectively in their final games before the break.

Bournemouth currently sit one point above the relegation zone having won three of their opening eleven games this season against Brighton, Stoke and Newcastle. 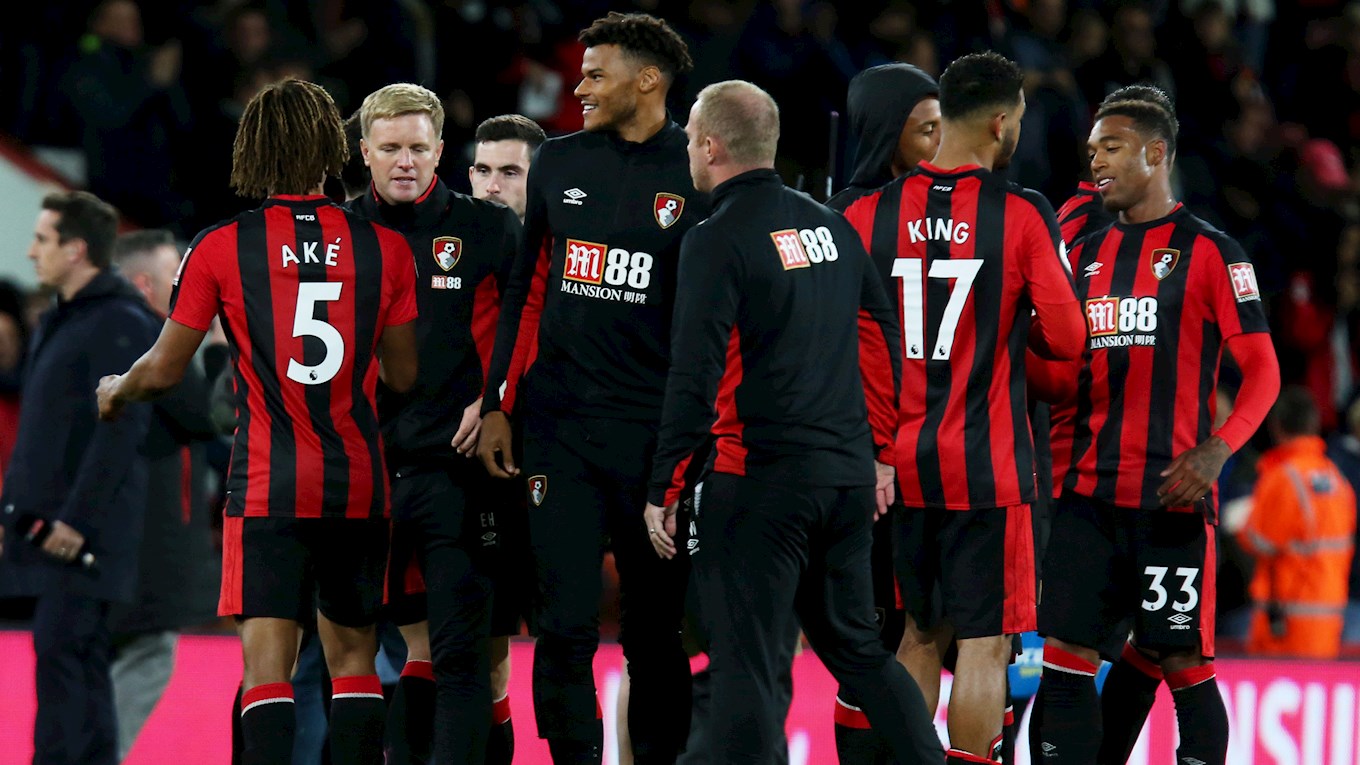 The Cherries have notched seven times from their opening games with two of those coming in their 2-1 victory over Stoke towards the end of August.

Having seen off Middlesbrough in the fourth-round of the Carabao Cup, Bournemouth have a quarter-final tie against Chelsea to look forward to on the 20 December 2017.

Andrew Surman leads the goal tally for the Cherries this season having notched twice from their opening games. The midfielder grabbed his first goal as a second-half equaliser during his man of the match performance against Brighton where his side came back from a goal down to win 2-1. 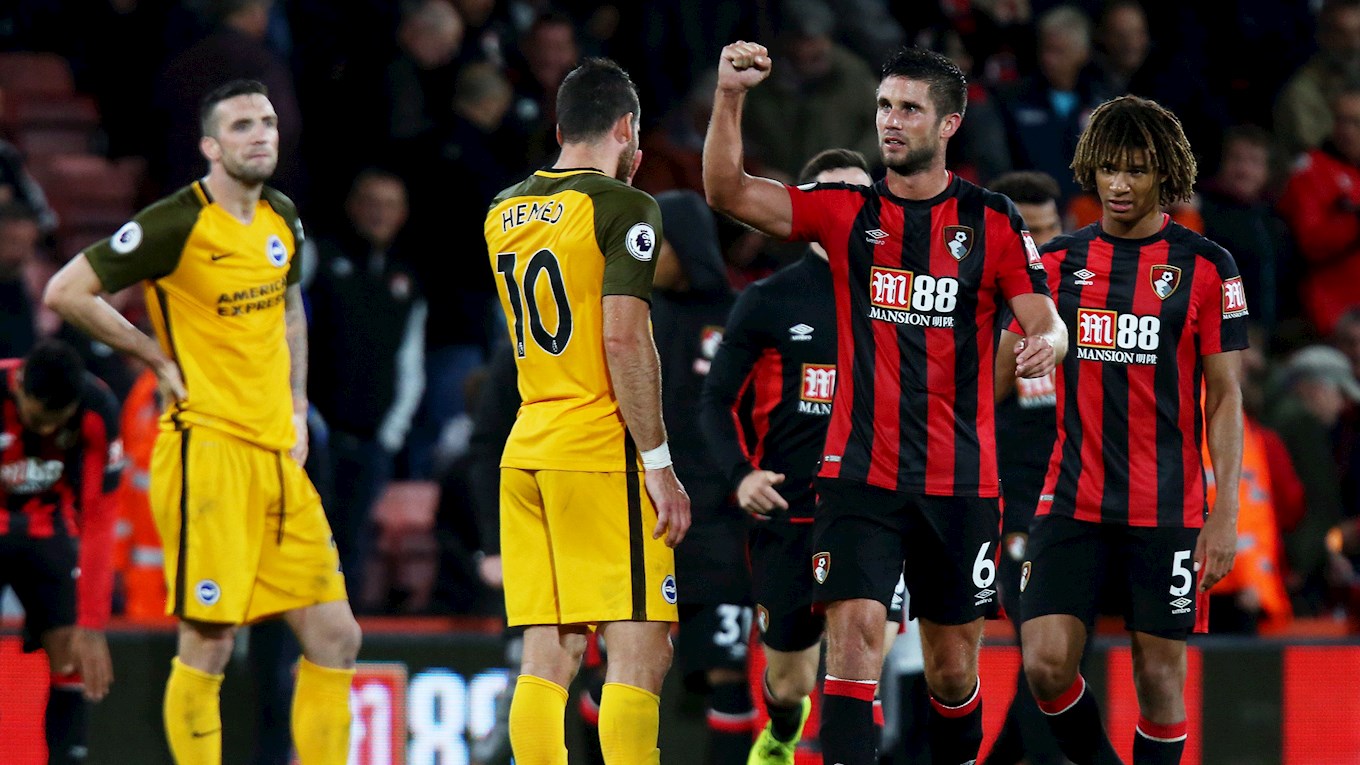 Having spent time on loan at Bournemouth last season scoring three times from his ten apperances before being recalled in January, Nathan Aké re-joined the Cherries on a permanent basis for a Club record fee in the Summer. The Dutch defender made his breakthrough in 2015/16 on loan at Watford where he made 24 apperances in the Premier League.

With 170 Premier League goals to his name, Jermaine Defoe has appeared at least once during the last 20 consecutive Premier League seasons. Having scored 15 goals in a relegated Sunderland side last season, the London-born forward signed for Bournemouth on a free transfer in the summer and has scored once this season for the Cherries. 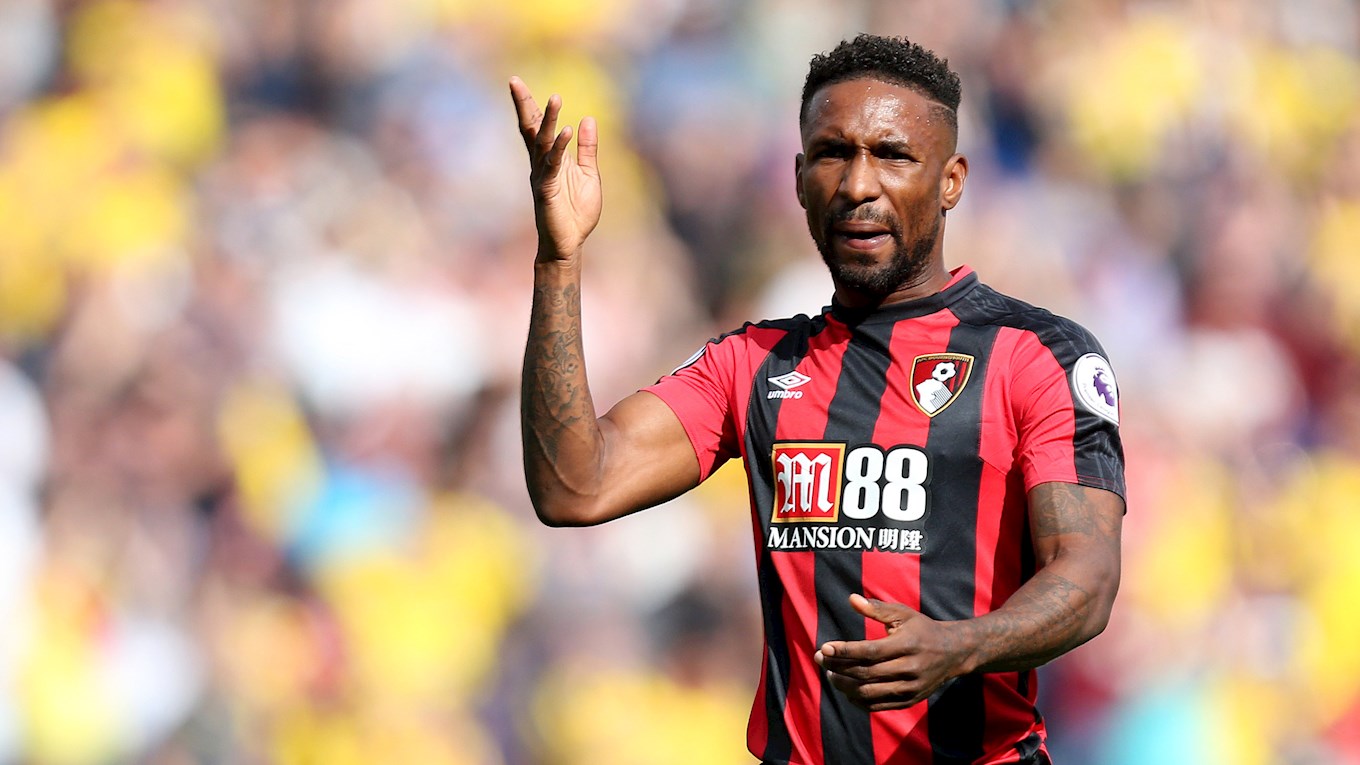 David Wagner will give an update on the availability of his squad during tomorrow’s pre-match press conference ahead of Saturday’s encounter.

Kasey Palmer continued his recovery from a hamstring injury playing 45 minutes for Huddersfield Town’s Under-23 side in its 2-0 defeat at Sheffield Wednesday on Monday.

The Terriers will be unable to call upon Phillip Billing (ankle), Jon Gorenc Stanković (knee) and Michael Hefele (Achilles) who are all still recovering from their respective injuries.

Eddie Howe is likely to be without Tyrone Mings, Brad Smith, Junior Stanislas and Benik Afobe when they welcome Town to the Vitality on Saturday afternoon.

Forward Joshua King made a return to action from injury for the Cherries in their 1-0 victory over Newcastle before the international break and is likely to feature.

Huddersfield Town will play in its blue and white home strip for the encounter at the Vitality Stadium.

Huddersfield Town has sold out its full allocation of 1,325 tickets for the game, but coach tickets are still available from the Ticket Office which you can purchase in person or over the phone on 01484 484123.

Callum Wilson's treble alongside a goal from Harry Arter ensured Town's visit to the South Coast ended in a disappointing defeat.

Town would have key chances to go ahead in the first half but were made to pay a hefty price for ruing those opportunities as Bournemouth punished the Terriers with two goals in each period.

The trip to Dorset culminated in two changes being made following on from the previous outing's victory over West Bromwich Albion. Martin Cranie took the place of the suspended Christopher Schindler, whereas Danny Williams slotted into central midfield ahead of Jonathan Hogg, who did not travel with the side due to the recent arrival of his baby son.

Joshua King aimed to nudge the host on the front foot rather early on. A sharp, positive burst through the spine of the Terriers resulted in Mathias Zanka - fresh from qualifying for the World Cup with Denmark - being nimble on his feet to time a sliding tackle to perfection ensuring that King's drive came to a relieving, premature halt.

Town's first offensive move initiated down the left, as Florent Hadergjonaj sprayed a pass out wide to an advancing Scott Malone. Malone - who previously spent a season on the books at the Vitality - whipped a low cross aiming for Depoitre, but Steve Cook recovered well to clear his lines effectively.

A flurry of superb chances would then come Town's way. The first coming in the form of Rajiv van La Parra's low strike being batted away by Bosnian 'stopper Asmir Begovic. A magnificent flowing move saw the Dutch winger take advantage of a loose ball on the edge of the area after Scott Malone had been found once again down the left from Tom Ince, who had himself produced a delicate piece of skill to excel away from his marker on the half-turn.

The second would have a strong case for the best chance of the half so far; Scott Malone again in the thick of the action after knocking the ball past Francis into a gaping hole in the penalty area, but the left-back - despite doing everything right - saw his prodded effort sail agonisingly past the wrong side of the post.

Van La Parra would then be the man who rounded off that flurry of chances after once again beating his marker in a wide position, but Eddie Howe would have the experienced Steve Cook on hand on yet another occasion to deny Town from deservedly opening the scoring.

Bournemouth countered with an electric attack chance of its own. Callum Wilson displayed his electrifying pace to sprint away from most Blue and White shirts, and with Town alarming light on numbers at the back, saw his attempted squared pass to Ibe crucially diverted away for a corner, which Irish International Harry Arter duly blazed well over the bar having received a headed clearance around 20-yards out.

But back came the Terriers; a tenacious dispossessing of Jordon Ibe allowed Tom Ince to loft a pass into the path of Aaron Mooy gifted the opportunity of a wicked, pacey delivery on the left which ultimately came to no avail as it narrowly fizzed over the head of Laurent Depoitre - another duo of Terriers who had represented their countries during the International break, with Aaron also qualifying for the World Cup after Australia's 3-1 victory over Honduras.

20 minutes in and the encounter had already developed into an exciting, end-to-end Premier League match-up. Bournemouth refused to let Town take full control, as Martin Cranie would be the Terriers’ hero on the defensive end to vitally block Callum Wilson from poking home at the near post after Joshua King managed to wriggle away from Mathias Zanka and deliver a dangerous looking cross.

Despite Town having the better of the chances, it would be the Cherries who took the lead. Callum Wilson rose highest in the centre of the six-yard box to head home Jordon Ibe's corner and hand the home side the advantage.

Wilson would double both the score-line and his own personal tally just minutes later by springing the offside trap to fire home from Andrew Surman's free-kick out on the left flank.

The quick-fire two-goal advantage had seemed to have galvanised Eddie Howe's outfit. Arter harried recent USA Captain Danny Williams out of possession on the edge of the Town penalty area before unleashing a wayward strike wide of the target.

Town instantly looked for a route back into the contest; Elias Kachunga's glancing header from Florent Hadergjonaj's inventive cross rolled once more past the wrong side of the post.

Bournemouth's threat on the break continued to rear its head. Marc Pugh's line ball to an overlapping Charlie Daniels saw the latter invitingly pull back to an on-rushing Andrew Surman who saw his powerful effort tipped over by Jonas Lössl.

Still Town pushed to reduce the arrears in the face of adversity; Rajiv van La Parra cruised into a gap in-between the Cherries defence but before a strike could be mustered, big-money summer signing Nathan Ake covered round excellently to slide away a potential threat.

Town would gain a man advantage on the brink of the interval as home Skipper Simon Francis received his marching orders after collecting a second yellow card for a challenge on Rajiv van La Parra.

The Head Coach thrust Steve Mounié into the action at the break in a bid to take the game to the 10-man host, and the Benin striker very nearly had a dream start by nodding in a deep cross, but Begovic was agile enough to quickly rush out and punch clear.

As expected, Town began to get a firm grasp of the clash, all whilst initiating moves into the box from strings of neat passes; but Town hunted that one killer moment which would propel it right back into contention of a reward on the chilly South coast.

Nathan Ake yet again showed impressive defensive nouse to correctly position himself between the steaming Steve Mounié and Asmir Begovic to cut off the possibility of Town's half-time replacement having a free run to bear down on goal.

On the hour mark, a change of shape signalled the introductions of Abdelhamid Sabiri and Collin Quaner as Town looked to continue the attacking press in order to force the home side into surrendering the precious lead.

Quaner found van La Parra surging down the right who in turn delivered a drilled cross towards Mounié, but Begovic managed to clear in an unorthodox fashion to keep the Terriers at bay.

Blue and White shirts came forward in hoards; Tom Ince the next man to witness a Bournemouth defender heroically put his body on the line to deny a rocket from flying goalwards, before that man Ake recovered sharply this time to cut in-front of van La Parra before the Dutchman could pull the trigger.

But instead of Town finding the killer touch to halve the deficit, a mistake from Malone coming out from the back allowed time and space for Harry Arter to fire an accurate effort into the bottom corner, effectively sealing all three points for the Cherries in the process.

Although the match was in truth over as a contest, Town continued to still try and work openings; the best falling for Steve Mounié who used quick feet to eventually sting the palms of Begovic.

As time ticked by towards duration, Bournemouth would score a fourth. Callum Wilson lashed home to wrap up his hat-trick after being laid in by the patient Joshua King.